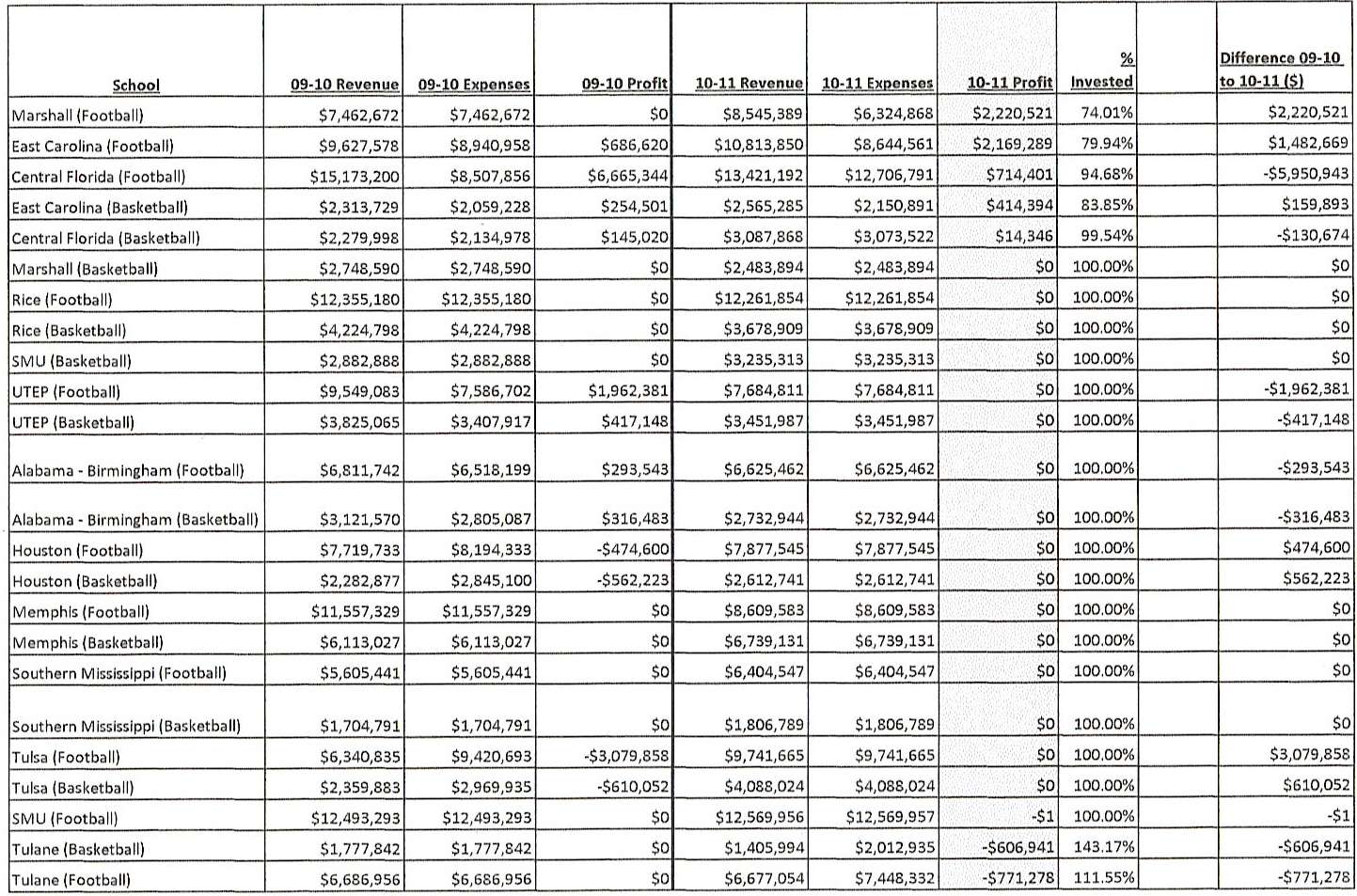 The next conference we’re looking at is C-USA. The ACC, Big XII and Big East were posted yesterday. The chart is sorted by ’10-11 profits for each football and men’s basketball program from greatest profit to least. The “% Invested” column shows how much of the specific sport’s revenue goes back into that specific sport. Please read below before viewing the financials.