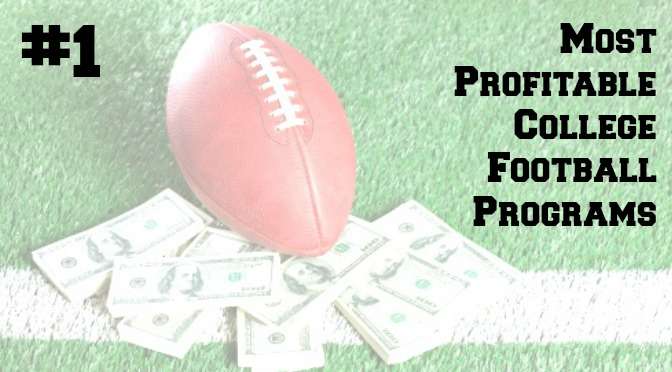 Over the next few weeks, I’m going to break down the Top 10 most profitable (with nonprofits it’s technically net revenue, not profit, but that doesn’t roll off the tongue) college football programs from 2012-2013.

What happened to the $82.3 million in excess revenue from football? Along with excess revenue from men’s basketball, it essentially funded the rest of the athletic department. Sports outside of football and men’s basketball operated at a total loss of $14.8 million, and the department had another $64.4 million in expenses not directly attributable to just one team. Texas also reported contributing $9.2 million to the University of Texas for non-athletic initiatives.

It’s also worth noting the extraordinarily high amount Texas reports for the “Royalties, Licensing, Advertisements and Sponsorships” category as a result of its deal 20-year, $300 million deal with ESPN for Longhorn Network. As I unveil the rest of the Top 10, you’ll see much lower numbers, because Texas is the only school with its own cable channel.