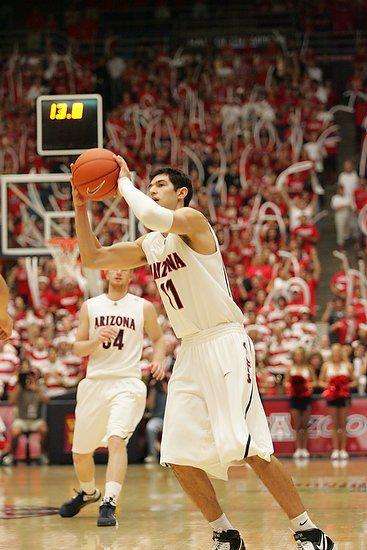 The pay-for-play debate has been raging amongst NCAA fans for some time.  In the wake of stories of recruits and players accepting improper benefits, like cars, tattoos and housing for their family, many question whether NCAA student-athletes should receive more for their athletic services to their respective university than a scholarship.

Recently, the NCAA voted to allow schools the option to provide their student-athletes with a $2,000.00 “cost of attendance” stipend.  The rationale behind this move, is that the extra $2,000.00 allotted to student-athletes will assist them in paying for the items that a scholarship doesn’t cover–like laundry, taking a date to the movies and maybe even a dinner outside of the cafeteria.

As the pay-for-play debate rages on, one voice that is not often heard, is that of the walk-on.

Each year, athletically talented young men and women walk-on to some of this country’s most prestigious college sports teams.

They attend every training session with the team.  They participate in every practice.  They watch every minute of film.  They are present on the bench for every home game.  And some even travel to every away game.

And they don’t get paid a dime for any of it.

In an age where sides are clearly divided over whether student-athletes should receive more monetary support for their athletic performance, the story of the walk-on is overshadowed.

Yet, it is the story of the walk-on that in a sense, provides the innocence and true amateur spirit of NCAA athletics, that many hope to see restored to the collegiate athletics landscape.

The walk-on is a man or woman, whose passion and love for a sport is so great, that he or she will sacrifice all free time to pursue other collegiate follies for the chance to participate in the sport for four more years.

David Bagga walked on to the University of Arizona Men’s Basketball team in 2005.  He played for the Wildcats from 2005-2009.

Bagga’s story of becoming a member of the University of Arizona Men’s Basketball team is one of determination and a love of the game.

In 2005, the Wildcats were coming off of an impressive NCAA Tournament run, which ended in a loss against Illinois during the Elite Eight.

During that same time, Bagga was working hard to further his dream of playing basketball at a Division I institution.

“I basically called over 200 Division I schools to see if I could walk-on.  Ironically, Arizona was one of the only ones I heard back from.  Jack Murphy, who is now an assistant at Memphis with Josh Pastner, said, ‘We have three walk-on’s leaving.  We need a practice player,'” said Bagga.

Bagga realized the underlying opportunity residing in Murphy’s statement that Arizona was losing three walk-on’s.  “I said, ‘I’m like 6’5”, 6’6”, I can play different positions.”

At the time, Bagga was a high school senior at Mater Dei High School in California, a well-respected private high school that is also recognized for developing the athletic talent of its students.

“Murphy said, ‘Coach [Lute] Olson [former head coach of the University of Arizona Men’s Basketball team] is going to come out to your practice.’  So he came out to Mater Dei High School and was recruiting a kid who went to Duke and later Villanova named Taylor King.  He was looking at Taylor and then he found me.  That day, Coach Olson called his coaches and said, ‘This kid can walk-on.’  During practice, my high school coach wouldn’t let me meet him.  He let fourteen players meet him.  I was the only one who didn’t get to meet him.  And I was the one trying to walk-on,” said Bagga.

Although Bagga did not get to meet Coach Olson during that practice, the coaching legend clearly saw something special in Bagga’s playing ability and made the decision to grant the young man’s wish of playing Division I basketball.

“I got the phone call that night saying that I could walk-on and that they just needed my transcripts.  I heard back after our [high school] season ended and they said, ‘Congratulations, you’ve been accepted into the ‘U,’ and you can walk-on,’” explained Bagga.

There were high expectations coming into the 2005-2006 season for the Wildcats, given their impressive NCAA Tournament run earlier that year, along with the fact that the team largely returned, save for starters Channing Frye and Salim Stoudamire.  “Everyone was calling and texting me from home saying, ‘You’re going to win a National Championship your first year,’” noted Bagga.

Yet, excitement aside, the young player recognized the importance that key relationships would play to his success as a player.

“I started building relationships with Coach Olson and with my teammates.  Two highlights from that year, were the first time I scored in front of 15,000 people at McKale [the McKale Center, where the University of Arizona plays its basketball games] and then the first meeting I ever had with Coach Olson,” said Bagga.

Arguably, it was that first meeting with Olson which set Bagga on proper footing to begin his role as a walk-on on with an NCAA Division I powerhouse basketball team.  Bagga explains,

“It was supposed to be a five-minute meeting.  It lasted 35 or 40 minutes.  He said, ‘I get where you’re coming from [with being a walk-on], but this experience can do two things for you.  It’s either going to play with your head and make you believe all these things aren’t true.  Or, if you embrace the experience, you are going to have a lot of fun here, and the experience will embrace you back.’  And that’s what it did.  So, from that day forward, in early September, I had a different outlook on everything and life.  I learned to be positive about things.  I learned to never think, ‘Me, me, me.’  It was always, ‘Team, team, team.’  That’s why a lot of students rallied behind me.  A lot of regular students would support me even though I didn’t play, because, that’s really what a walk-on is:  a regular student that puts on a jersey that gets to play for one minute a game.  It was fun.  I wouldn’t change anything, how it happened.”

Although he didn’t receive extensive playing  or a scholarship to begin with, Bagga received everything else that came along with being a Division-I athlete.

“Because I was a walk-on, I basically got shafted on everything [schedule-wise].  Weight lifting times, conditioning times, I had the earliest times for everything.  Conditioning and weight lifting was at 5:00 a.m.  The starters got to go at 2:00 p.m.  My first class was at 7:30 a.m.  The starters had their first class at 11:30 a.m.  When I didn’t have class, even though I didn’t have much game film of my own to watch, I would still have to go in and watch game film and take notes about what could be done better.  I would get quizzed on it by one of the coaches.  If I would get it wrong, they would quiz me in front of the whole team at practice.  If I missed it then, the team would have to run.  So, you had to know everything.  You had to be on-point,” said Bagga.

In October, practices began and the season truly ramped up in early November.

“During the season, there’s three-hour practices for the first month of practice.  It’s a lot of work.  It’s more a mental thing than anything else.  You tell yourself, ‘I’m going to go into class and bust my butt for 50 minutes, get the assignment and get the homework done.’  Then bam!  You’re onto the next thing.  There’s no time to mess around.  I used turn my phone off, because I had so much to do.  I was always in the front row in class, paying attention.  In four years, excluding basketball reasons, I missed one day of class,” explained Bagga.

Ultimately, Bagga’s perseverance and dedication paid off.  Not only did he obtain his dream of playing Division-I basketball, but his efforts were rewarded with a scholarship his senior year.

“It was a lot of weight off of my shoulders.  I [previously] had financial aid and a grant for being all-academic in the Pac-10.  Getting that scholarship, though, proved to everyone that I earned it.  I proved to everyone at the university—the students, players, whoever—that I could compete and be a part of that team.  Not only compete on that team, but play on it.  It felt great,” Bagga reminisced.

Not only did Bagga’s experience at the University of Arizona allow him to play Division-I basketball and graduate with a degree, but it provided him with a story to tell–that of a walk-on.  Bagga developed that story into a book, appropriately titled “The Walk-On.”  You can learn more about the book and purchase a copy here.

The Butler Way: Winning With Integrity
Effects of the NBA Lockout on NCAA Players and the NBA Draft