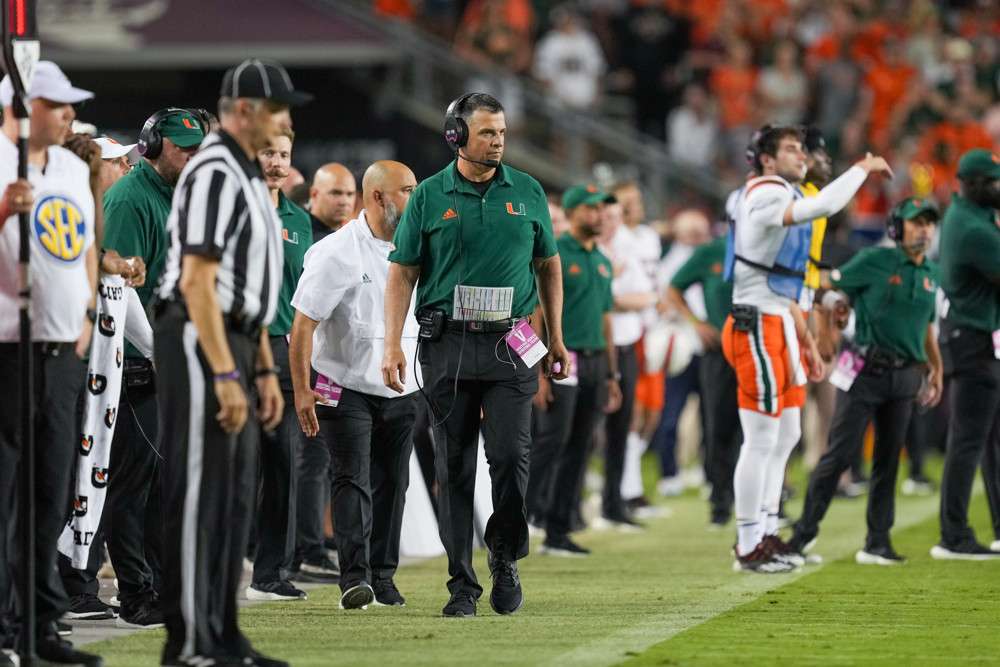 The Atlantic Coast Conference held its ground in the major realignment shifts in the last couple of years. Though the ACC is lagging behind the SEC and the Big Ten, the ACC has prominent programs across major sports, football included, and has been in the College Football Playoff conversation on a yearly basis.

While the ACC has traditionally been known as a basketball-first conference, the football programs have been pretty solid recently, too. What do these schools’ coaches make on a yearly basis? Read below to find out.

Dabo Swinney built Clemson from a run-of-the-mill program into arguably the best college football team year-in and year-out. The Tigers had an off-year in 2021, but the department still rewarded Swinney with a new contract that puts him up with Alabama’s Nick Saban and Georgia’s Kirby Smart for richest coaching contracts in college football and head-and-shoulders above the rest of the ACC.

The two sides agreed to a contract earlier this month that ties Swinney to the school for the next 10 years with a total contract value of $115 million. His $10.5 million salary in 2022 puts him just behind Saban’s $10.7 million figure and Smart’s $11.2 million average. Bonuses in the deal include a $150,000 incentive for reaching the College Football Playoff and a $100,000 championship bonus.

Virginia Tech signed Brent Pry to a six-year, $27.5 million agreement to be their head coach back in December, stealing him away from his position helming the Penn State defense. Under the terms of the contract, Pry will make $4 million in his first two years (2022 included), then escalate until hitting $5 million in 2026.

The contract also gives Pry resources to turn the Hokies’ hopes of contention in the ACC around. He will work with a $5.5 million pool for assistant coaching contracts and $2.25 million pool for support staff. Virginia Tech also included incentives for on- and off-the field performance of the Hokies’ student-athletes.

After an expensive buyout of Willie Taggart, Florida State turned to Mike Norvell in 2020 to restore the Seminoles to contender status. The former Memphis coach agreed to a contract extension last December that will keep him under contract until 2026. That final year of the contract will also bring a raise up to $6.785 million in base salary, a rise of $2 million from his 2025 figure.

Under the terms of the original six-year, $26.5 million deal, Norvell makes an average of $4.42 million in annual salary, with a salary that escalates each year.

Virginia lured Tony Elliott from Clemson to lead its football team after a disappointing 6-6 season in 2021. Under the terms of his new six-year deal, Elliott will make $4.1 million in base pay in 2022. That figure will increase up to $4.55 million by the final year of the deal.

Similar to his fellow ACC coaches, Elliott has plenty incentives for the athletic and academic performance of the Cavalier student-athletes, including bowl appearances and end-of-the-year honors.

Geoff Collins was hired by Georgia Tech to bring the football program into the 21st Century, after the Jackets ran a triple-option offensive scheme under Paul Johnson.

His contract sees him make $3,300,000 per year on average, which is actually slightly less than Johnson was making at the end of his tenure. Still, his deal through 2024 represents all of what it will take to win at Atlanta, a city that Collins calls “the epicenter of college football.”

Mack Brown’s second tenure at North Carolina as head coach has been up-and-down, but the North Carolina athletic department gave him a vote of confidence with a one-year contract extension in February. Brown will now be under contract through 2026 and will have a boost in annual salary from $3.5 million to $5 million.

Brown will have to prove that he can live up to the deal by improving the Tar Heels’ trajectory. After posting winning records in his first two seasons in 2019 and 2020, UNC took a step back last year with a 6-7 overall record and is looking to get back in the mix.

Louisville football was a mess before Scott Satterfield arrived from Appalachian State in 2019. PR headache Bobby Petrino had been given a second chance by the Cardinals but fell flat at the end of his tenure, going 2-10 in 2018.

North Carolina State may not be a national blue blood, but Dave Doeren has brought consistency to Raleigh. NC State higher-ups responded by signing Doeren to a new contract that adds on two more years and will end in 2025.

Under the five-year deal, Doeren will make $3.5 million annually, along with additional incentives available for performance.

Pitt had a season for the ages in 2021, winning the ACC Championship behind quarterback Kenny Pickett and coach Pat Narduzzi. While Pickett headed next door to play for the Pittsburgh Steelers, Narduzzi should stick around a good while longer.

In March, the Panthers rewarded Narduzzi with an extension that keeps him under contract until 2030. Though Pitt did not release terms of the deal when it was announced, Narduzzi was the university’s most highly-paid employee the past couple years, with a $4.8 million salary in 2021 according to USA Today.

University of Miami had to open its pocketbook to jettison coach Manny Diaz and steal former Hurricane Mario Cristobal away from Oregon to be its new head coach. The Hurricanes secured Cristobal for the long-term with a 10-year, $80 million contract. His new $8 million figure in annual value puts him in the upper echelon of coaching contracts in college football, though still below Dabo Swinney in the ACC.

Now, it’s up to Cristobal to prove that he can bring his success with Oregon and restore the U to its former glory.

The Syracuse Orange finished the 2018 season 10-3 and ranked No. 15 in both major polls. Dino Babers was rewarded with a new extension. All details of the deal were kept undisclosed, as Syracuse is a private university. However, a social media leak revealed that the contract may run through 2024, with a significant buyout if he is fired after the 2022 season.

Last November, Boston College secured coach Jeff Hafley to a major contract extension that keeps him in town until 2026. In his first two years at the helm, Hafley has led BC to two bowl appearances. Given Boston College’s status as a private university, the school did not release the details of Hafley’s contract.

Just like other ACC schools making major strides in the standings, Wake Forest agreed to terms with its head coach after a season that saw the Demon Deacons reach the ACC Championship Game. The new deal kept Clawson out of the most recent hiring cycle and reportedly improves his financial resources for assistants and support staff.

After an 0-8 conference record in 2021, Duke chose Mike Elko, a former defensive coordinator at Texas A&M, to lead the Blue Devils back into contention for the ACC. Duke did not reveal terms of its multi-year deal with Elko since it is not a public university.

Though Notre Dame is technically an independent, the Fighting Irish make the list here for their recent scheduling involvement with the conference. New hire Marcus Freeman, promoted to fill the role of the departed Brian Kelly, has had a rough start to his tenure leading Notre Dame, but should have time to turn around the program’s prospects.