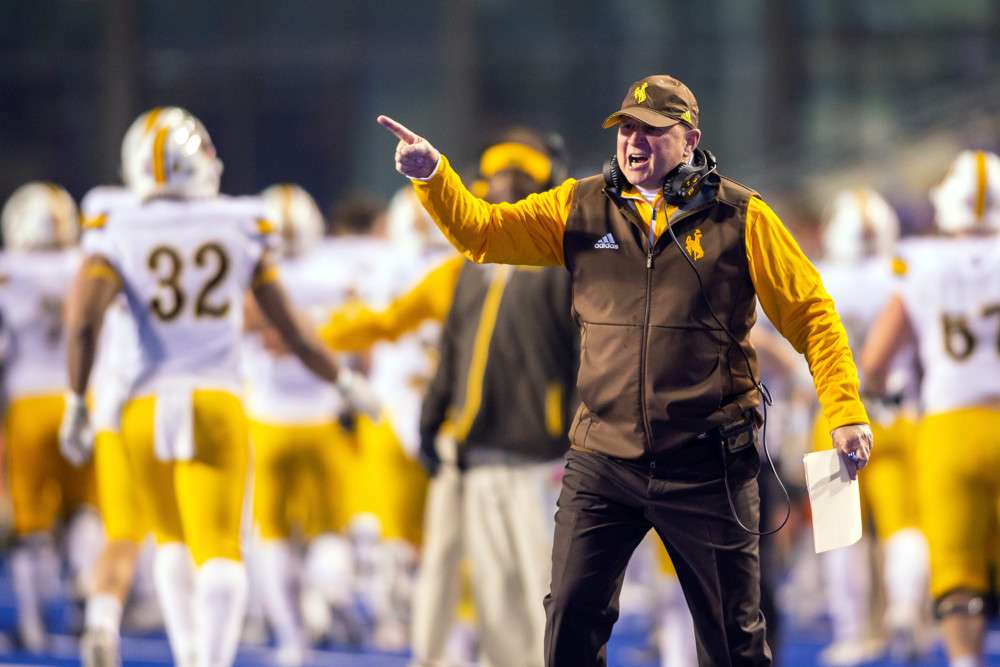 With ample experience, Bohl began his coaching career 40 years ago and has 18 years of head coaching experience. In his 2016 season, Bohl was named Mountain West Coach of the Year. His goal as head coach is to create a stable program that will continually grow year after year.

Head coach since 2017, Norvell’s original contract was the lowest among Mountain West coaches worth $2.45 million. He signed a new five-year contract earlier this year after appearing in bowl games in back to back seasons worth $3.125 million. Although his annual base salary of $625,000 ranks the lowest among Mountain West coaches, he is the highest paid football coach in school history.

Boise State recently signed a former Bronco, Andy Avalos to a five-year contract worth $7.75 million. Avalos was a linebacker for the Broncos and was on the assistant coaching staff for six years. In year one, Avalos’s base salary will be $1.4 million and will increase by $75,000 each year following the first.

Avalos also has bonus incentives in his contract that are worth up to $200,000. He will also receive vehicle and moving expenses, family travel to games, and tickets to other Boise State athletic events.

In an effort to turn the program around, the Rebels signed head coach Arroyo to a five-year deal worth $7.7 million and built a new facility worth $34.8 million. This contract makes him the 3rd highest paid head coach in the Mountain West as he is guaranteed $1.5 million in his first year. His base salary will increase to $1.6 million by the end of his 5-year contract.

Arroyo’s contract makes him the highest paid coach in the program’s history as the last head coach made $600,00 per year. Prior to signing with UNLV, Arroyo was the offensive coordinator at Oregon from 2017-2019 where he made $825,000 in his last season.

The Bulldogs signed their former offensive coordinator DeBoer to a five-year contract valued at $7 million in December 2019. His base salary in 2020 will be $1.35 million and will increase $50,000 per year of the contract. DeBoer has potential for automatic contract extensions based on the Bulldogs record and conference wins.

DeBoer was previously the offensive coordinator for Eastern Michigan from 2014-2016, the Bulldogs during the 2018 season, and Indiana for the 2019 season before returning to accept the head coach position at Fresno State. DeBoer had previous head coaching experience with his alma mater and NAIA school, the University of Sioux Falls. While with the Cougars he boasted a record of 67-3 over 5 seasons.

New and experienced head coach for the Rams, Addazio was signed to a five-year contract in December 2019. Colorado State will be paying Addazio and his head coaches less than the school’s previous coaches in order to pay Mike Bobo’s buyout.

Former head coach from 2009-2010, Brady Hoke was signed to a five-year deal in early 2020 to return to be the head coach of the Aztecs for the next five years. He will earn a guaranteed $1 million in his first year with a $50,000 increase per year.

In his prior years at San Diego, Hoke led the Aztecs to their first bowl game in 12 seasons. Since he left San Diego he has gone between coaching positions at Michigan, Oregon, Tennessee, and also with the Carolina Panthers.

After leaving Arkansas State in 2020 after serving as their head coach since 2014, Anderson led them to six bowl game appearances. He also led them to win two Sunbelt Conference titles in back-to-back seasons.

Signed to a head coaching contract in 2017 with the Spartans, Brennan signed an additional 3-year extension late 2019 through the 2024 season worth $2.55 million. In his newest contract, Brennan will earn a guaranteed $850,000 per year. In his prior contract Brennan was earning an average of $575,000 per year.

The Spartans have only had one head coach stay longer than 5 years in their program’s history. However, Brennan’s goal is to stay for at least 15 years at San José to keep the program consistent and successful.

Earlier this year Graham signed a five-year contract with the Rainbow Warriors worth $3.96 million. Prior to signing with Hawai’i, Graham was the head coach at Rice, Tulsa, Pittsburgh, and Arizona State. Arizona State fired Graham in 2017 and is still paying Graham $12.8 million worth of his buyout until 2021.

Graham will earn a base salary of $760,000 this season and it’s set to increase to $800,000 by the end of the contract. Although in the mid-range compared to other head coach salaries in the Mountain West, Graham has the potential for a wealth of incentives worth $3.83 million per year.

Former Lobo punter and safety, Gonzales signed his five-year head coaching contract in December 2019 worth $3.5 million. He wasn’t interested in earning top dollar in his contract, wanting any additional money to go to the assistant coach salary pool. Prior to rejoining his alma mater, Gonzales was on the coaching staff at both San Diego State and Arizona State.

Gonzales will earn a base salary of $700,000 with incentives worth $270,000 per year. Other perks include a country club membership, up to four men’s basketball season tickets, free travel for wife and kids to away games, and a vehicle provided by the University.

Alumni and head coach since 2007, Calhoun signed a new six-year contract earlier this year with the Falcons after interviewing for the opening at Colorado. Details of the contract are kept private due to being a military academy backed behind a private foundation.

The only details disclosed from the Falcons Athletic Director included an increased contract buyout and an increased assistant coach salary pool.