Why is Cam Newton Not Guilty of SEC Bylaws Violation? 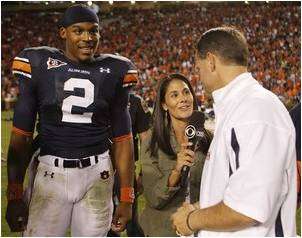 After hearing multiple talk radio personalities declare that Cam Newton clearly violated an SEC bylaw, I thought I’d put my lawyer hat on and try to make some sense of this situation.  First, let’s take a look at the bylaw everyone is pointing to in this situation:

If at any time before or after matriculation in a member institution a student-athlete or any member of his/her family receives or agrees to receive, directly or indirectly, any aid or assistance beyond or in addition to that permitted by the Bylaws of this Conference (except such aid or assistance as such student-athlete may receive from those persons on whom the student is naturally or legally dependent for support), such student- athlete shall be ineligible for competition in any intercollegiate sport within the Conference for the remainder of his/her college career.

Those highlighted words – “receives or agrees to receive” – are the key here, and I see why it’s confusing to some.  This is one of those times that my three years and mountain of law school debt actually pays off.

When I first heard that the SEC had declared there was no violation, but first thought was that they must be interpreting this provision in terms of contract law.  It’s logical to read “agrees to receive” and think, “Hey, Cam’s father told Mississippi State he would take x amount of money for Cam to go to school there; that’s agreeing to receive.”  Not in the world of contract law, however.

In contract law, Cecil Newton’s statements were merely an offer, or perhaps a solicitation for bids.  An offer is a manifestation of willingness to enter into a bargain.  Basically, you’re saying to the other person, ”If you’re willing to do x, then y will happen.”

In order to have a completed contract, one party has to make an offer, the other has to accept (on the same terms proposed by the offer) and there must be consideration (the money actually changing hands would have been consideration).

I found this quote from SEC spokesman, Charles Bloom, in The Clarion-Ledger that confirms my suspicions about why there was no violation here:

SEC Bylaw 14.01.3.2 does not apply in this situation. It only applies when there is an actual payment of an improper benefit, or an agreement (such as a handshake agreement) to pay and receive an improper benefit. The facts in this case, as we understand them, are that the student-athlete’s father, without the knowledge of the student-athlete, solicited improper payments (which were rejected) from an institution the young man did not attend, and that the institution where the young man is enrolled was not involved.

Notice I highlighted “agreement” – they’re looking for a completed contract.  Could they have worded the bylaw better and made it a violation for a student-athlete or his parent to solicit an offer?  Of course, and I would imagine that’s what they’re planning to do now that they’re saying they’re going to revisit the provision. This is absolutely a loophole they need to close.

Could they have interpreted this bylaw differently and declared Cam Newton in violation because of his father’s actions?  Sure, but they would have opened themselves to a lawsuit by Cam and possibly Auburn.  The decision may defy logic for some, but it was absolutely the decision the SEC  had to make in order to protect itself.