Cracking Down on Agent Payments to College Athletes 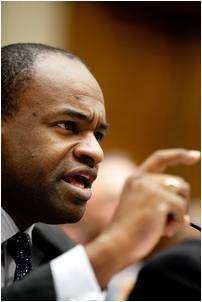 If you believe there is an issue with agent-amateur player relations (and not everyone does), then there may finally be a resolution on the horizon.

The majority of states certify agents through a licensing process.  To date, the recourse options for a school or athlete who is wronged by an agent have been limited to cases brought under state agent laws.  Although the laws vary from state to state, most are based on the Uniform Athlete Agent Act.  In all states with such laws, the school can sue the agent.  In a small number of states, the school can also sue the athlete.  In an even smaller number of states, the athlete can sue the agent.

We all know whenever there’s a possible lawsuit, people will sue.  Except when it comes to agent impropriety.  Despite fines and sanctions as crippling as being banned from the bowl season, schools do not sue agents.  I won’t get into a long explanation on that here, but the bottom line is that schools would probably do more harm than good by filing suit and opening themselves up to discovery requests that could uncover the dreaded “lack of institutional control.”

Without suits that could inflict severe monetary penalties on disobedient agents, the only recourse left is an administrative fine assessed by the agency that regulates agents in the given state and, in some states, criminal actions.  Only the agencies generally aren’t staffed to investigate agent misconduct.  In fact, when the North Carolina Secretary of State decided to investigate issues with players at the University of North Carolina earlier this year, they had to use employees who normally investigate securities fraud.

Which brings me to the latest development on this front, one that has the possibility of being a real solution.  Clearly, state agencies are not equipped to handle the situation, and schools are not going to risk opening up their entire program to discovery requests by filing suit.  The NCAA can inflict no penalties upon the agents, only the schools and athletes.  So, who has the ability to take control of the situation?  The professional leagues.

The NFLPA already certifies agents who represent NFL players and has the ability to fine those agents.  However, the most ground-breaking topic of discussion currently is extending fines to players who were involved in improper dealings at the collegiate level and go on to play in the NFL.  Those players could also be hit with suspensions once in the league.

Rick Smith, one of the agents in the group, said on Monday that changes could be in place within three to five months.  “Something is going to happen, and it’s going to happen quickly,” he said when speaking on the subject.

Obviously, improper conduct by agents dealing with college athletes has been going on as long as there have been agents.  However, with the exception of a handful, agents have suffered no consequences.  The athlete loses eligibility, the school vacates wins, bowl/playoff bans are handed down, but the agent usually walks.

If the leagues have decided this is an issue that requires action, as it appears the NFL has by their participation in this group, they have the power to change the future of agent-collegiate athlete relations.  Not only can they fine the agent and the player, they could go so far as to ban an agent from representing players in the league.  Though the bans have been handed out in extreme situations in the past, the NFLPA seems committed to stricter enforcement.  Last week, the NFLPA decertified Josh Luchs, the agent who came forward in a recent Sports Illustrated article and admitted to paying 30 players from 1990-1996.  Although his ban is without much meaning because he says he’s already left the business, the NFLPA could use the stricter enforcement of that power to control agents in a way the NCAA cannot.

The addition of fines and other punishments for athletes once on the NFL level could have a significant impact as well.  A player like Reggie Bush who escaped the punishment endured by his academic institution could be fined and/or suspended as an NFL player.

As in any business, I think there will always be deals made under the table.  However, there’s no excuse for the current situation where agents have virtually no accountability and abuse of the rules is so rampant.  If this group can move quickly in implementing new, more stringent rules, I will be exceedingly impressed with the NFL and NFLPA for making it their problem going forward.

How Do You Take Down the BCS?
Did They or Didn’t They: The Sugar Bowl and Charitable Donations