How much are college athletic facility naming rights worth? 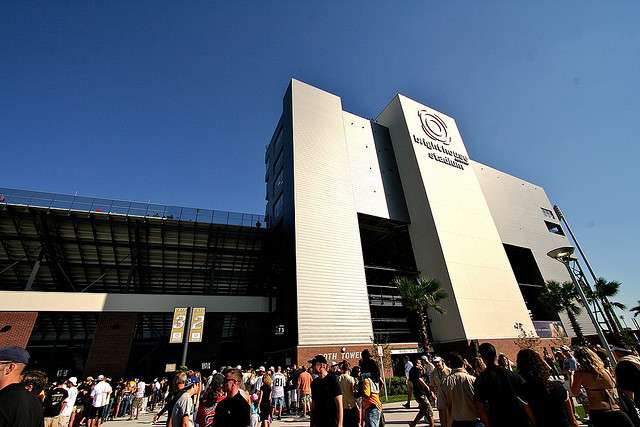 UPDATE: Boise State’s new naming rights deal with Albertsons was unintentionally omitted. It has been added, which has changed the average annual values in the original post.

What’s the market value for naming rights deals on college athletic facilities? It’s much more difficult to estimate than if we were talking about professional athletics. Universities often complete these deals at less than market rate in order to acknowledge past gifts by major donors.

For example, naming right for Papa John’s Cardinal Stadium at University of Louisville is officially on the books as a $5 million donation for 52 years. In total, however, Papa John’s had donated approximately $22 million for the football stadium through 2011.  Would University of Louisville have agreed to a naming rights deal with a company it had never done business with previously for 52 years for $5 million? Not likely.

It’s not uncommon in these deals for past donations to be taken into account, causing the naming rights deal itself to be below market rate. That’s somewhat unique to college athletics thanks to its nonprofit status and history of relying upon donations.

We’ve recently updated our database for naming rights deals on college athletic facilities. Quite a few of the deals are for the life of the stadium or arena, and details of the deals aren’t always disclosed, especially when it involves a private university.

Please note, we did not include facilities owned by an outside entity, such as a city or professional team, unless the university is receiving a portion of the naming rights revenue. If we’re missing any deals, please let us know.