How much money does Vanderbilt make for winning College World Series? 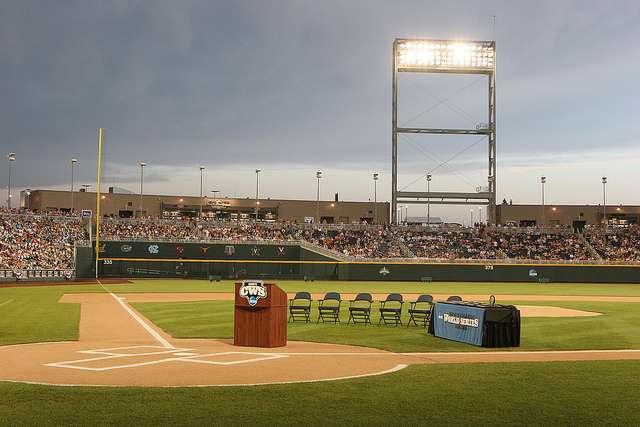 Outside of men’s basketball, participation in postseason NCAA competition is not rewarded with monetary compensation. Not even for the College World Series, where hundreds of thousands of fans pack the stands over the course of the series and the games air on national television.

This year, the College World Series drew an average of 21,734 fans per game, just edging out the 20,533 per session for the Division I Men’s Basketball Championship. Total attendance for the College World Series this year was 347,740. However, the television contract pales in comparison: the CWS is part of a $500 million television contract signed with ESPN in 2011 for 24 sports championships through 2023-2024, while the men’s basketball tournament averages $771 million annually.

According to a presentation I attended by NCAA CFO Kathleen McNeely at the CABMA convention in 2013, the NCAA banked approximately $9 million from the baseball tournament the previous year, which amounted to 12 percent of all NCAA championship revenue.

Before you think the NCAA is unfairly depriving baseball teams of the revenue generated by postseason tournaments, keep this in mind: McNeely also shared that only seven sports bring in revenue for the NCAA from championships. By my count, the NCAA hosts championships for 92 sports across Division I, II and III. McNeely’s presentation pegged the annual cost of championships at $74 million for programming costs, which does not include the cost to staff those championships.

How much are college athletic facility naming rights worth?
Joining the Big Ten Won’t Bail Out Maryland and Rutgers Instantly