Money Not As Big in Big East Football 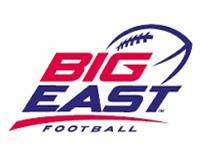 After writing about the football finances of the SEC, Big Ten, ACC,  Pac-10 and Big 12, it’s time to turn to the Big East.  The numbers are drawn from schools’ reports to the U.S. Department of Education on the state of their athletic departments’ finances for July 1, 2009 to June 30, 2010. See the note at the end for more details on the data.

Not surprisingly, money isn’t as big in Big East football as the other BCS conferences. In fact, the biggest earner doesn’t even make as much as the average in the SEC, Big Ten or Big 12:

Despite the Big East’s overall average being the lowest amongst BCS conferences, there are several schools from other conferences making less than the lowest revenue generator in the Big East: University of Maryland ($11.5m), Wake Forest ($10.2m) and Washington State ($12.8m).

We’ll see the same when we take a look at expenses, as a number of schools from other conferences spend less than the most conservative spender in the Big East. The biggest surprise to me when looking at expenditures on football was how far down the list top-earner West Virginia fell. Meanwhile, Rutgers is spending $2.00 more than it’s making, which makes it and Wake Forest the only two BCS schools showing a loss in football. UCONN shows it is breaking even, which makes it and Vanderbilt the only other two schools showing no profit from football.

As we’ve seen, the gap between expenditures on football isn’t as big as the revenue gap from conference to conference:

When it comes to football program profit, it’s no surprise that West Virginia is leading the way, especially after seeing their expenses pale in comparison to several other Big East schools who are making significantly less on football. The Big East is, however, the only BCS conference to have more than one school failing to show a profit from football:

There’s a huge gap between the football profit being made by the leaders from the Big East, ACC and Pac-10 compared to the SEC, Big Ten and Big 12:

This is what I have found most interesting while writing this series: the gap between the SEC, Big Ten and to some degree Big 12 and everyone else in the BCS. I expected to see a huge gap between BCS and non-BCS conferences, and I expected the SEC and Big Ten to lead the way amongst BCS conferences, but the difference between the have’s and have-not’s in the BCS is far larger than I anticipated.

Reports have it that the Big East’s next contract may be worth twice as much as their current contract. However, that may not change the picture much relative to other conferences because they each either have new or upcoming contracts that are more lucrative than the ones reflected in these numbers.

Here’s how the schools within the conference stack up against one another:

Despite having one less school breaking even than the Pac-10, the Big East still comes in last in terms of athletic department profit because their top-earner, West Virginia ($5.4m) makes just a little more than half what the top-earner in the Pac-10 makes: Oregon ($9.8m). Here are the averages of each conference:

How will the picture change with conference realignment? Watch for my piece on that later this week!

You can view my full financial charts for each conference I’ve covered here.

It’s also important to note that this data is from July 1, 2009 to June 30, 2010, so we’re talking about the 2009 football season.  Additionally, while these are the most complete numbers available for all Big East schools (a public records request wouldn’t get you financial information for the private schools), there is room for variance.

Thank you to my research assistant Ben Perreira for helping compile the data.