Who Really Pays to Play? The role of student fees 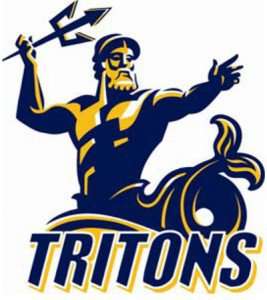 A rather important benchmark for intercollegiate athletics was established recently, albeit a bit under the radar in lovely San Diego, CA.  The undergraduate student body at the University of California, San Diego (UCSD) was given the opportunity to vote on something called the Division I Student Scholarships Referendum, which would have increased student fees by $165 per quarter in order to fund a transition for the athletic program (ICA) from Division II to Division I (http://as.ucsd.edu/ica/).  The status quo ICA operating fee was already $119.78 per quarter and the referendum would have raised it to $284.78.  Almost a third of the increase was slated to be set aside for financial need programs, but the remaining $117.15 was all for support of athletics. Without any other visible means to support the transition, the undergrads were being asked if they would put up the millions of dollars necessary to step up and swim in the bigger pool of the NCAA.

The referendum came at a time when the state of California is in a deep financial hole and continuing to slash support for higher education.  Every school in the Cal State and University of California system has felt the impact and been forced to confront difficult new operating realities.  From 2010 to 2012, UCSD lost $70.5 million in state funding, which resulted in some pretty serious hardship for the school, including painful budget cuts to things like library funding and postponement of faculty recruitment.  Student fees in other areas have been raised on an annual basis and the amount of debt incurred by undergrads has jumped more than $3,000 over the last decade after inflation (http://as.ucsd.edu/docs/ICA_Election_Results_2012.pdf).

Asking the undergraduates to pay for expensive athletics has been a trend in the last decade in California and it has largely been viewed favorably by the students who vote.  One could argue that the undergrad who approves such a tax are often deciding to pass on a fee that will affect future students much more than themselves, but there has been a consistent majority urge from students to invest in having better athletics on their campuses.  Without their willingness to go further into debt, mid-tier NCAA institutions find themselves in an ever-greater bind as the cost of competing rises, just as state support for universities is declining.  And, perhaps more importantly, just as the wealth often associated with collegiate athletics is increasingly concentrated in the small number of schools that generate profits from athletic operations.

According to the NCAA (http://www.ncaapublications.com/productdownloads/2010RevExp.pdf), “a total of 22 athletics programs in the FBS [Football Bowl Subdivision] reported positive net revenues for the 2010 fiscal year, which represents an increase from the 14 reported in 2009”.  This refers to the 120 big-time, major conference programs that have the greatest opportunity to reap the rewards of corporate sponsorships and media contracts.  The largest such school generated $143.6 million, which was a staggering $108 million more than the median generated revenue for schools of that level at $35 million.  Granted, that number one contender also spent $130 million that year, but the median spending of those who were trying to keep up with the Joneses was $46.7 million.  The net of all that math is that the “median negative net generated revenue”–a nice euphemism for bleeding cash–for the 98 FBS schools that lost money was just under $10 million.  The authors of the report noted excitedly that in the previous year schools lost on average a little more than $10 million each, so that must be good news.  Unless you’re the AD who is trying to figure out where to come up with that $10 million.

The story is similar at the next level down in the NCAA, the Football Championship Subdivision (FCS).  For those schools the “median negative net generated revenue” was $9.2 million and was consistently rising across the country.  The scarier number is that the median generated revenue was only $3.3 million and there is little potential for those schools to find big paydays on the scale of their Pac 12, Big 10, or SEC brethren.  The annual losses are nearly as big as the FBS schools but there is even less opportunity for filling that gap without turning to the one pot that every administrator seems to think is infinitely refillable–student fees.

UC Davis (UCD) began planning for a transition from Division II to Division I for the same set of basic reasons that UCSD looked at the issue–surely such a large school better fits the profile of the big Division I institutions than little Division II schools with 25% as many students on average.  In the first stage of the Davis process students passed the Facilities and Campus Enhancement Initiative (FACE) in February 1999 that resulted in an $18 per quarter increase in student fees (http://daviswiki.org/move_to_division_i).  Next up was the 2002 Campus Expansion Initiative (CEI) that elevated student fees by $120 per quarter for undergrads and $22 for grads.  The bill was passed by 54% (http://daviswiki.org/Campus_Expansion_Initiative) with the funds from that bill dedicated to a variety of campus projects, but almost half of it in order to provide for $4 million per year in grants-in-aid for athletics.  In spite of those increases, by 2010 UCD announced it was eliminating four sports to save money and that another student fee increase had not been enough to fund the scale of a Division I program that the student body now found themselves effectively owning (at one point student fees accounted for 75% of the athletic department’s budget).

On the surface, and given the trend with state schools in California, to many folks I’m sure the decision in San Diego appeared to be a no-brainer.  Like UC Davis, UCSD is by far larger than the average Division II university, has several teams that already compete at the Division I level (volleyball and water polo), and does fit the profile of the other large institutions in the UC system in California in many ways.

Nonetheless, what UCSD does not have (nor was it proposing to add) is the economic engine that pulls the athletic train in the form of a Division I football team.  It also does not have a local culture of rabidly supportive and passionate UCSD community-based fans.  But perhaps most importantly, the undergraduate student body appears to believe that they’re paying quite enough for their education and have no desire to pay an additional $1,980 over the course of their four years for the privilege of having higher profile and larger scale competitive sports teams.  In the final tally of voting on the Referendum, 11,407 students turned out and they voted a fairly resounding no, with 57% saying they did not want the referendum to pass (http://as.ucsd.edu/docs/ICA_Election_Results_2012.pdf).

It is difficult for many faculty and students to stomach the idea of increasing fees to pay for athletics at a time when the fit of intercollegiate athletics on campus is ever more tenuous.  Are student-athletes still students and is the function of athletics still well-integrated with the academic mission of higher ed institutions?  You can find plenty of critics who will say no.

But on the other side of the equation, there is the undeniable buzz and passion associated with March Madness. Students at Norfolk State University (NSU) pay $1,379 per year in athletic student fees, which fund 83% of the school’s $10 million athletic budget.  Do the NSU Spartan faithful feel like they got a good return on their investment when their men’s basketball team, a #15 seed, made history and knocked off mighty Mizzou, a #2 seed, in the first round of the NCAA Tournament?  How about when Florida crushed the Spartans in the game 48 hours later by 34 points to end the Norfolk State season?

Whatever they feel after such extraordinary wins and painful losses, the non-athlete student on campus is going to be asked to bear more of the burden of maintaining collegiate athletics.  Their willingness to do so will have a significant impact on the future of the intercollegiate athletic enterprise.