The University of Northern Illinois unveiled plans for a complete overhaul of its athletic facilities. The $138 million, privately-funded effort will include renovations to Huskie Stadium as well as a new baseball field, new tennis courts and a new indoor Olympic sports facility.

Syracuse announced it has no plans to schedule neutral site games at New Jersey’s MetLife Stadium after 2016.

Indiana confirmed plans to enclose Memorial Stadium’s south end zone. The new end zone will allow for locker room expansion and will include a cafeteria. 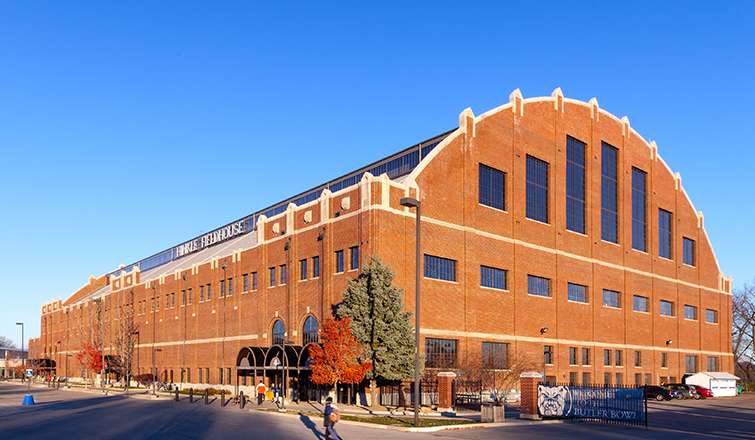 Texas will demolish the Frank Erwin Center to make room for a new medical school on campus. A new arena is expected to cost up to $500 million.

With renovations to its Alumni Recreation Center expected to cost between $17 million and $21 million, Sienna is exploring separating the renovations into four or five phases in order to make the project more manageable and affordable. The ARC serves as the men’s basketball practice facility and homecourt for the women’s basketball program.

Missouri announced a multi-million dollar renovation for Mizzou Arena. The project includes a new video board and upgrades to the team lounge, locker room and strength & conditioning facility.

Depaul’s new arena remains on track for completion by the 2016-2017 basketball season. The school is contributing $70 million towards the 10,000 seat arena. Depaul will be moving its games from the northern Chicago suburbs to the near south side, adjacent to McCormick Place.

South Dakota has started ground work for a new $66 million, 173,000-sqaure-foot arena. The complex will include 6,000 seat capacity, two practice courts, a weight room and a sports medicine training area.

Middle Tennessee State invested $12.64 million to renovate the Murphy Center. In addition to a new roof bathrooms, concession areas, and the building’s HVAC system were all overhauled.

Michigan State announced privately-funded renovation plans for the Munn Ice Arena to include HD video boards and LED ribbon boards. Completion is expected within the next 12 months.

Baylor’s $18.1 million track and field facility is nearing completion and is expected to be ready for the 2015 outdoor season. The facility includes an indoor practice facility, training room, meeting rooms and coaches’ offices.

Canisius hockey is moving to the new downtown Buffalo HARBORcenter, which is attached to the First Niagara Center (home to the NHL’s Buffalo Sabres). HARBORcenter will have two NHL-sized rinks, one with 1,800 seats for Canisius home games, and a 1,300 square foot locker room for use by the Griffs.

Eastern Michigan announced it will spend $115,000 to renovate Scicluna Field. The project will include a press box, camera platforms, and permanent bleachers.

Georgia’s $12 million upgrades to Foley Field remain on schedule for completion in time for the 2015 baseball season. The upgrades ensure ADA compliance, increase the size of the press box and add premium level seating.

UT Pan American completed phase one and opened a new soccer, track and field complex. Phase two will include a press box, more lighting and bleachers, a practice field, and a field house.

FBS football programs have recently completed, are currently undertaking or are planning $3.6 billion in stadium renovations. CBS examines how these renovations are impacting capacity, with some programs adding seats and others downsizing overall capacity while adding more premium seating.

Are you working on a project we should include next month? Please send any relevant details, links and images to us by email.