We’re taking a look at the college football coaching salaries for the Pac-12 and breaking down base pay, bonuses and incentives. 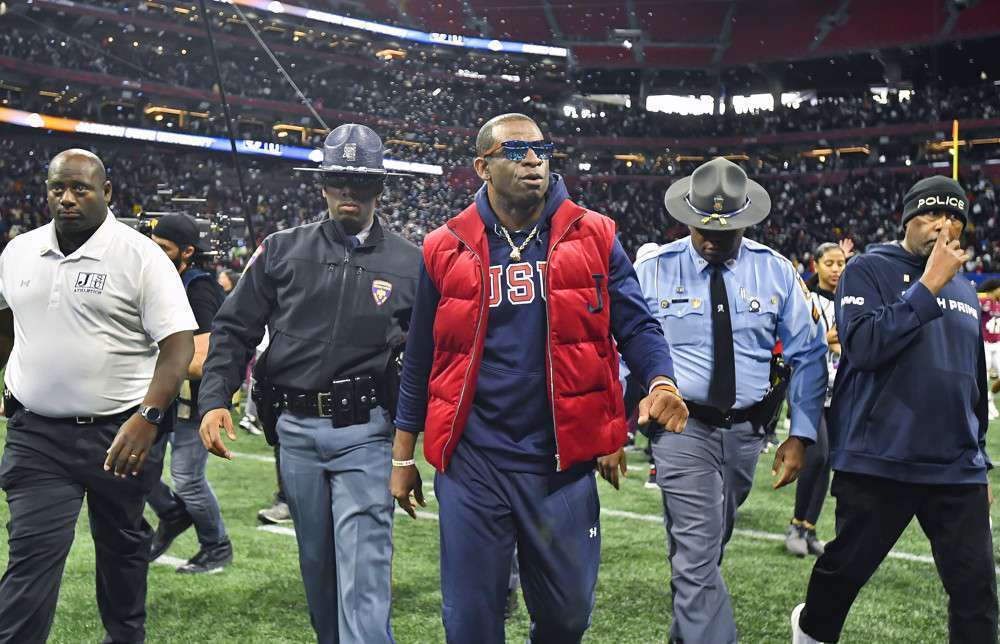 The offseason was a busy one for the Pac-12, in both positive and negative ways for the conference. USC poached head coach Lincoln Riley from Oklahoma, but that triumphant news was overshadowed for the conference by the news that USC and UCLA are planning a move to the Big Ten. For now, though, USC and UCLA will have to battle with the other Pac-12 schools on the football field.

With a number of historic programs in the conference, we broke down the updated salaries for the conference’s head coaches in 2022.

Wittingham, the 2019 Pac-12 Coach of the Year, has led the Utes to two Pac-12 South Division championships over a three-year span and reached the Rose Bowl in 2022, nearly knocking off Ohio State.

If Wittingham can continue to his team to new heights, he’ll have incentives in his contract to boost that number even higher. Any New Year’s Six Bowl or College Football Playoff appearance will add a $400,000 incentive to his deal.

Kelly, now in his second stint as a head coach in the Pac-12, has struggled to replicate the success that he previously enjoyed at Oregon. Still, UCLA is keeping him around, with a reworked contract that keeps him in town until 2025. His annual salary fluctuates and has decreased over the past couple seasons, from $5.6 million in 2021 to $4.6 million in 2022. The contract also includes incentives for on-field success that can boost the number higher.

Washington is trusting Kalen DeBoer with turning around the Huskies’ trajectory and returning to the school’s College Football Playoff heights after the firing of Jimmy Lake. DeBoer will earn just over $3 million annually with yearly raises. The contract runs for five years and aims to keep him around until 2027.

The contract, which DeBoer signed in November, also offers incentives for on- and off-the-field performance for the Huskies, including title game appearances and APR scores.

Justin Wilcox signed a new extension after the 2021 season. After bouncing around multiple schools as a defensive coordinator, Wilcox agreed to become the head coach at Cal before the 2017 season, but the program has yet to take off with on-field success.

This six-year deal can reach a total of $28.5 million, with an annual value of $4.75 million. The contract also boosts the amount of money available in the pool for assistant coaches.

Washington State is looking to Jake Dickert to return the program to relevance, after Dickert took over as the interim head coach for the 2021 season. The Cougars and Dickert agreed to a five-year, $13.5 million contract in late November 2021, which will pay him an annual salary of $2.7 million.

When Mario Cristobal bolted Eugene to coach at University of Miami, Dan Lanning took over at the helm of one of the most iconic programs in the Pac-12. Lanning was the defensive coordinator and outside linebackers coach for the Georgia Bulldogs from 2019 to 2021.

In his first season out west, Lanning will be one of the most well-paid coaches in the conference. His six-year contract has an average annual salary of $4.85 million, along with incentives that can boost the number further. The contract is a raise on what Lanning was earning at Georgia and holds a total value of $29.1 million.

Kenny Dillingham will take over for Herm Edwards and seek to return the Sun Devils back to Pac-12 relevance. Dillingham is an Arizona State grad and grew up in the state, though he most recently coached for Oregon as its offensive coordinator.

To kick off his Arizona State coaching career, the Sun Devils gave Dillingham a five-year deal with an annual salary of $3.85 million. The deal also includes annual increases and incentives for on- and off-the-field performance.

Fisch replaced former Texas A&M Head Coach Kevin Sumlin after the Wildcats went winless in five games in 2020. Fisch signed a five-year contract worth $14.1 million with a base compensation at $10.1 million and an annual value between $1.8 and $2.3 million.

After improving the Wildcats from one win to five, Fisch agreed to an extension that will keep him with Arizona until 2027. He will now make $2.85 million in annual salary in his first year, with that figure escalating until $3.6 million in his final season of the deal.

After leading Jackson State to great success and national acclaim, Deion Sanders is moving to the Power Five to coach once-mighty Colorado. The Buffaloes are relying on the biggest name on the coaching market to infuse life into a program that was one of the worst in Power Five in 2022 and lead a quick turnaround.

Colorado agreed to head-turning contract terms to lure Sanders to Boulder. Sanders will immediately become one of the Pac-12’s highest-paid coaches, with a five-year deal carrying a total of $29.5 million. His first season will come with a $5.5 million annual salary and annual raises of $200,000. The annual salary also stipulates his involvement in press appearances, promotion and development of student-athletes.

Under Jonathan Smith, Oregon State has made strides toward competitiveness in the Pac-12. The Beavers made it a priority to keep Smith around at the end of last season, agreeing to a new contract that aims to keep him around until 2027 and boosts his 2021 salary, which was $2.5 million. In 2022, Smith will earn $3.25 million, and that figure will escalate until it hits $4.55 million in 2027.

Lincoln Riley of the University of Southern California and Troy Taylor of Stanford University both do not have enough public information regarding their contracts since both schools are private universities and are not required to release contracts to the public.