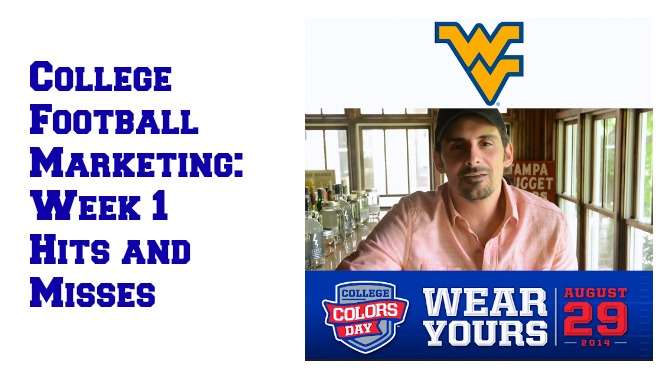 After five straight days of watching college football, which began with last Thursday night’s surprise rout at South Carolina by Texas A&M, I woke up Tuesday morning with Lil Jon’s “Turn Down For What” in my head…except the words I heard were “Third Down For What.” That’s because University of Tennessee, in a brilliant marketing move, spoofed the song and played it every time the other team was on third down. There was no missing it, even on television.

It got me thinking about some of the wins and misses I saw in terms of marketing, promotion and public relations in the first week of the college football season.

Click here to see the hits and misses on my PR firm’s blog, INKsights.