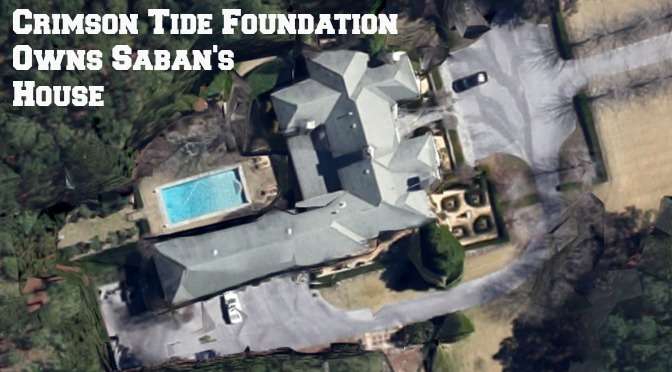 There’s an interesting piece over on AL.com today about the Crimson Tide Foundation purchasing Nick Saban’s 8,759 square foot house from him for $3.1 million shortly after Alabama beat Notre Dame for the national championship in January 2013. It’s probably not a coincidence that happened around the same time Saban was rumored to be speaking with Texas about its head coaching position.

Saban is currently banking $6.9 million annually under a new contract he signed earlier this year with Alabama that attempts to keep him as head coach through at least 2022, and now he has a house he can live in for the rest of his life rent free.

He’s worth every penny – and I say that as a Florida grad.

Click here to read more of my piece on Outkick the Coverage, where I detail Saban’s financial impact on University of Alabama.