Florida-Georgia Game Staying In Jacksonville Until At Least 2023 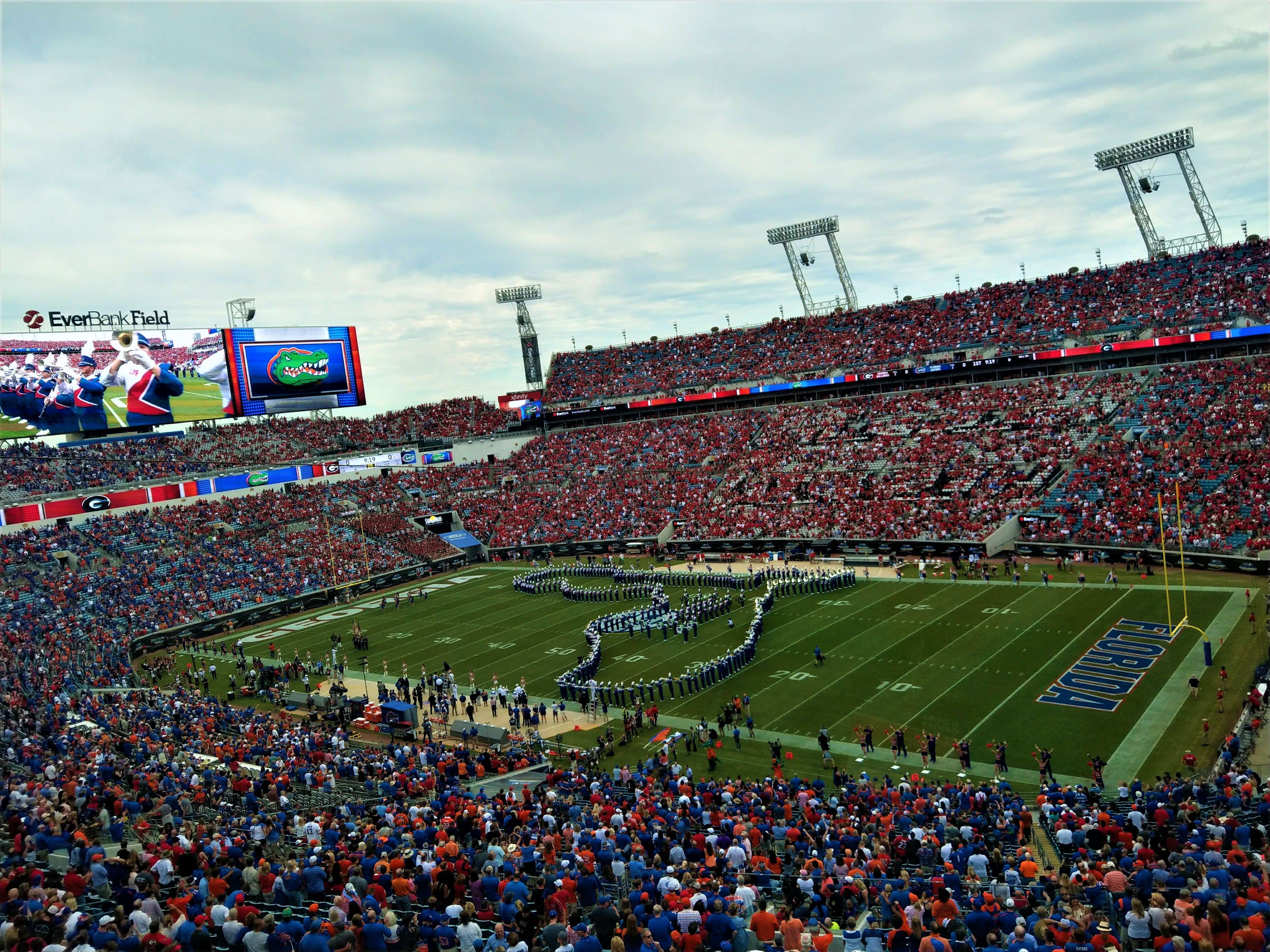 The City of Jacksonville announced today an agreement that will keep the Florida-Georgia football game in the city at TIAA Bank Field until at least 2023, with an option to extend through 2025. Other terms of the deal have not yet been released.

My team and I have reached an agreement. The Florida-Georgia game has been extended through 2023 with an option to extend to 2025. See details here. @UF @GatorsFB @FloridaGators @FLvsGA @UGAAthletic pic.twitter.com/hacVXgbm5T

Although there are always discussions around moving the game back to a home-and-home, the teams have met annually since 1933 in Jacksonville, with the exception of 1994-5 when the stadium was being renovated.

“We are excited and grateful for our continued partnership with both Universities,” said Jacksonville Mayor Lenny Curry.“ Our new agreement further strengthens the Florida-Georgia tradition we have enjoyed here in Jacksonville for more than 80 years. This game is an incredible asset for our city and the best is yet to come.”

The last deal kept the game in town through 2021, but now the new agreement heads to the city council for approval to extend through 2023 with the option through 2025. The current deal ending in 2021 guarantees the teams $250,000 each annually through 2021 from Jacksonville, in addition to splitting a $250,000 bonus when it was signed. The schools also receive 90% of any sponsorship revenue when there is a sponsor for the game, gain use of the stadium rent free, and the city buys 1,000 tickets to the game. The schools also keep ticket revenue generated from the game, making total revenue for the game approximately $3.3 million per team annually.

Under the terms of the agreement that runs through 2021, Georgia also receives $1.6 million annually, pro-rated from $3.2 bi-annually to account for travel to the site. Georgia travels 339 miles, while Florida only has to travel 71 miles.

“We look forward to the continuation of one of the greatest college football traditions in the country – a border states battle between Georgia and Florida,” said UGA J. Reid Parker Director of Athletics, Greg McGarity.“ The extension ensures the historical preservation of the game in Jacksonville which has been part of the national college football landscape since 1933. The City of Jacksonville has once again demonstrated its commitment to this game through significant financial considerations to each school.”

In 2018, the city said the game brought an economic impact of more than $30 million and had a sellout crowd of more than 83,000. An estimated 4,000 people work on the game, which includes production, operations, public safety, parking and concessions staff. In the last economic impact study released in 2016, Visit Jacksonville reported 139,289 visitors to the area for the game, which amounted to 37,463 total room nights booked. Local tax receipts amounted to $1.3 million and $20.4 million in direct business sales were reported.

The economic impact extends far beyond Jacksonville to places like St. Simons Island just over the state line in Georgia, a place where many Georgia fans have traditional annual visits for the game that date back decades. Scott McQuade, the president of the Golden Isles Convention & Visitors Bureau told The Brunswick News that the game has an economic impact of $4 to $6 million in his area.

“Georgia-Florida is certainly one of the biggest times of the year for us here in the Golden Isles. We see a large influx of visitors traveling to the area for the big game,” said Marcie Kicklighter, the marketing and communications manager for the Golden Isles Convention & Visitors Bureau. “We always look forward to welcoming students, alumni and fans to the Georgia coast each year.”

“We are excited to continue one of the greatest traditions in all of college football in having the Florida-Georgia game in Jacksonville,” said Florida Athletics Director Scott Stricklin. “The Florida-Georgia game is more than a football game, it’s a week-long celebration of two storied programs meeting on a neutral field that has created generational memories for both fan bases. We are appreciative of the partnership we have with the City of Jacksonville and Mayor Lenny Curry to extend our agreement.”

This year’s game will be played November 2, with the Bold City Bash being staged the previous evening. The two schools will play an exhibition baseball game at the Baseball Grounds of Jacksonville and concerts by Chase Rice and Brett Young will accompany a block party.

I originally published this piece on Forbes on October 25, 2019.