Football and Basketball Financially Support Every Other Sport 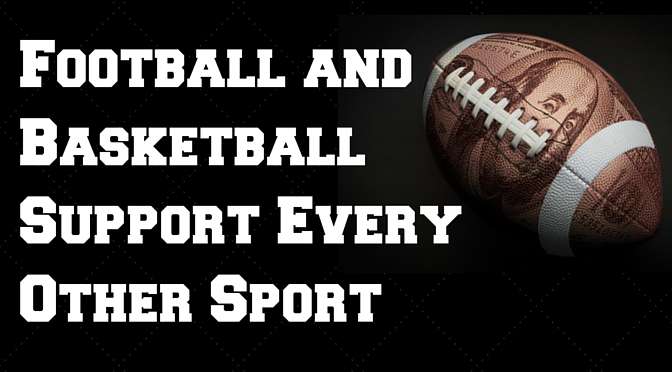 In case you haven’t heard me say it before, football and men’s basketball are essentially the only opportunity an athletic department has to make money.

Every once in awhile I run across a baseball program that breaks even (or even makes a few bucks), but it’s rare. Even more rare: Nebraska volleyball turns a profit. So, while there are exceptions, trust me when I say they’re few and far between.

Today, I wrote a piece for Outkick the Coverage on FoxSports.com, and I made the case that Ohio State should raise football ticket prices when the market can bear it, because football is the best opportunity to make money for the 15 men’s sports, 17 women’s sports and two mixed teams which all operate at a loss (men’s basketball being the only other exception).

I wanted to give you a closer look at the numbers though. Particularly for those of you who don’t work in intercollegiate athletics, you might not fully understand how the economics work. Generally speaking, football and men’s basketball support every other sport within an athletic department.

Here’s a look at each sport’s revenue and expense numbers at Ohio State for 2014-15:

If you want a bigger picture look at the overall revenue and expense numbers for the athletic department, including how much is donated back to the university. check out my piece on Outkick the Coverage on FoxSports.com.

How Much Does it Cost to Replace a Head Coach?
College Football Playoff Payouts Might Favor Some Conferences