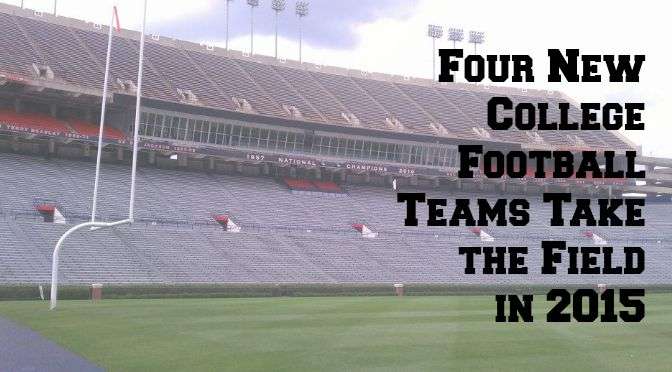 UAB made big headlines last December when it announced the end of its football program (which has since been reinstated*). Everyone wondered – would this become a national trend?

Since the day UAB cut the program, I’ve been very outspoken about the fact that I think it was an isolated incident. I’ve spoken to athletic directors and presidents around the country, and no one believed any other school was seriously considering dropping football.

Current tabulations have eight additional programs launching from 2016-2018, including UAB’s reinstated program. From 1978 to 2014, 179 football programs were added to colleges and universities across the country.

There’s an entire chapter in my book Saturday Millionaires: Why Winning Football Builds Winning Colleges about the benefits of a big-time college football program, from increased enrollment to free advertising for the university. Although my book focuses on programs at the FBS level, programs at other levels often experience some of the same benefits.

Finlandia University, for example, is launching seven new athletic programs over the next seven years in an attempt to increase its enrollment, which currently sits at just 485. The goal is to bring in 217 additional student athletes (70 for football alone), which would result in a whopping 44 percent increase in enrollment.

Finlandia’s current tuition is $21,610 annually (and there are no athletic scholarship at the Division III level), equating to a $4.7 million increase in revenue annually if there were 217 additional students (obviously not accounting for any discounted tuition rates or financial aid that might impact Finlandia’s bottom line).

What Finlandia is doing is nothing new. It’s a trend we’ve seen at quite a few smaller schools in recent years.

Included with the NFF’s press release was a great list showing all of the programs being added in the next few years, as well as a look back at additions made since 2008:

Eight Programs Launching from 2016-18
(Listed chronologically and then alphabetically.)

*In the interest of full disclosure, I was on the College Sports Solutions team that produced a study for UAB in May.