The Jordan Effect: The Blueprint to Michigan’s Lucrative Apparel Deal with Nike 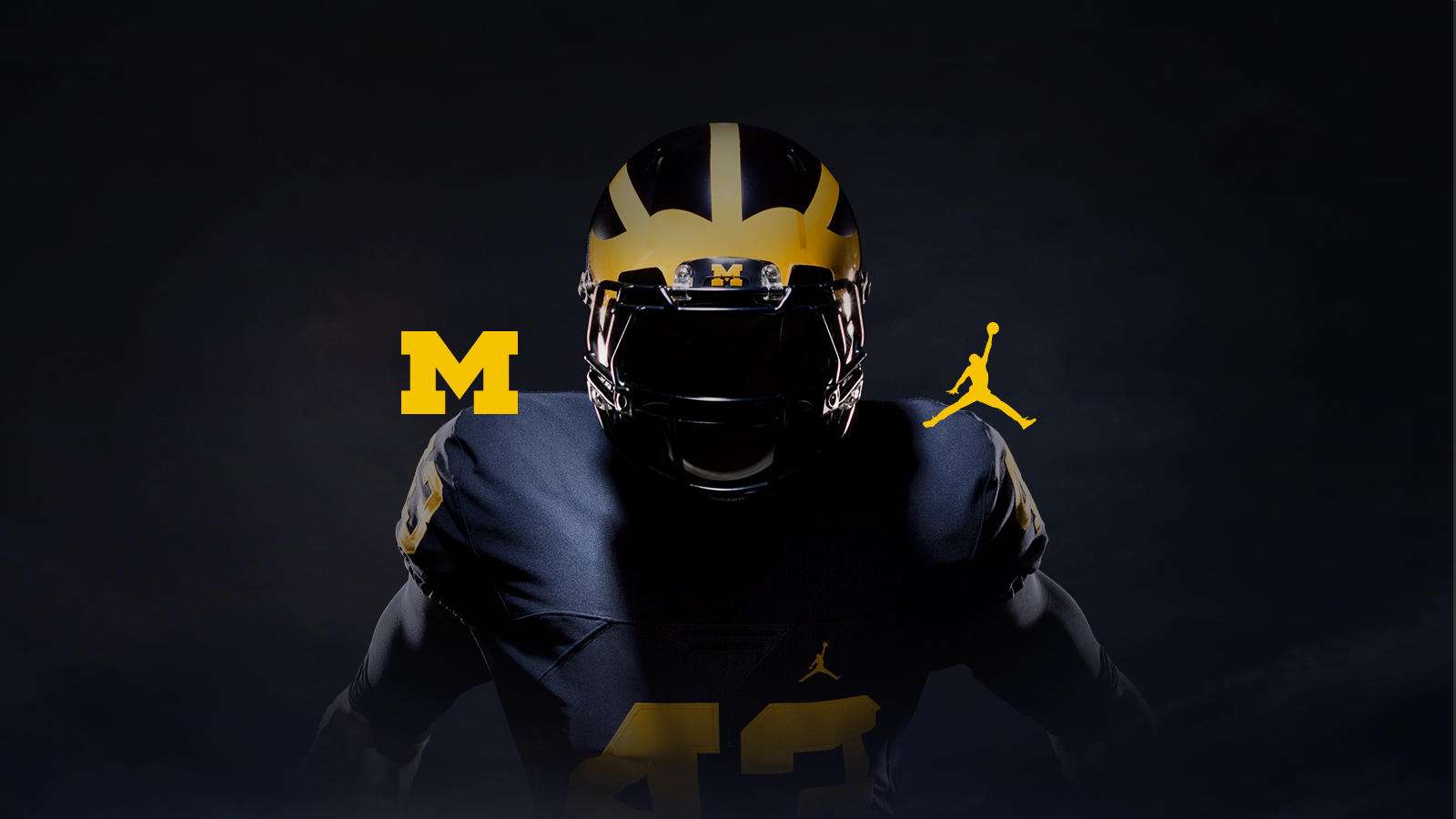 August 1st marked a historical day for the University of Michigan as they re-established a partnership with Nike that will run through 2027, with the option to extend to 2031. If Michigan exercises the option, they will be paid at least $173.8M – $88.8M in base compensation and $85M in Nike apparel/products.

This isn’t Michigan’s first partnership with Nike, as they had previously been partners for 13 years (from 1994-2007) before signing a then-record contract with Adidas. However, this time around circumstances are different because Michigan will be the very first football program to don the Jordan “Jumpman” logo on their uniforms. Nike will outfit all 31 athletic programs with uniforms, apparel, equipment, and footwear but only the football and basketball teams will be representing the Jordan brand. 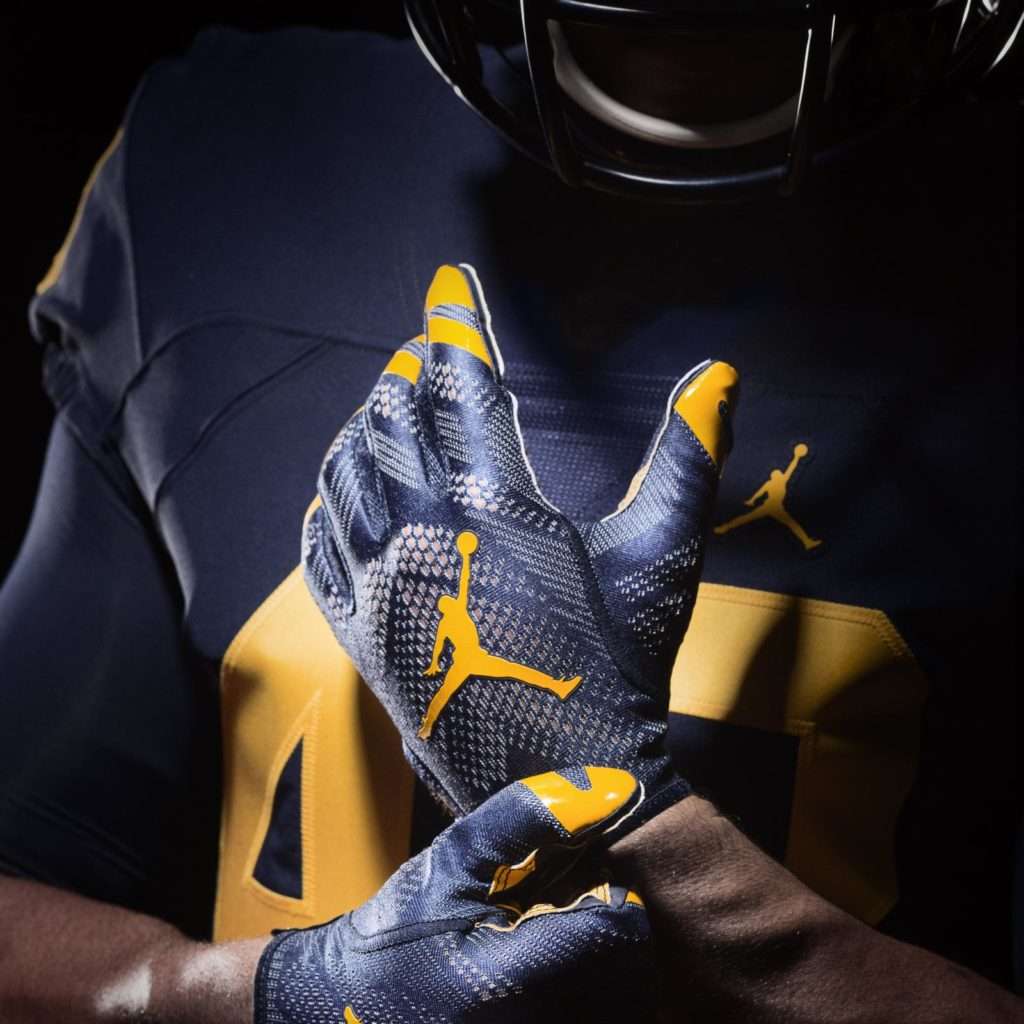 Prior to 1994, apparel contracts with universities were unheard of, and it was common for various athletic teams within the same university to wear different brands. At the time, coaches were getting paid more than universities for major shoe deals.

In October of 1994, Michigan changed the commercialization of apparel deals in college athletics when it inked a six-year, $7M contract with Nike to cover jerseys, shoes, and equipment for all 25 athletic programs.

This was a major milestone for college sports as it marked a university merging with corporate business. Subsequently, in 2001, athletic director Bill Martin elevated that contract into a colossal seven-year, $28M deal aided by the success of Michigan football.

Why Michigan Walked from Adidas

In 2007, Michigan agreed to an eight-year contract with Adidas that would begin in August 2008, compensating them $7.5M annually in cash and merchandise. At the time, this was the largest apparel deal in the country, and although previous outfitter Nike had the contractual right to match the deal, they opted to walk away.

Michigan negotiated terms that would assure them to be Adidas highest paid school for the length of the contract. While Michigan had a financially fruitful deal with Adidas, the Wolverines’ success on the field started to go downhill. A historical program known to be one of college football’s elite teams was suddenly a major laughing stock.

When Jim Harbaugh arrived to Ann Arbor, everything changed. The energy surrounding the program had revitalized to a point they had not experienced since the Lloyd Carr days and the Nike era. Harbaugh, a mastermind changed the attitude in Ann Arbor, and keeping Adidas was not part of his grand plan.

How The New Deal Unfolded

Back in December of 2015, on his second official day as head coach, Harbaugh approached then-interim athletic director Jim Hackett about switching back to Nike. But, whose idea was it to reconnect Nike with one of the most iconic University in the country?

There were two key players who got the ball rolling, and it wasn’t Michigan president Mark Schlissel, interim AD Jim Hackett or even Coach Harbaugh. On Tuesday, at an old Ford Model-T plant in Detroit, the Wolverines unveiled their new Jordan uniforms, and there were current and former players present for the event – including the man who initially floated the idea.

Michigan legend, and Jordan athlete, Charles Woodson fielded questions, and when asked if this was something Nike approached him about he responded, “No, I came to them. I sent Michael a text and I asked him if I had his blessing to bring it up. Then, I had a conversation with Jim Hackett and he said he’ll keep it mind. My thoughts were going back to Nike, but it’d be even better if we donned the ‘Jumpman’ on Michigan football. (Hackett) was receptive to it and I think that got the ball rolling.” 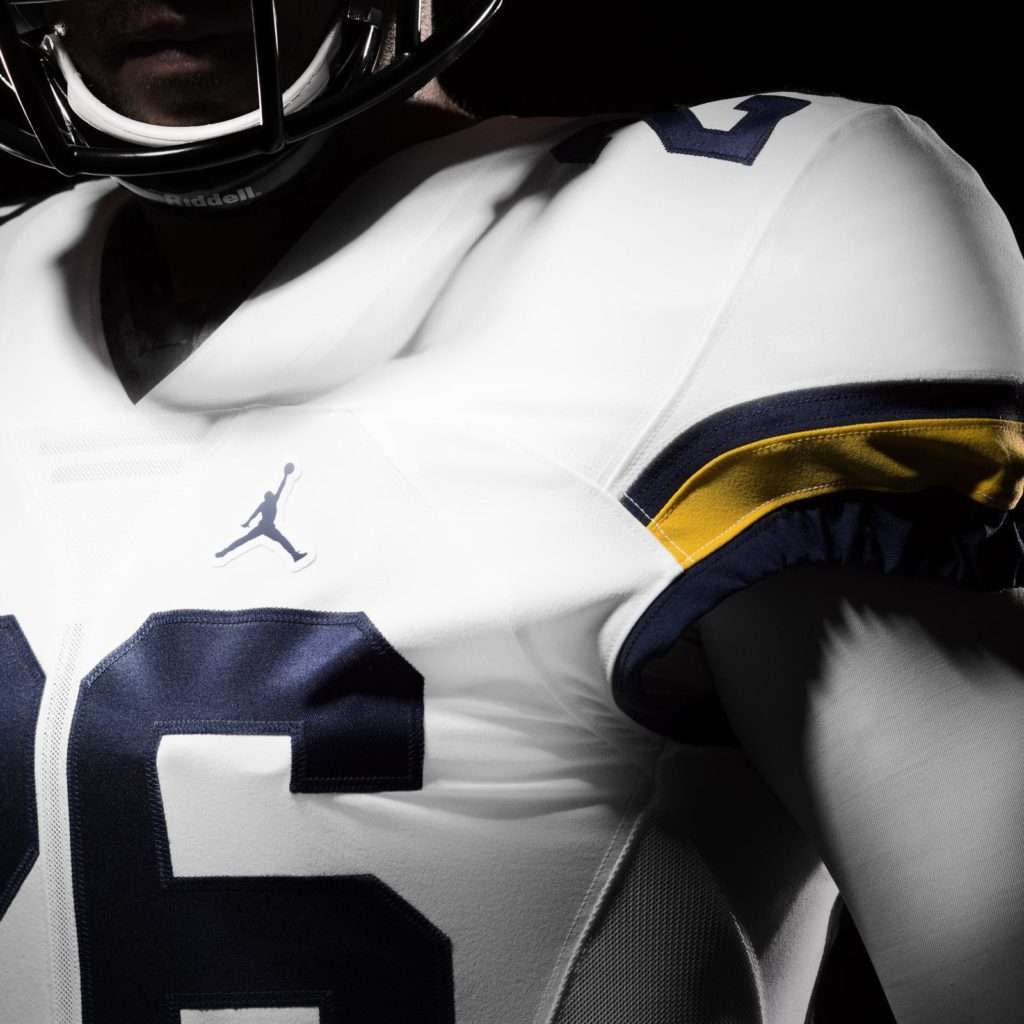 Coach Harbaugh said on Tuesday that the first time he heard about the Jordan idea was from his oldest son, and Michigan tight end coach, Jay Harbaugh.

With the influence of the younger Harbaugh, and strong input from Woodson, Coach Harbaugh received a call from the legend himself, Michael Jordan. Initially, Coach Harbaugh couldn’t believe it.

“My phone rang and it was a number I didn’t know, and I said, ‘Hello,’ and I didn’t catch the whole name. You know how cell phones cut out sometimes. I got part of it, and I said, ‘Excuse me, the phone cut out. Who’s this?’

When offered the opportunity to include the Jordan brand with the Nike deal, Harbaugh knew it was a no brainer. “You are with whom you associate with,” Habaugh said.

“The chance to be a team with Michael Jordan, share a sideline, pour our hearts and souls into Michigan football being great, that was something that was going to be a win all the way.”

The deal was originally forged and announced in July 2015, by then-interim AD Hackett. However, the finalized contract was not signed until March 16, 2016 by Nike executives and current AD Warde Manual. At the time, it was the largest apparel contract, but has since been surpassed by Ohio State, Texas, and UCLA.

The transition to represent Jordan has caused massive discussions around the country and the reception has drawn rave reviews. After the jersey unveiling on Tuesday, Michigan took to social media what their new uniforms would look like: aesthetically pleasing but sticking to tradition. 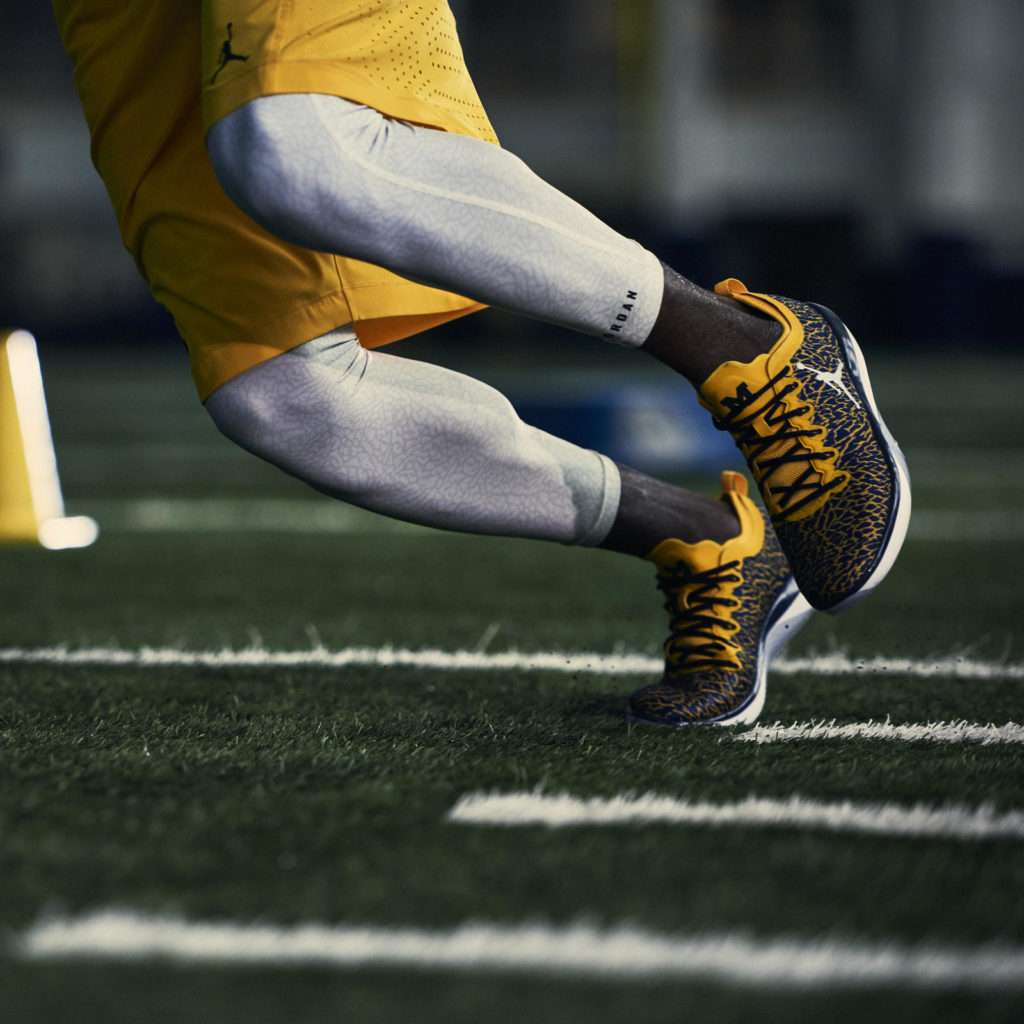 There weren’t drastic changes to their new look but the simple addition of the Jordan ‘Jumpman’ on a football uniform was enough to spark positive reviews from players, alumni, fans, and most importantly high school recruits.

Jordan’s goal, according to Harbaugh is to create a new synergy around college football where players and recruits will look at the innovation surrounding the Jordan partnership with Michigan much in the same way Nike has established a flagship with Oregon football. There is no doubt, this will change the landscape of college football, and only time will tell how big of an impact this will truly have.

In essence, Harbaugh continues to steal the spotlight, and he absolutely loves it. The big house will be jumping like Jordan, who will in fact be their honorary captain for their season opener against Hawaii on September 3rd.