Madison, Alabama, Is Set To Host Its First Division I Football Game 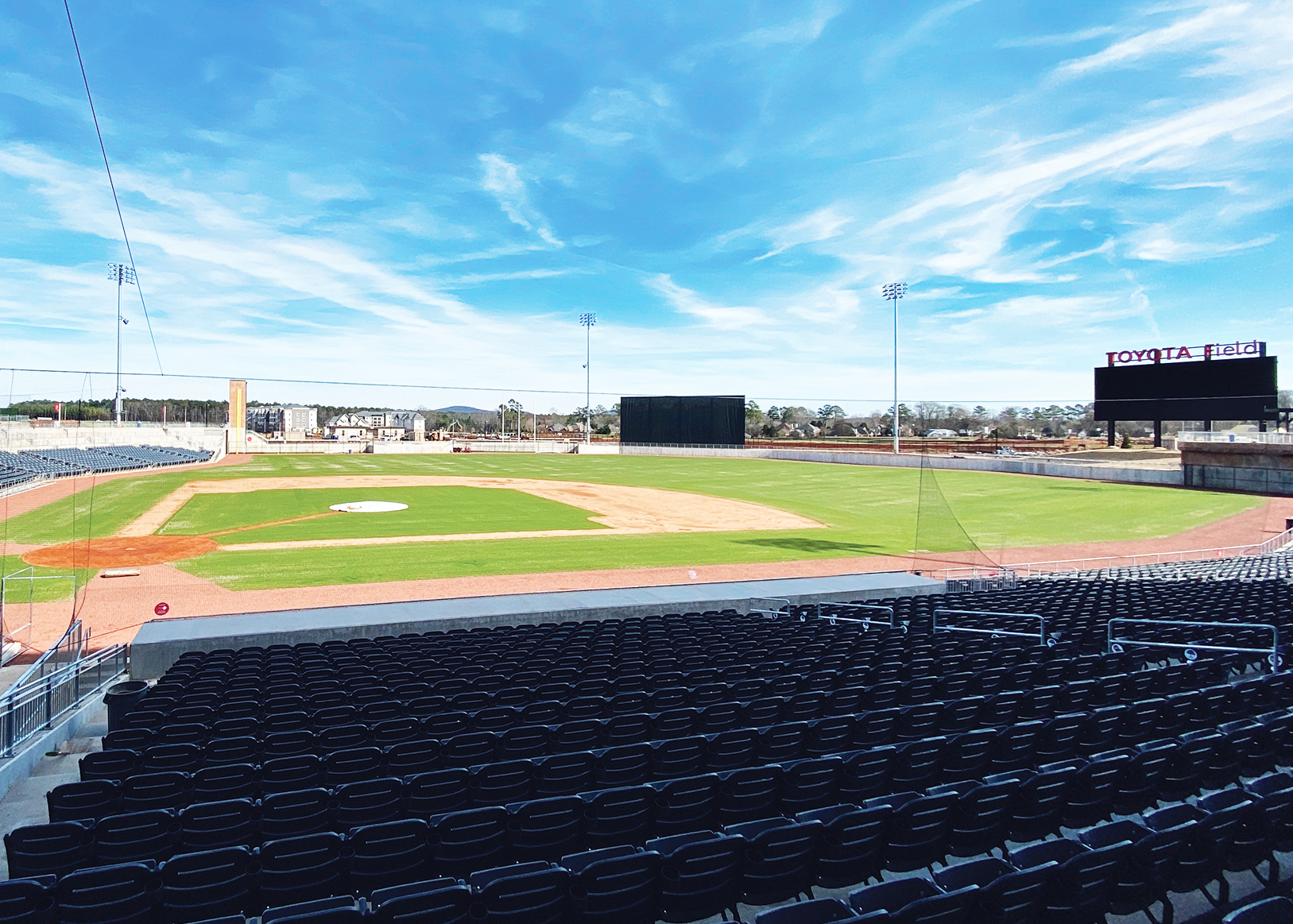 Madison, Alabama, will play host to an in-state rivalry game between North Alabama and Jacksonville State on October 15. It’s the first college football game to be played in Madison, a city located just outside of Huntsville.

Madison, Alabama, will play host to an in-state rivalry game between North Alabama and Jacksonville State on October 15. It’s the first college football game to be played in Madison, a city located just outside of Huntsville.

Toyota Field, home of the Rocket City Trash Pandas, the Southern League affiliate of the Los Angeles Angels, will host the game.

“When we built Toyota Field, the vision for the venue was always to serve as a multi-use space for many different events in the City of Madison. We are thrilled to add this huge college rivalry game as our first football endeavor. Thanks to our partners at UNA, the Trash Pandas, and the Convention & Visitors Bureau, we are proud to make this vision a reality for what will be an exciting event,” said City of Madison mayor Paul Finley. “Having an event like this will create a tremendous economic impact for our city and showcase our crown jewel facility.”

The location makes sense for UNA, as the area is one of the largest bases for alumni and prospective students. UNA is currently completing its transition to Division I.

“We are excited to bring the tradition and pageantry of UNA football to Toyota Field this fall,” said UNA president Dr. Ken Kitts. “The Madison-Huntsville market is key for us – not only because of our large alumni base, but because of the depth of outstanding students in the area who are potential UNA students. Hosting this game is a tremendous opportunity for us to expand our brand and embrace the next generation of UNA students.”

“Hosting our in-state rival at Toyota Field is going to be a tremendous experience for our student-athletes, coaches, alumni, and fans to enjoy,” said Looney. “This is a region rich in UNA pride and we are honored to have this opportunity to showcase our program in a state-of-the-art facility as we continue to build football into a championship caliber program at the Division I level.”

Hunstville/Madison County Convention & Visitors Bureau put the event together and expects a capacity crowed of 10,000. The estimated economic impact is $1 million for the area.

“In a state that has a deep passion for football, we are proud to lead the charge in bringing this game to fruition and the reimagining of Toyota Field as a football facility,” said Judy Ryals, President and CEO of the Huntsville/Madison County Convention & Visitors Bureau. “We look forward to maximizing the opportunity to bring visitors in for the weekend, but also to introduce people to our area through the ESPN+ broadcast to show why the Rocket City is such a special place.”

The Trash Pandas’ team will assist in the event, focusing on fan experience.

“Thanks to the special relationships forged over the last few months, we look forward to welcoming UNA to Toyota Field for a one of a kind experience that we offer all of our fans every night during baseball season,” said Garrett Fahrmann, General Manager of the Rocket City Trash Pandas. “While this event has some unique characteristics to it, our focus is on keeping the same mindset we have for Trash Pandas games – to create a special fan experience that will want them to come back for another event at Toyota Field.”

MartinFed, a federal solutions company headquartered in Huntsville, will be the presenting sponsor of the game.

“MartinFed is a team of outstanding professionals who provide for the safety and security of our nation everyday through the constant pursuit of excellence,” said Matthew Schmitz, a UNA alumnus and Chief Growth Officer for MartinFed. “The University of North Alabama, Jacksonville State University and Rocket City Trash Pandas are also all outstanding teams who pursue excellence everyday. MartinFed is proud to be the presenting sponsor of a great event that showcases such amazing teams and organizations. Investing in our communities is part of our corporate culture and we couldn’t be more excited for this event.”