SEC Presidents and Athletic Directors Speak Out on Return of Football

Students on campus in the fall or no football? No problem, says the SEC. 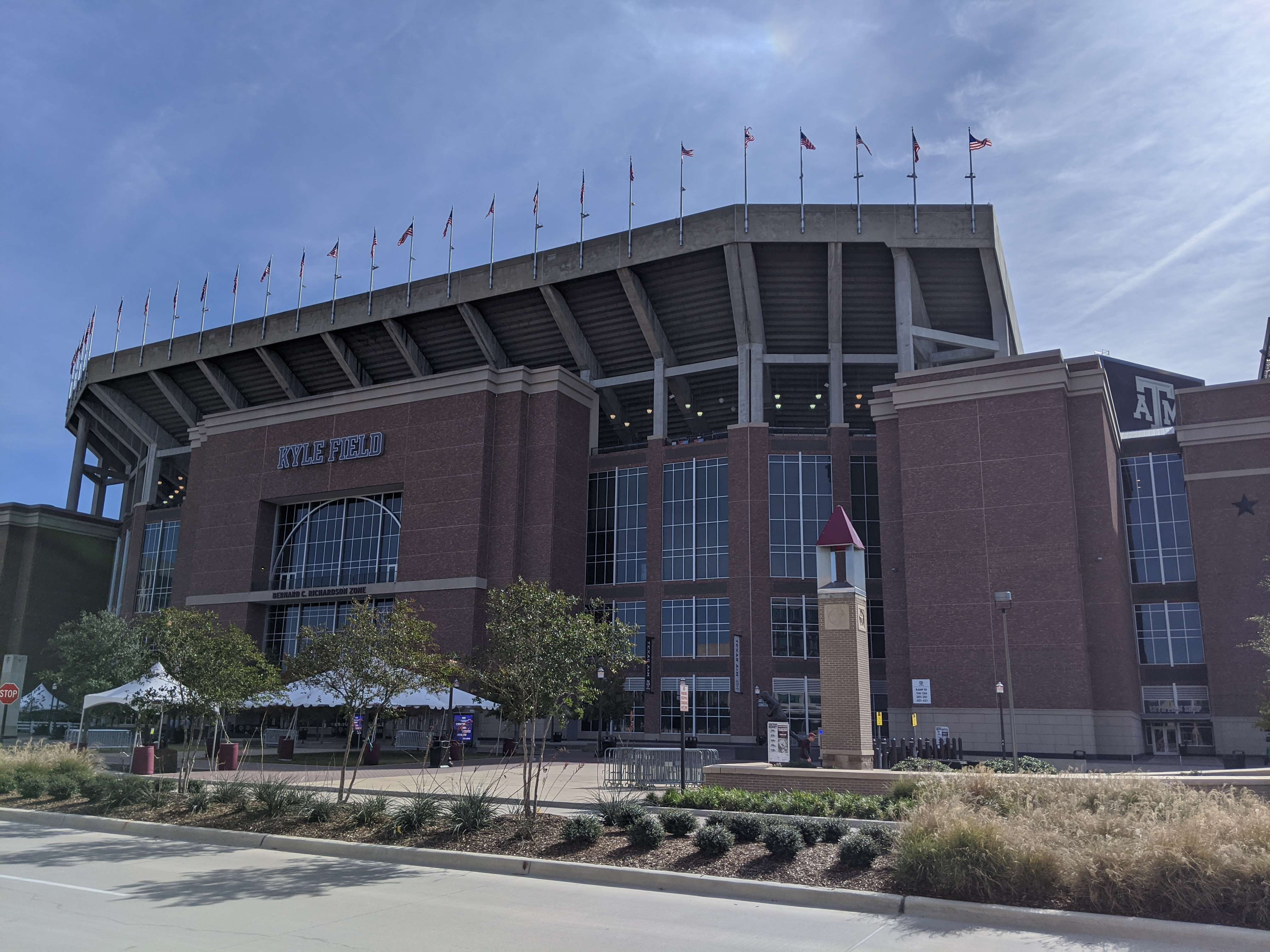 Update: The Advocate is reporting SEC presidents will vote on whether student athletes will be able to return to campuses on June 1 or June 15.

Students must return to campus for instruction in the fall in order for there to be college football?

No problem, says the SEC.

In contrast to this week’s news that the California State University system will remain online only for instruction in the fall, we’ve now heard from athletic directors and presidents from every school in the SEC about when — not if — both students and football will return. Currently, SEC team practices and meetings are suspended through May 31st, with camps and coaches clinics suspended through July 31st.

Much of the current discussion centers around the return of all students to campus. Not surprising given NCAA President Mark Emmert saying last week, “If a school doesn’t reopen, then they’re not going to be playing sports,” Emmert said. “It’s really that simple.”

Auburn president Jay Gogue sent a video message to incoming freshman assuring them classes would resume on campus in the fall, as planned. He also said, ” We’re going to have all of the activities that we have every fall.”

He goes on to mention freshman convocation, student organization activities, fraternity and sorority activities, Pizza and Popsicles with the President…and that Auburn “will have football this fall.”

Mississippi State issued a release saying it is also fully committed to reopening its campus to students in the fall.

“I’m very optimistic about our kids coming back to campus and conditioning for our fall sports after June 1,” athletic director John Cohen said. “We have a plan in place to do that as an athletic department.”

The chancellor of the University of Alabama system, Finis E. St. John IV, has said, “We are expecting to have a fall semester at all of our universities.” He continued, “We understand that things could happen that make it impossible, but that’s what we are planning for at this time.”

Similarly, Texas A&M Chancellor John Sharp said weeks ago he is planning on reopening campus for fall semester and a return of football. The University of Mississippi sent out a similar message.

Kentucky President Eli Capilouto has made similar comments, although he says they are working to, “reinvent or reimagine what is normal.” Athletic Director Mitch Barnhartt told season ticket holders ahead of the renewal date a couple of weeks ago, “As an administration, we are planning for football in the fall and focusing on taking the necessary steps to ensure the health and safety of everyone involved.”

Missouri head coach Eli Drinkwitz and the football staff have already returned to their offices as part of a soft reopening of campus. The Tigers are preparing for student athletes to return June 1st when the current SEC suspension of athletic activities expires. Missouri would require all football and men’s and women’s basketball student athletes to return to Columbia, but attendance would be optional for other sports.

The University of South Carolina has announced it will resume in-person instruciton in mid-August. Head Coach Will Muschamp says football student athletes are anxious to get back to campus and that the whole first month back — whenever that is — will need to be dedicated to strength and conditioning because only 30% of his players had access to weights while away from campus.

Arkansas is planning to open for optional strength and conditioning on June 1st, with football practices beginning July 15th.

The Advocate reports Woodward “believes LSU can keep its student-athletes healthier than they are now living at home by self-quarantining them, controlling their exposure to other people, regulating their meals and cleaning the weight rooms on a regular basis.”

According to Woodward, LSU plans to play a full season, beginning as scheduled on Labor Day weekend. But when can fans expect to sit in the stands?

“This is the one we have no idea about,” Woodward said. “When are we going to get butts in the seats? I don’t know the answer to that. I think probably middle of the summer sometime we’re going to have to decide what we want to do.”

“I see the light at the end of the tunnel,” Orgeron said. “Hopefully we’re about to move forward in the next couple of weeks.”

The University of Florida announced it will start reopening campus for staff and preparing for a return of students, although no firm dates have yet been made public. The athletic department says it has been preparing as if there will be full stadiums in the fall, noting that it must be prepared in case it happens but can certainly adjust if fans are now allowed.

Tennessee professor Jon McCullers, who is an associate executive dean and an infectious disease expert, said on Memphis radio last week, “you’re not going to have spectators in Neyland Stadium this year. That’s just not going to happen.” However, the university has already announced its intention to resume classes on campus in the fall.

Vanderbilt released, “Open Mind: A thoughtful, reasoned approach for returning to campus.” Interim chancellor and provost Susan R. Wente detailed a phased reopening and says a fall return to campus is the goal, although she wasn’t as firm as some of her SEC colleagues.

Georgia athletic director Greg McGarity was quick to point out everyone has an opinion. “I tend to agree with what (Kentucky athletic director) Mitch Barnhart said: ‘There’s a rush to the microphone right now,’ for some reason. There’s such a range of opinion that it just confuses people. There’s no consistency, not just in the SEC, but in the country.”

The SEC has a task force comprised of medical professionals representing the 14 universities of the conference that will guide the membership on decisions related to a start date for practices, conditioning, team gatherings and competition. The SEC’s Return to Activity and Medical Guidance Task Force has been meeting by video since April and updates from the meetings have been provided to presidents, chancellors and athletic directors. A return to activity must be approved by the membership.

“As the Southeastern Conference Office continues to closely monitor and learn about COVID-19 and associated public health information, this task force of medical professionals has begun to provide the guidance necessary to make decisions related to the return to athletics activities for SEC student-athletes and to assist in our collaboration with colleague conferences in determining a safe return to athletics competition,” said SEC Commissioner Greg Sankey.  “The expertise of these medical professionals is playing an important role in our continuing focus on the health and well-being of SEC student-athletes.”

According to a release from the conference, the “task force is responsible for identifying recommended protocols and best practices for guiding the safe return to in-person on-campus meetings, individual workouts, out-of-season activities and skill instruction, and practice activities for student-athletes and coaches; identifying the desired amount of practice and training time required to safely acclimate student-athletes into competition; and identifying opportunities for a return to competition, including considerations for student-athletes, administrators, support staff, officials and fans.”

The decision goes beyond the universities, however, and is also dependent on the regulations in place within states and municipalities.

Florida governor Ron DeSantis has already said he’ll be happy to welcome any NFL teams that can’t operate in their own states. “If you have a team in a league in an area that just won’t operate, we’ll find a place for them here in Florida,” he said. “Our people are starved to have some of this back in our lives. I think we can certainly do it in a way that’s safe.”

The UFC has already hosted two events in Jacksonville, Florida and will have one more this week. Major League Baseball has also considered playing at spring training sites in Florida. It stands to reason the SEC can at least count on Florida when it’s ready to start playing football again.

The Business of College Football: Book Recommendations
Redskins Name Change: What Washington and Dan Snyder Can Learn from Miami (OH)