Texas to the ACC: Is it so crazy? 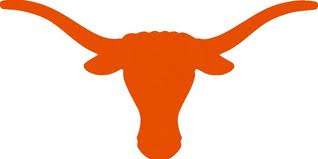 When I first heard rumors of Texas to the ACC about a week ago I thought it was the most ridiculous thing I’d ever heard. No specific reason – it was just my gut reaction.

Then I got to thinking about it, and suddenly I can see it. Texas to the ACC makes more sense than any other scenario outside of the Big 12.

Let’s get inside the mind of Texas for a minute. It’s used to being the alpha dog in its conference. It has a brand new network it would like to keep that stands to make them financially stable for a very long time. Texas is an elite public university, one of the “public Ivy” schools.

Given all that, where does Texas best fit outside the Big 12? Crazy though it may sound, I think it’s the ACC.

Before we get into why the ACC is the surprise frontrunner, let’s take a look at the other conferences from the one with no chance to the one with the strongest case after the ACC.

The only way Texas will be joining the Big East is if it goes independent for football and needs a home for its other sports. I don’t see any point in wasting word count on why this is the case.

The Big Ten doesn’t seem to be a factor at this point. Even if they were, they would almost certainly require Texas to ditch the Longhorn Network because of the Big Ten Network, which has second tier rights in the conference (by comparison, the regional networks in the Pac-12 have third tier rights).

I’m sure the SEC would welcome Texas with open arms, but the academics in the SEC keep them from being a factor. Florida and Vanderbilt are the only academic heavyweights in the conference, and that’s not enough for Texas. Again, this is a conference unlikely to let Texas keep Longhorn Network. That’s the most important part.

The Pac-12 is out because Texas would have to give up the Longhorn Network and stomach splitting money equally with little brother Texas Tech and a school like Washington State. They’d also presumably be sharing a regional network with Texas Tech. They wouldn’t be getting into Southern California either, as it seems clear any addition of Texas, Texas Tech, Oklahoma and Oklahoma State would mean creation of an eastern division in the Pac-12 to also include Utah, Colorado, Arizona and Arizona State. Although they fit in academically, it’s not enough. It also means playing away games two time zones away.

Which brings us to the ACC. The ACC comes the closest to giving Texas everything it wants and needs. Texas can come in and immediately be competitive in football and basketball. It’s a respectable conference for all the other sports as well. Based on the US News and World Report rankings that came out yesterday, the ACC is the best conference academically. Texas would be in extremely good company in that respect. The ACC television deals already provide a per year average that is higher than the Big 12 will have under its new contract. Although Texas receives more than the average in the Big 12 currently because of the unequal revenue distribution model, that model has already been equalized to a degree with equal sharing of the new FOX money, and there’s talk of making all revenue sharing equal going forward.

The biggest selling point isn’t that Texas can make as much or more in conference distributions in the ACC, it’s that Texas would get to keep the Longhorn Network. I think that’s the deciding factor here. The ACC allows each member to dispose of their third tier rights (any content not picked up by the conference’s tv partner, ESPN) in whatever manner they choose, so there’s no reason to believe Texas wouldn’t be able to keep the Longhorn Network. Texas is guaranteed to make $10.98 million from the Longhorn Network this year, with increases of 3% each year after. In addition, once network revenues exceed $295 million, Texas will begin receiving a whopping 70% of what’s called “Network Adjusted Gross Revenue,” which is essentially net income of the Longhorn Network. Is there any doubt holding onto this network is Texas’ top priority?

Even more importantly, the ACC could position the Longhorn Network to carry more football games. ESPN, Texas’ partner in the Longhorn Network, is the sole rights-holder in the ACC. That means no negotiation with FOX or any other network when it comes to television rights in the conference. From what I’ve been able to gather, the ACC contract with ESPN requires ESPN to carry all football and men’s basketball games, which on the face of it would make it seem that no football games would be available to the Longhorn Network. I have not been able to obtain a copy of the contract between ESPN and the ACC, but I wouldn’t be surprised to find language that might allow Longhorn Network to grab some games. Because ESPN has so many channels across its own brand and ABC, I imagine the language says something about games being carried on ESPN or any of its affiliates or subsidiaries. Longhorn Network would likely qualify if broad enough language was used.

Even if the terms of the contract don’t allow for ESPN to pass games to the Longhorn Network, I think there could be some negotiation to allow it. The ACC would be increasing in value as a conference by adding a huge national brand like Texas, so a renegotiation of the contract with ESPN might be in order. If a new contract is negotiated and current members of the ACC have their revenue share increased, perhaps they won’t mind a game or two ending up on Longhorn Network. Money talks. Not to mention that adding Texas increases the brand power of the ACC as a whole. As long as revenue is still be distributed equally amongst ACC members and the current members are adequately compensated for allowing the Longhorn Network to exist, I don’t think they’ll say no to the chance to add Texas.

You can argue with me all you want about fans not wanting to travel to ACC destinations or current ACC members being against the addition, but the financial incentives for all involved are the most important motivators in this round of conference realignment.

If you’re not sold, check out this piece by Chadd Scott of ACC/SEC/C-USA site ChuckOliver.net detailing why Texas to the ACC is a bad move.