With a wave of premier college football players choosing to sit out bowl games to prepare for the NFL, here’s what you need to know for bowl season. 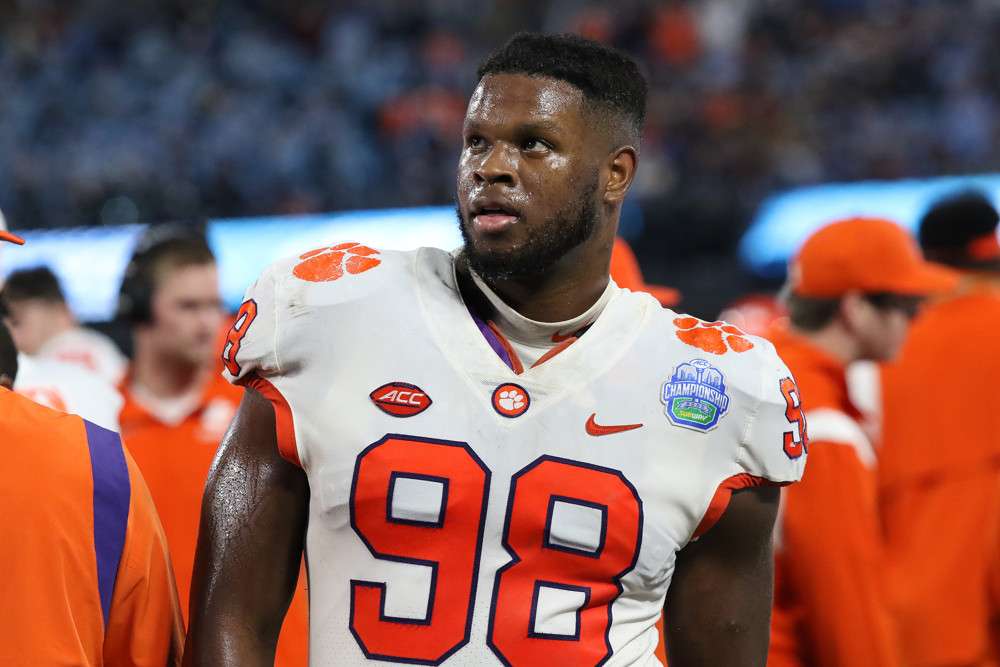 The college football season is nearing an epic ending as bowl season heats up, and from the College Football Playoff to historic bowls like the Rose Bowl, there will be plenty of football to indulge in for both diehard and casual fans.

One of the most impactful storylines so far has been the continuation of the opt-out trend — players choosing to prepare for the draft rather than compete in bowl games for their college teams. Along with the transfer portal, this trend has drastically mixed up the lineups of some big-time programs, while others remain the same from their regular season form. While the College Football Playoff games should be unfazed by this trend, other New Year’s Six bowls and major matchups could look a lot different than anticipated.

To help keep up with the whirlwind of opt-out announcements, Business of College Sports has compiled a list of players opting out of major upcoming bowl games.

Some players, such as Ohio State receiver Jaxon Smith-Njigba, Utah tight end Dalton Kincaid and running back Tavion Thomas, have announced intentions to prepare for the Draft, but cited injury rather than purely opting out as their reasoning. This list also focuses on prospects expected to go in the top 100 or 150 spots in the upcoming NFL Draft.

Myles Murphy, Clemson defensive end – Murphy, expected to be a top-10 pick in the NFL Draft, ended his Clemson career ahead of the Tigers’ matchup against Tennessee in the Orange Bowl. He accumulated more than six sacks each of the past two seasons on the Clemson defensive line.

Joey Porter, Jr, Penn State cornerback – The standout defender was a key part of the Nittany Lions’ run to the Rose Bowl and earned a second-team All-America selection for his efforts in 2022. Porter is expected to go in the first half of the first round.

Cedric Tillman, Tennessee receiver – Tillman helped catapult Tennessee to the top of the college football world (at least for a couple weeks), catching nine passes for 162 yards and the game-winning touchdown in overtime against Pitt.

Major Opt Outs in Other Bowls

Will Levis, Kentucky quarterback – Kentucky will be without its QB1 when it takes on Iowa in the Music City Bowl. Levis is one of the top quarterback prospects in his draft class and could go in the top five picks of the upcoming draft.

Michael Mayer, Notre Dame tight end – The dominant tight end of his draft class and a potential top-10 pick, Mayer will miss Notre Dame’s matchup against South Carolina to prepare for the next level. Mayer caught 67 passes for 809 yards and nine touchdowns for the Fighting Irish this season.

Bijan Robinson, Texas running back – Running backs rarely go in the first round of the NFL draft in today’s league, but Robinson has a strong chance to buck the trend. After tallying 1,580 rushing yards and 18 touchdowns this season, he announced he will skip Texas’ matchup against Washington to go pro.

Anton Harrison, Oklahoma offensive tackle – Another prospective first round pick, Harrison announced that he would miss the Sooners’ Cheez-It Bowl matchup against Florida State. Harrison was an All-Big 12 First Team selection in 2022.

Josh Downs, North Carolina wide receiver – Downs’ breakout season was a big reason behind the ascendant Tar Heels’ run to the ACC title game. He will miss UNC’s Holiday Bowl game vs Oregon, but contributed 94 receptions and 11 touchdowns to the Tar Heel offense this season.

Drew Sanders, Arkansas linebacker – Sanders took his game to another level as a junior, going from one sack and 24 total tackles in 2021 to 9.5 sacks, three forced fumbles and 103 total tackles this season. Sanders will miss the Razorbacks’ Liberty Bowl game against Kansas, but will be a prospect to watch in the upcoming months.

Demarvion Overshown, Texas linebacker – The Longhorns will also have a premier prospect absent from action for its Alamo Bowl showdown against Washington, as Demarvion Overshown will sit out after a stellar senior season. Overshown called 95 total tackles and four sacks, both career highs.

Zacch Pickens, South Carolina defensive lineman – Pickens has gained traction as a D-Line prospect with solid production across his four seasons with the Gamecocks, but chose to go straight to draft preparation instead of the Gator Bowl. Pickens recorded 42 total tackles and 2.5 sacks in 2022.

Aidan O’Connell, Purdue quarterback – The Boilermakers will look vastly different from the team that won the Big Ten West this season, with a new coach on the sidelines and new name under center. O’Connell was one of the Big Ten’s most productive quarterbacks for the past couple seasons, passing for 22 touchdowns and 3,490 yards this season.

Anthony Richardson, Florida quarterback – Richardson had some eye-popping highlights for the Gators, but Florida’s uneven campaign ended in a blowout loss to Oregon State with their QB1 out of the picture. As the Gators’ starter in 2022, Richardson surpassed 2,500 yards passing and 650 yards rushing with 23 total touchdowns.

Chris Rodriguez Jr., Kentucky running back – One of the other leaders of the Wildcat offense will be out of the picture against Iowa. Rodriguez complimented Levis and the passing attack with 904 rushing yards and six touchdowns in 2022.

Cam Smith, South Carolina defensive back – Smith has been an active part of the South Carolina secondary the past three seasons, intercepting at least one pass each year and recording 11 passes defensed in 2021. The Gamecocks will need to replace his production against Notre Dame’s offensive attack.

Isaiah Foskey, Notre Dame defensive lineman – Along with losing Mayer on the offensive side, Isaiah Foskey will not be a part of Notre Dame’s defense line against South Carolina in the Gator Bowl. Foskey recorded 11 sacks each of the past two seasons.

Israel Abanikanda, Pittsburgh running back – Although Pitt tumbled after its ACC Championship, Abanikanda had a season for the ages with 20 rushing touchdowns and 1,431 yards for the Panthers.

Calijah Kancey, Pittsburgh defensive lineman – The Panthers will also be shorthanded on the defensive side, with Kancey opting out of Pitt’s Sun Bowl matchup against UCLA. Kancey has consecutive seasons with seven sacks, including a three-sack performance against Virginia.

Rakim Jarrett, Dontay Demus, Jacob Copeland, Maryland receivers – The Terrapin receiving corps is leaving for the NFL early after a strong campaign that returned Maryland back to bowl season. All three are expected to be in the draft conversation and could follow in the footsteps of Terrapin greats Torrey Smith and Stefon Diggs.

Deonte Banks, Maryland defensive back – The Terrapins will return much more of their production on the defensive side, but will be without one of their top defensive backs. Banks broke up eight passes in 2022 and intercepted a pass in a close win against Indiana.

Bumper Pool, Arkansas linebacker – Pool has been one of the most prolific defenders in the SEC, racking up at least 90 total tackles in each of the past four seasons. He also set a career-high with two sacks in 2022.

Jadon Haselwood, Arkansas wide receiver – The last opt-out on Arkansas (so far), Haselwood took a big step forward with 702 receiving yards and seven touchdowns this season. The junior from Atlanta will be a tough loss to swallow for Arkansas ahead of their Liberty Bowl matchup.

Jalen Redmond, Oklahoma defensive lineman – Redmond has been one of the Sooners’ top pass rushers in his time in Norman, with at least 3.5 sacks in the past three seasons and 6.5 in 2019.

Wanya Morris – Oklahoma offensive tackle – The Sooners will not have either of their starting offensive tackles available for their Cheez-It Bowl game against Florida, with Morris joining Anton Harrison in draft preparation.