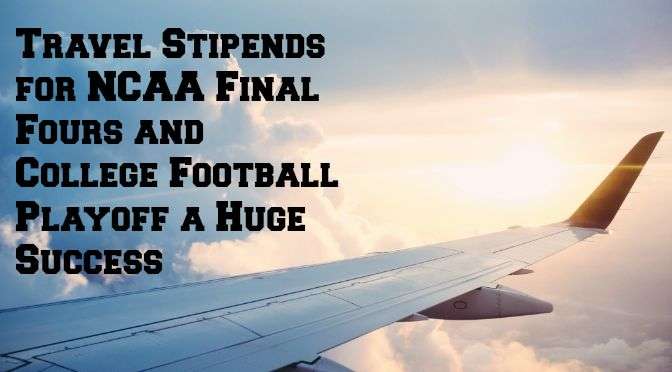 A month ago, the NCAA announced it would be extending the program for men’s and women’s basketball for a year, and then Tuesday the College Football Playoff followed suit and extended its program for another year.

Click here to keep reading my piece on Outkick the Coverage on FoxSports.com