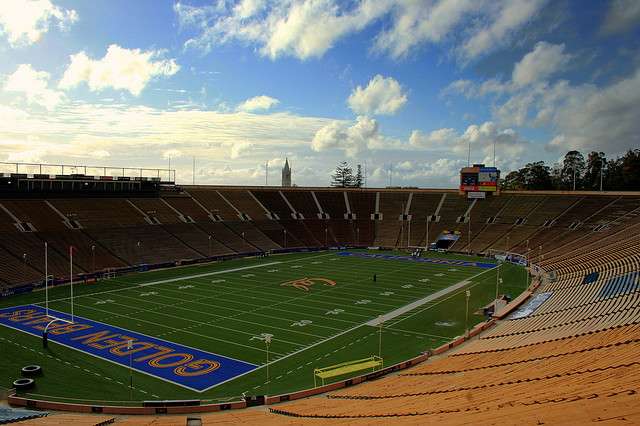 Cal will reportedly be announcing today that AD Sandy Barbour, who’s led Cal’s athletic department since 2004, will step down and move to the academic side. She’s the second female athletic director to step down from an FBS athletic department this summer. Georgia State announced in May that AD Cheryl Levick would move into a new role as special assistant to the university president.

That leaves six women at the helm in FBS athletic departments:

When UNC-Charlotte moves up to FBS next year, Judy Rose will become the seventh female athletic director at the FBS level. You could also perhaps count Chris Plonsky, Director of Women’s Athletics at University of Texas, since Texas has divided the AD role between men’s and women’s sports.

Women might be in the minority at the FBS level, but three of the current female ADs have been hired in the past two years: Hermann at Rutgers, Kunzer-Murphy at UNLV and Lyke at Eastern Michigan.  In 2012, there were only five female athletic directors at the FBS level.

Why do you think there are so few women ADs at the FBS level (and even at the Division I level overall)? Is it discrimination? Do women not want the job? I’d love to hear your thoughts in the comments!

Thank you to my Twitter followers who helped me track down exactly how many female ADs are currently in FBS!

Want to work in intercollegiate athletics?
Do you handle social media within an athletic department?