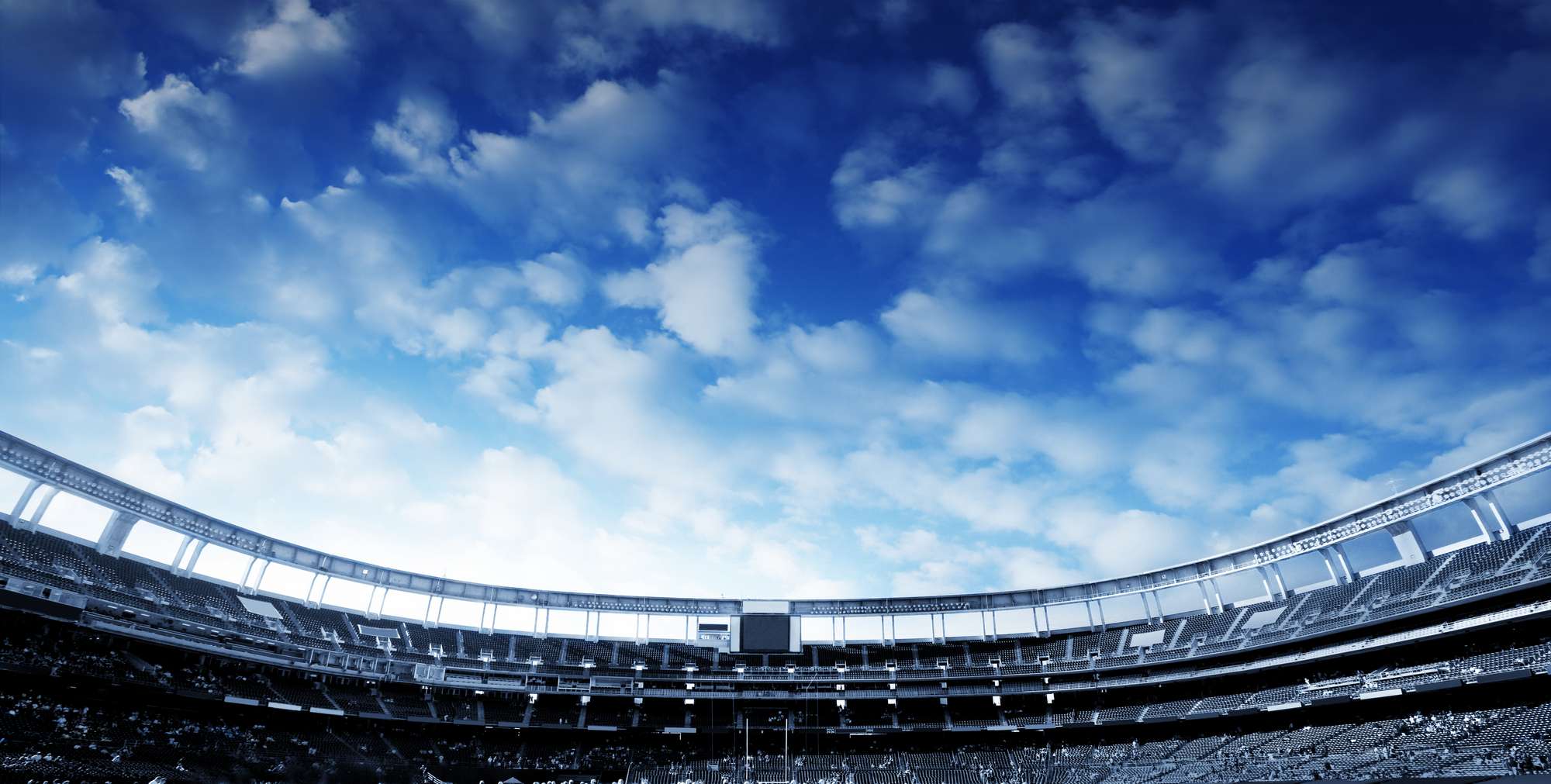 You find a potential significant other to be interesting, attractive, and somebody you’d like to know more. There’s only so much one can process from the surface without actually spending time together. Questions arise like, “How long could this last?” or “Can I live with them sleepwalking and unconsciously hitting me multiple times in the middle of my sleep? (Oddly specific, yes, but I know from experience.)

Yet here we are after a few “dates” with COVID-19, and every time we think we know what’s going on, a new expert, announcement or report comes out to make us question it all. We know the basics; things won’t be normal again, and collegiate athletics and professional sports have to change. Unlike the crazy-ex, you can’t say, “it’s not you; it’s me.” COVID-19 isn’t going away anytime soon.

For as long as this has been going on, we still don’t know much. Every day I read the usual websites you read and only see articles about cost-cutting measures, new conference regulations, fan attendance issues, will there even be a season? Those topics keep me going throughout the day, but what keeps me up at night are the details and unintended consequences. Let me share just a few.

How will fans come back and interact?

It’s all but assured that fans wouldn’t come back the same way. National attendance is already on the decline from both fanbases and students. In fact, the 2019 season college football attendance hit a 24-year low. What’s to say, this will speed up the trend more? The actual athletic competition has been slowly drifting away as the main entertainment. Fans are looking straight down at their phones in-between plays or more likely not showing up at all due to accessibility elsewhere. The same silly contests ridden with corporate sponsorships or a ploy to buy more tickets have gobbled up timeouts, halftime shows, and sometimes even in between plays.

How do we improve the in-game entertainment to draw more fans back to our venues? What is going to cause the most FOMO (Fear of Missing Out) amongst students and fans? In short, we know we have to be different, creative, and do something maybe out of the norm to get fans talking and back to the stands or, at the very least, get a more significant piece of the profit pie. In sponsorships alone, it’s estimated that $10 billion has been interrupted in the sports and entertainment industry.

I foresee loosened rules for in-game music at collegiate basketball games, like the NBA, to keep the students involved and watching. These students, of course, are excellent multi-taskers. Potentially the NCAA can tap into the NFL rulebook and allow for touchdown celebrations to keep the game “fresh.” What about the infamous FBS requirement for 15,000 fans in attendance? I can tell you every school knows the loopholes to manipulate those numbers. There are many ways to check the box for a meaningless rule. Thankfully, the NCAA has recently approved a two-year hiatus from this rule. Don’t overthink it here—remove it permanently.

We get it, we will have to test to some degree, but how and who is paying for it?

I recently took a job at Southern Utah University, a wonderful FCS institution located in Cedar City. For years the big issue, like many schools, has been about money. There isn’t enough revenue streams nor opportunities to make athletic departments as a whole profitable. Our Thunderbird Scholarship Fund remains our biggest priority and bill every year, we’ve never been able to meet the roughly $2,000,000 bill. Now a new line item may be forced upon us in terms of testing.

If we are required to administer weekly COVID-19 molecular tests to our football players, that will put us in the ballpark of $15,000. Testing would most likely run from fall camp to postseason play. Mind you, I only did the math for just football. Now we all know there are multiple sports at an institution that aren’t football nor basketball. I wonder about how these effects travel parties and roster sizes. These could also have a trickle-down effect that may make some athletic compliance offices giddy: How do we handle donors on football away trips? Those trips are some of the best bargaining chips a development officer can have to raise more money. But is it worth it?

Thankfully, COVID-19 antibody testing is a little cheaper and would run our football program around $6,500 a week. Regardless, that’s a number that I am not sure how many schools will get to if required to play. It’s also worth noting that antibodies don’t show up for 12 days after symptoms. Yes, it could help you prove immunity for some players, thus, lowering costs, but the damage to your team may have already been done in that time frame. Then there is the rabbit-hole of what happens if and when a player tests positive? Please don’t even get me thinking about what happens if the whole quarterback room gets sick, although some schools have had experience with emergency quarterbacks before.

What happens to student fees if students don’t return to campus, nor are allowed into venues?

If you have been around the block at least once, you know student fees are always a hot topic, especially at mid-major institutions. They do, in fact, make up the majority of some athletic department budgets. For example, the Mid-American Conference school’s student fees to athletics have jumped more than 75% in the last 15 years. There has already been some pushback in regards to students going to remote learning from this past spring. Some of these pushbacks have come to a cool tune of $5 million. The noise will only get louder if come the middle of September, an outbreak occurs at X University and impacts multiple student-athletes. Also, while we are on the topic of “outbreaks” I can’t wait to see how that is defined amidst the influx of positive tests across the nation.

What will happen to the “next generation” of sports leaders?

The sports industry pre-COVID was a $60+ billion-dollar sector. Over the last 15 years, a massive influx of both undergraduate and graduate programs revolving around Sport Management have become adopted by universities due to a spike in demand. I have always enjoyed having interns, cooperative education students, or even student volunteers help out on anything from marketing to fundraising. I know of too many young professionals right now who are out of work due to COVID. I don’t think a massive influx of jobs on the NCAA Market will be happening anytime soon. Everything is being cut back. These are young professionals that I’d hire in a heartbeat. Unfortunately, the growth has been stunted and, in-fact, surgically removed in one fell swoop over the last few months.

How will “guarantee” games be affected?

In 2019, 250+ college football games were designated as a guarantee game. Some of the guarantees were as small as $50,000, whereas others were seven-figures. In passing, I have already heard that some Power-5 schools have dropped their “going rates,” for guarantee games. For an FCS institution, those guarantee games across multiple sports go to fund several athletic programs, not just the “premier programs.” For a program like Eastern Kentucky, who has a scholarship bill for $1.9 million for football alone, these guarantees go a long way for a department. I hope that this potentially opens the door for more traditional in-state games and forces the “big brother” institutions to keep the money, albeit at a lower cost within the state. I wouldn’t be surprised if state legislators get more involved moving forward to help off-set costs.

I love what I do, and it makes it more special because it involves higher education. As a former student-athlete, coach, and now athletic administrator, it’s a complete joy to watch these 17-18-year old’s come in and have their lives changed by education. Collegiate sports have catapulted way more feel-good stories outside of the athletes who became professional athletes. Right there may lie the lightning in the bottle, reminding all stakeholders that there is a reason the student comes before athlete. Then let’s keep it that way, but first, there will be several more questions to be answered.

Thankfully, we don’t need to buy a ring quite yet.