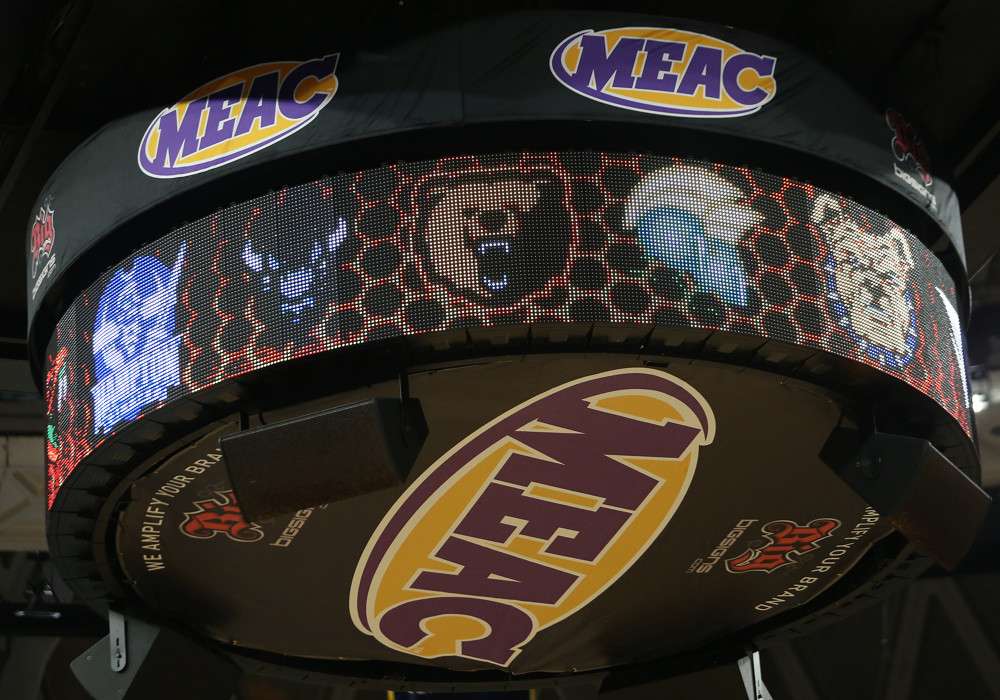 As we all know, 2020 is a year we as society will never forget. Beyond the massive impact COVID-19 had on all our lives, our nation’s struggles with racial injustice came to light in a major way following the tragic murder of George Floyd. All around the country, many Americans came together in support demanding change of our society’s systemic racism.

In the sports world, we saw athletes across all sports and all levels use their platform to lead the fight for justice. One of the ideas that surfaced to help promote effective change in the collegiate sports landscape was to shine more light and improve Historically Black Colleges and Universities (HBCUs).

A New York Times article at the time highlighted how the commitment of 5-star basketball players like Makur Maker to HBCUs over the traditional “blue bloods” could go a long way to upgrade the profiles of those institutions. But as we all know, actions speak louder than words, and up until recently, not much action was taken to promote and improve HBCUs.

Thankfully, a couple of recently announced partnerships between prominent brands in college athletics and HBCU conferences could serve as the much-needed spark.

Across Division I Men’s and Women’s NCAA Basketball, it is not uncommon to see low to mid-major programs travel to play schools with established brand names from the power conferences. For the bigger school, these “buy” games serve as a way to sell tickets early in the season and put on a good show for their fans. For the smaller schools, even though the experience of playing “big time” college basketball in front of 10,000 fans might be cherished, they essentially play these games because they are being paid handsomely by the bigger school.

Therefore, a school from a conference like Southwestern Athletic Conference (SWAC) traveling to play a school in a power league like the Pac-12 during non-conference play is commonplace. However, it’s extremely rare to see the schools from the power leagues return the favor and play smaller schools on the road.

Recently, however, the Pac-12 and SWAC announced an unprecedented agreement that will change this reality moving forward. The two conferences will begin the first home-and-home series between a power conference and HBCU league in 2022. Through the partnership, SWAC schools will get the opportunity to welcome some of the biggest brands in college basketball to their own campuses for the first time.

“As part of our Pac-12 Impact initiative to find ways to support and promote diversity and inclusion through sport, we could not be more proud to join with the SWAC on this first-of-its-kind initiative. All credit goes to the basketball head coaches and athletics directors from both conferences for wanting to go above and beyond by creating a truly inclusive and meaningful partnership that will help raise awareness of the important role of HBCUs in higher education,” said Pac-12 Deputy Commissioner and Men’s Basketball Sport Administrator Jamie Zaninovich.

Beyond just the competition element of this partnership, student-athletes will participate in social justice and anti-racism educational demonstrations as part of the games. In addition, athletic departments will facilitate networking opportunities and private meetings between ADs and their respective staff as well.

Recently, we’ve seen conferences come together to form agreements in regard to scheduling including the newly created “Alliance,” the ACC/Big Ten Challenge, and SEC/Big 12 Challenge. But this partnership goes beyond just the competition on the court.

The impact it will have on SWAC members consisting of HBCU institutions will be profound. Hosting powerful and historic programs from a power league like the Pac-12 can serve to legitimize SWAC basketball and bring attention to HBCUs on a national level. SWAC coaches can tell recruits they will get the opportunity to play against some of the best teams in the nation not only on the road at venues like the McKale Center or Pauley Pavilion, but also in front of their home fans in an electric environment.

The financial benefit of this partnership for SWAC institutions cannot be understated as well. HBCU student athletes put just as much effort into their sport as student athletes we see often on television from conferences like the ACC, Big Ten, Big 12, Pac-12, and SEC do. Many conferences came out with mission statements promoting diversity and inclusion in the Summer of 2020, but like SWAC Commissioner Dr. Charles McClelland said, this partnership is “more than a mission statement.”

Shortly after the news of the Pac-12/SWAC partnership, the Mid-Eastern Athletic Conference (MEAC) and Syracuse University announced an alliance of their own. Similarly, one of the key components of the alliance is a scheduling agreement that has a goal of up to 50 competitions between Syracuse and the MEAC institutions over the course of the next 10 years.

However, even more so than the Pac-12/SWAC partnership, this alliance will have its biggest impact away from the field of competition. There is a long list of initiatives to connect institutions, students-athletes, staff and alumni.

As followers and fans of collegiate athletics, we will see the games pitting Syracuse against schools like Morgan State and Coppin State across many sports. While it will be entertaining and somewhat of a novelty to see Syracuse compete against HBCU schools so frequently, the fruits of this partnership will happen behind the scenes through these additional programs:

For HBCU student athletes, the opportunity to compete against one of the biggest brand names in collegiate athletics at a place like the Carrier Dome is undoubtedly a great experience. However, will it do anything to help these student athletes when their playing careers are over? No.

In a podcast interview with our own Kristi Dosh, MEAC Commissioner Dennis Thomas said, “We want this to be a deep dive in student athlete development, and professional development. And I said I’m all in with that kind of thinking. Because we want student athletes to have opportunities beyond the playing field, and internships, as you know, play a critical role.”

Through these programs, student athletes, students, faculty, and athletic administrators at both Syracuse and the MEAC institutions will be able to connect with people from different backgrounds.

Thomas added that the benefits of this alliance for involved individuals will come “not only from a professional standpoint, but from a personal standpoint, by having experienced a different culture, a different environment, and have learned from it.” The partnership is expected to begin this academic year, with Morgan State traveling to Syracuse in a women’s basketball game scheduled as the inaugural matchup.

In a time where there has been so much push for racial justice and equality, these two partnerships between big name brands in college sports like the Pac-12 Conference and Syracuse University and HBCU leagues like the SWAC and MEAC could be a watershed moment for the way athletic administrators can make an impact through sport. Intercollegiate athletics, especially in the money-making sports at the Division I level, serve as a way for an institution to generate revenue.

However, its impact on student athletes and society are just as if not more important than any dollar figure an athletic department can bring in. Student athletes spend around four years at their respective school and get the opportunity to play the sport they love while getting their education. While some of the very best get to go on and play at the professional level, like the NCAA always says on their commercials, many of them will “go pro in something other than sports.”

The alliances between the Pac-12 and the SWAC as well as Syracuse and the MEAC prove that those entities are invested in making an impact beyond the field of competition. Through highlighting HBCUs in a way that’s never been done before, creating networking and educational opportunities for students, and other avenues, tangible progress of working for racial justice and equality is visible.

The fight against racial injustice cannot be won with mission statements or press releases. Meaningful change is possible when individuals come together to form initiatives like these. It will be exciting how these play out in the future and the impact it will have on HBCUs and beyond.

Voices from the Field: My Career in Sports [Podcast]
Kentucky and the SWAC Kick Off ‘Unity Series’