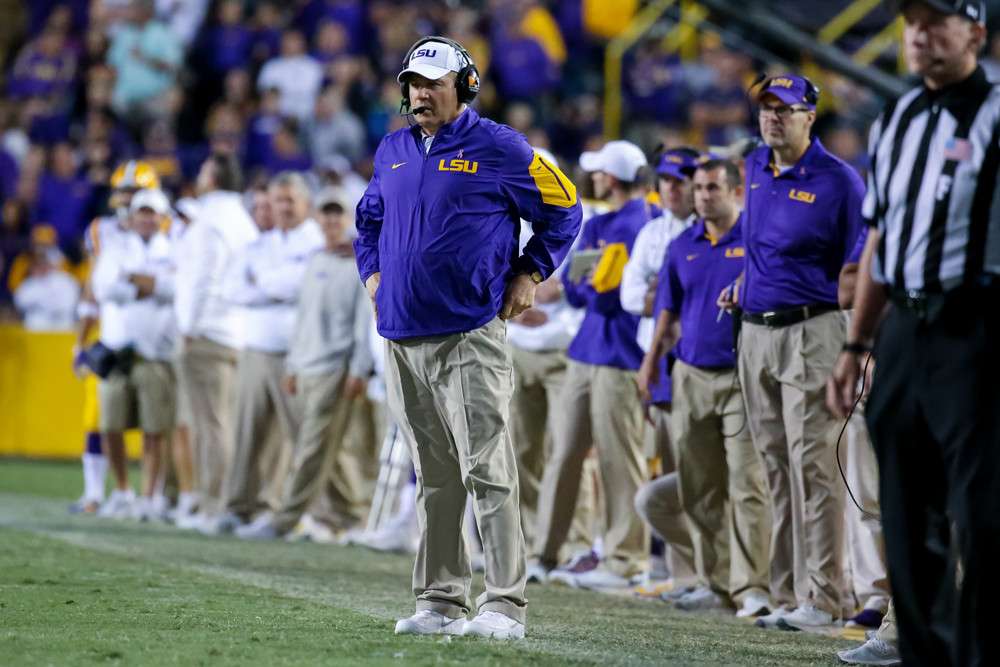 Multiple lawsuits have been filed against LSU, including a $50 million lawsuit filed against former head football coach Les Miles for acting inappropriately with respect to another employee. Sharon Lewis, associate athletic director of football recruiting, has accused Miles of sexual misconduct and racial remarks.

The lawsuit filed by Lewis claims that she was a victim of verbal abuse by university officials after coming forward with her allegations and denied pay raises. This followed the determination that LSU mishandled students’ claims of Miles’ sexual misconduct.

The Title IX Lawsuit Against LSU

An independent investigation found widespread issues with Title IX compliance on the campus. Title IX is a federal law that requires schools to have a confidential, formal process in which students can report sexual assault or violence towards them. The law also includes the opportunity for those accused to defend themselves.

Lewis goes further in her claim. A statement from the lawsuit claims, “After LSU lost the 2012 National Championship game, Miles’ fixation on student workers grew, and he complained to Lewis that the student female workers were too fat, too ugly, too black and demanded that she hire ‘blond girls’ with ‘big boobs’.”

Lewis’ claims come after multiple reports accusing Miles of sexual misconduct. Reports include inappropriate physical touching, messaging students on a private line, and one case in which Miles asked to watch a movie with a student at his personal residence.

The lawsuit is being directed specifically at Les Miles, but also includes the LSU Board of Supervisors, the University’s Law Firm (Taylor Porter), and other associates at the college.

According to Les Miles’ attorney Peter Ginsberg via email, the “lawsuit is a work of fiction eight years in the making,” by Lewis. Miles is standing firm in his position that the allegations of sexual misconduct towards students is untrue.

Winston DeCuir, a lawyer representing LSU, also stated via email that the school believes that “this lawsuit is an attempt to take advantage of the situation for personal benefit.” Lewis has been an employee of LSU for nearly 20 years; she has received several promotions, making her way from track and field star to associate director of football recruiting.

In Lewis’ lawsuit, it states that her complaints to the university regarding Miles’ conduct resulted in retaliation from Miles, executive deputy athletic director Verge Ausberry, senior associate athletic director Miriam Segar, and others. The retaliation resulted in members conspiring to protect the university from complaints of sexual misconduct and violations of Title IX.

According to Interim President of LSU Tom Galligan, Verge Ausberry and Miriam Segar have been suspended from the university 30 days and 21 days respectively. The suspension comes without pay.

The Class Action Against LSU

Following this lawsuit, a class action suit was filed by multiple students regarding their treatment of Title IX. Abby Owens, Samantha Brennan, Calise Richardson, Jade Lewis, Kennan Johnson, and Elisabeth Andries were some of the names listed as the plaintiffs of the suit. Many plaintiffs chose to remain anonymous.

Richardson told the national newspaper, “LSU isn’t listening to what the public wants, so we have to find a new way to make them listen.”. Students claim that they were encouraged to “do what it took” to persuade new football recruits, which included sexual favors. This exemplifies the initial claim by Lewis, supporting the claim that the school disregards allegations from their students.

The Whistleblower Lawsuit Against LSU

More recently, Lewis filed another lawsuit against the University. The suit was filed in the 19th Judicial District Court in late May, citing most of the same issues presented in her initial lawsuit. This lawsuit differs from her first; unlike her federal Title IX suit, this emphasizes her employment with LSU at the state level. Specifically, she is alleging that she was wronged under the state’s whistleblower statute.

The whistleblower statute prohibits retaliation against an employee for reporting a violation of state law. Her claims include retaliation from the school when trying to report misconducts, intentional discrimination in her workplace, sexual battery, simple battery, and battery of a dating partner.

According to her attorney, it was always Lewis’ intention to file both a federal and a state lawsuit.