All the Stats for Year 1 of NIL

What the data tells us about Year 1 of NIL. 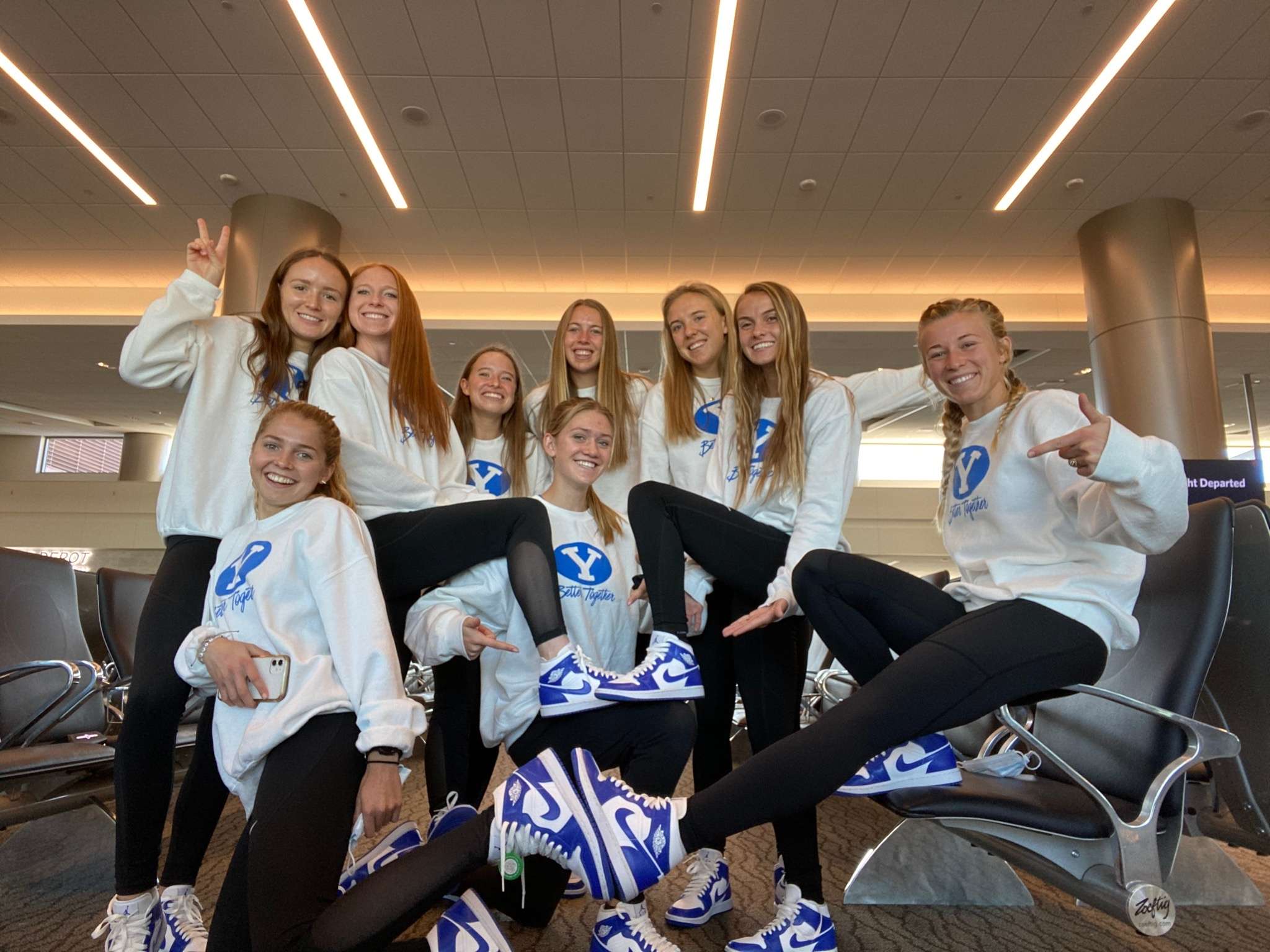 I will continue updating this post as I receive more Year 1 data from schools and other parties. If you’d like to submit data, please email it here.

Okay, I don’t have all the stats . . . no one does. But, I have enough to give us a glimpse at the big picture.

What did the first year of NIL tell us about the market for student athletes? What’s the going rate for a top-level influencer? Who’s really making the money?

Those are all questions I’ve answered over and over the past 12 months for reporters, radio show hosts, brands and even athletes. So, I decided to look all the data I could find for Year 1.

The problem, of course, is that there is no national database or central platform for disclosure. So, the best we can do is try and synthesize multiple sources of data that are each limited in nature.

INFLCR released some aggregated stats from NIL activity reported through its platform for Year 1. Here’s the big picture view:

Average value of all NIL transactions: $1,815

Median value of all NIL transactions: $53

INFLCR’s data also shows average transaction values grew by 80% from Month 1 to Month 12, with athletes disclosing more transactions in the last three months of Year 1 than in any other month.

You probably won’t be surprised to find that football tops the chart for both number of transactions and transaction value at the Power 5 level, although men’s basketball beats out football outside of the Power 5.

But it gets interesting as you dig in more. The average value of women’s gymnastics transactions is more than double that of football.

And while social media transactions accounted for the bulk of NIL deals at 61% of all deals, autographs, entrepreneurship, public appearances and camps and lessons topped social media in terms of financial value.

INFLCR also launched its Local Exchange concept with 31 of its partner schools in Year 1. Across those 31 platforms, 969 businesses have registered, with student athletes receiving NIL deals through the exchanges worth an average value of $1,365.

Opendorse estimates college athletes earned $917 million in Year 1 of NIL, and it projects Year 2 could reach $1.14 billion. Examining data from its Opendorse Premium users, the Year 1 report from Opendorese shows 76% of athletes on the platform received at least one deal. The numbers break down further by type of deal:

74% received an NIL deal from a brand

15% received an NIL deal from a donor

4% received an NIL deal from a fan

However, 35% of all Division I compensation came from donors, with an average monthly NIL compensation of $1,012.

Men completed 62.7% of the deals disclosed on the platform, but if you take football out of the equation the story changes. Without football, women account for 52.8% of the deals.

In terms of types of NIL deals, Opendorse saw social media posting dominate other types of NIL activities, which differs from the INFLCR data.

Compensation by sport varied somewhat from the INFLCR data, especially once you get outside football and men’s and women’s basketball.

Although Alabama hasn’t released its Year 1 stats, head football coach Nick Saban did throw out some numbers during a press conference in May.

“I told our players when this whole thing started to get agents, get representation, so you create opportunities for yourself,” Saban said. “Our players last year created $3 million worth of opportunities for themselves in doing it the right way. I have no problem with that and nobody had a problem on our team with that because the guys that got the money earned it. There were only 25 guys on our team that had opportunity to earn money.”

BYU tells me its athletes have disclosed more than $2.4 million in NIL deals in Year 1. More than 460 student athletes in the department have inked NIL deals. 300 female athletes accounted for $1.7 million of the total, with 123 football athletes accounting for $303,000 and $350,000 for 100 other student athletes. These numbers are all boosted by a couple of key deals that are unlike anything else we saw in the NIL space.

BYU, led by Associate AD for Student-Athlete Experience/NIL Gary Veron, was the first school to provide a team wide NIL deal through Built Bar, as well as an NIL deal covering tuition for all 300 female student athletes through SmartyStreets.

“From day one, BYU has declared itself as a strong advocate of the NIL rule changes. We are thrilled that our student-athletes have received so much attention and support from local, regional, and national brands in the NIL space,” said Veron.

“The profile of a BYU student-athlete often times looks a little different than non-BYU student-athletes. Around thirty percent of our student-athletes are married, and a good portion of that 30 percent have children. These NIL opportunities have served as a wonderful blessing for these beautiful families, and spouses and children should be proud of their student-athlete parent/souse. We look forward to continued success in the NIL arena, and will continue to look for innovative ways to assist our student-athletes with identifying the best methods to maximize their respective potentials. As the saying goes, ‘we’ve only just begun.’ Go Cougs!”

During a media roundtable event, Illinois athletic director Josh Whitman shared that Illinois student athletes have disclosed 400 NIL deals among 150 athletes. Half of those deals were for football and men’s basketball players, but each of the school’s 21 sports had at least one athlete with a deal.

According to records requests by Pioneer Press in late June, 225 of Minnesota’s approximately 650 student athletes disclosed NIL deals in Year 1. Thirty percent of deals disclosed were by football athletes, with men’s basketball and softball each accounting for 10% of NIL disclosures. Volleyball, wrestling, soccer, women’s hockey, women’s gymnastics and men’s track and field/cross country each ranged from 5-10% of the disclosures.

Sixty percent of the NIL deals were for social media, with appearances, autographs and camps making up more than 20%.

The largest NIL deal disclosed was $13,000 from a wrestler, whose name was redacted, for a personal appearance on August 21st. Gable Steveson, a wrestler who signed an NIL deal with WWE last September, appeared at WWE Summer Slam in Las Vegas on that date.

Ohio State recently shared on Twitter its athletes have disclosed 1,115 NIL deals in Year 1, which included more than 300 of its athletes.

Back in January, Ohio State shared its athletes had disclosed 608 deals for a total of $2.98 million in earnings. The school didn’t update the number in its latest tweet but did claim to have the highest NIL earnings in the country.

Per a report in the Austin American-Statesman, University of Texas Athletes have earned more than $2 million in 418 NIL deals reported in Year 1. Those deals were spread across 154 different athletes.

The Gator Collective tells me that in Year 1 of NIL (during which they operated for 10 of the 12 months), they completed NIL deals with 75 UF student athletes across nine different sports. This included Twitter Spaces events, private Zoom calls with athletes, birthday messages, podcast appearances, and interviews, as well as a bowling event, a tailgate/basketball game outing, a BBQ, and Fan Fest.

They’ve launched a podcast, 84 Reasons, hosted by former Gator Ben Troupe, and will soon be launching an online message board community that will feature athlete interactions and insight. They say their focus has been on “providing unprecedented access to student-athletes while allowing them earn compensation through fan interaction.”

Hoop and Holler Houston describes itself as a micro-collective and focuses on football and men’s basketball at University of Houston. In Year 1, they’ve worked with three men’s basketball athletes on deals with Star Pizza in Houston for a total of less than $2,000.

They’ve also worked with the football team through Star Pizza as well. One deal was with D’Anthony Jones, leader of “Sack Ave” for a single tweet with a “bonus challenge” to get over 100 retweets (which he achieved). They also hosted the entire starting defense for a “Board Meeting Lunch.” Currently, they’re working on a commercial starring the guys from “Sack Ave.”

An interesting deal from this collective was with equipment manager Gavin “Stone Cold Big Hawk” Hawk. They say his commercial has been a big success.

Mike Pittman, co-founder of Hoop and Holler Houston, works for Star Pizza, which is why most of their early work has been with that particular company.

“Why not just do it all through Star Pizza? Because my boss has never believed in advertising, and neither do I to an extent. Word of mouth is king, and social media is just that.

“This is personal and it’s different. I pay out of pocket for what we do. We produce everything in house, just like the pizza. Made from scratch.”

Michael Raymond, founder of Raymond Representation, says his agency negotiated more than 117 NIL deals for 18 clients in Year 1 for a total of more than $350,000.

Raymond also revealed some stats around what athletes are earning:

“Social media following and consistency are huge in this space and the most valuable,” Raymond said. However, he also noted how important it is that athletes show their personality in their posts.

Raymond predicts some of his female clients will easily hit six figures in income in 2022, while some already have.

“Emily Cole is the best example of a female athlete doing six figures and working with 20 plus brands.”

He also notes he thinks gymnasts are undervalued right now and have made more than people realize.

Leah Clapper estimates she did 15 deals in the first year of NIL, which generated revenue in the low five figures.

Chloe V. Mitchell was the first student athlete to monetize her NIL thanks to the NAIA adopting its NIL policy ahead of the NCAA. She’s worked with major national brands such as Walmart, Fabletics, Bubly and more and says she’s banked in the low six figures in Year 1. She’s also the founder of Playbooked, a marketplace that helps match athletes with brands. Chloe’s efforts in Year 1 earned her the Innovator of the Year award at the NIL Summit.

The Cavinder twins quickly emerged as leaders in the NIL space last year. According to Darren Heitner, who has helped the twins navigate this new landscape, they have worked with more than 30 brands and have made nearly $2 million.

Dubbed the “King of NIL,” Smith has made a name for himself in this new era by closing 70 deals in Year 1 as an FCS football player. Smith tells me those first-year deals generated $25,000 in cash for him in addition to free products and gear. He also won the Hustle Award at the NIL Summit.

Amherst WR Jack Betts is an example of a DIII athlete who is making the most of his new NIL opportunities. Betts says he has inked more than 30 NIL deals that included a mix of cash deals and free product for a total of approximately $3,500 in value. Some of the free product he received included Omaha Steaks, free pairs of shoes from Allbirds, a Deep4 massage gun from ReAthlete and more.

Check back as we add more updates to this piece.

How to Get Started with NIL: A Guide for Athletes and Parents
Orlando North, Seminole County Engaging College Athletes to Promote Sports Tourism