The Three Wishes campaign is the first traditional ad campaign of the NIL Era. 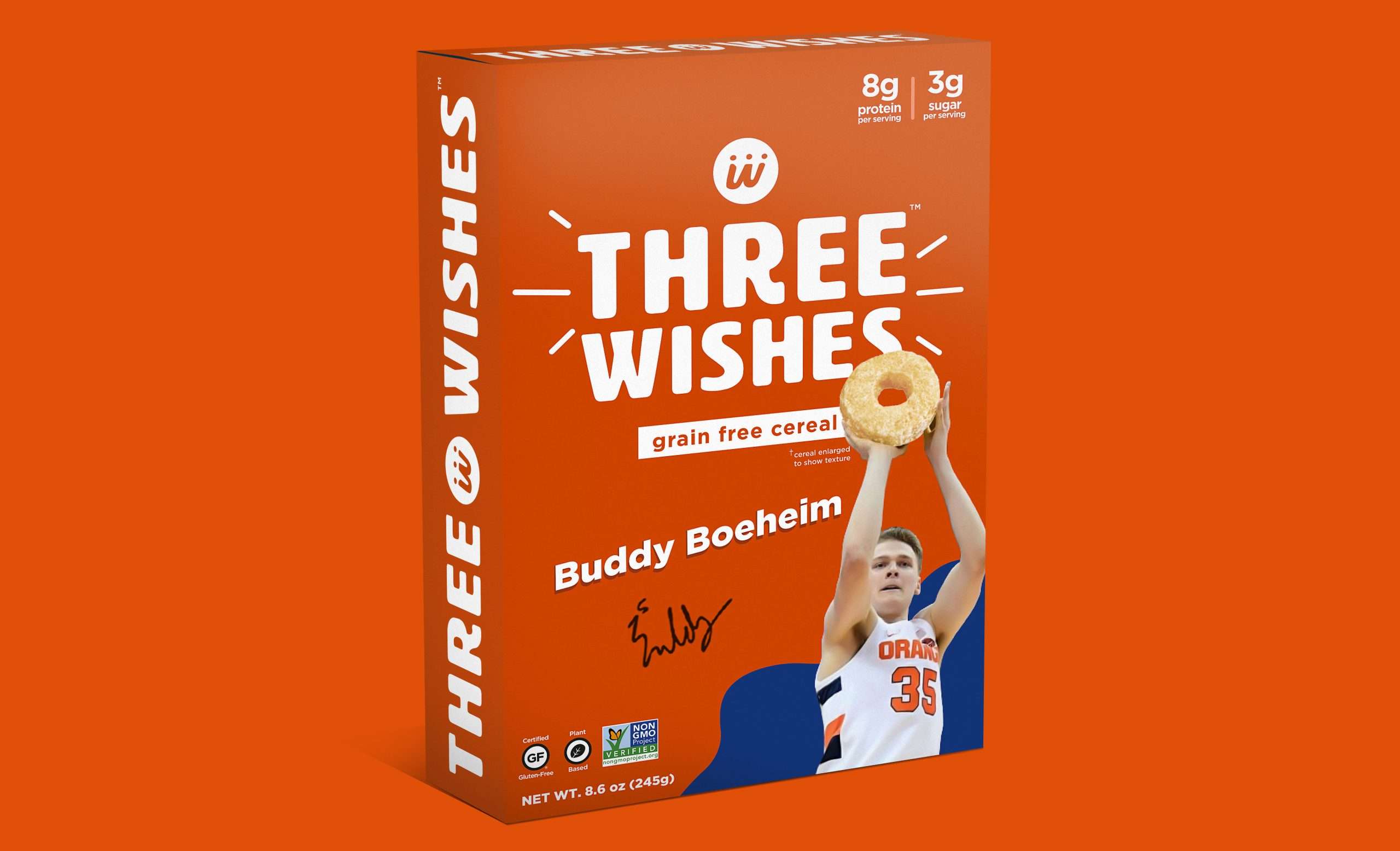 Syracuse shooting guard Buddy Boeheim—son of longtime coach Jim Boeheim—has become the first student athlete featured in a traditional advertising campaign. Boeheim will appear both in a commercial for cereal brand Three Wishes and be featured on its box.

Three Wishes was able to move quickly on this deal because co-founder Ian Wishingrad is also the founder of ad agency BigEyedWish, which allowed them to cut out the time it would normally take for an agency and a client to come together on a campaign.

It’s the second time Boeheim has been part of an NIL first. He was also the first student athlete to sell his own merchandise that also included a university trademark. Working through The Players Trunk, he’s selling “Buddy Buckets” merchandise such as hoodies and t-shirts that have both his image and the Syracuse block “S” logo.

This week, Boeheim is also making news by donating the week’s earnings on Cameo to the Make-a-Wish Foundation.

The “Buddy Box” cereal is going into production now and will be sold in both stores and online.

Check out our list of NIL marketplaces for student athletes