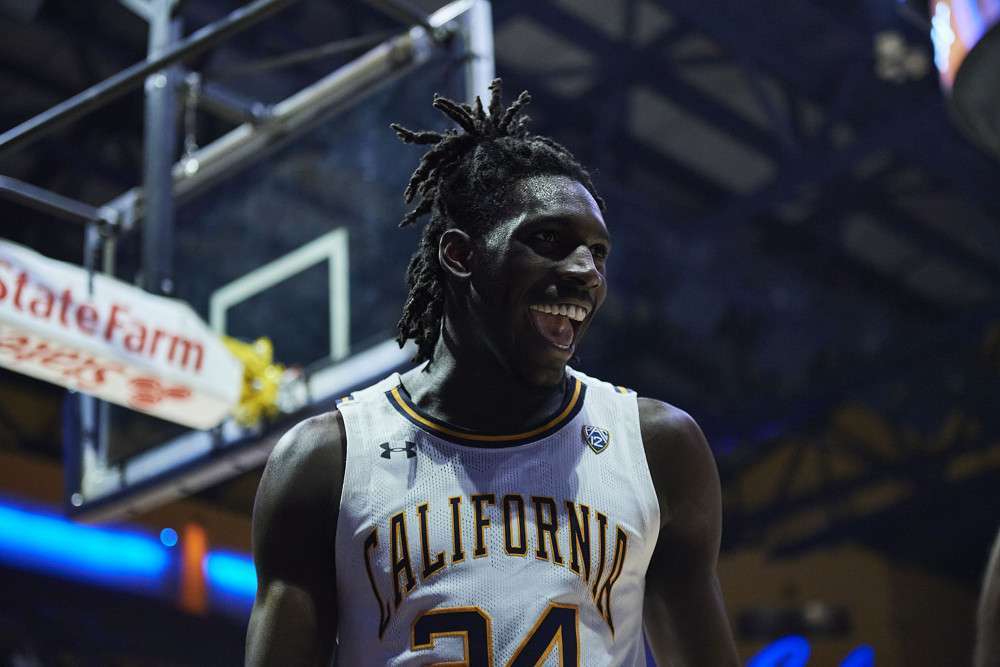 NextUpRecruitment founder, and former college basketball player, Ryan Cook says the deal was the natural next step in his organization’s work with Alajiki.

“We created NextUpRecruitment to help undiscovered athletes find scholarships, and we’ve been a part of Sam’s journey since the beginning so who better to become our first official NIL deal than him! Hopefully this deal opens the door, raises awareness and allows more and more international athletes to secure deals and profit from their hard work.”

NextUpRecruitment assists athletes in navigating the college recruitment process and connect with thousands of coaches at the college level offering scholarships. Ryan described the platform as the “LinkedIn of college sports.”

Alajiki is excited to be one of the first international student athletes to sign an NIL deal.

Most international student athletes have refrained from entering NIL deals so far because of work restrictions on their student visas. These students are generally on F-1 visas, which limit a student’s work to on-campus positions, with restrictions on total hours, and off-campus work for optional practical training in their field or curricular practical training as part of their education.

Cook says his company was able to put together a deal that isn’t impacted by the visa limitations because his company has been registered to do business in the United Kingdom since 2017.

“As a UK registered company we were able to sign Sam to a NIL deal without causing any issues with his current student visa. Being registered in the UK and paying him in his own currency, from a UK account, has allowed us to navigate these issues whilst also protecting Sam.”

As part of the deal, Alajiki will be promoting NextUpRecruitments recruitment platform across his socials as well as providing some content for the company’s TikTok account.

Rob Seiger, a partner at Archer law firm, represents college and university athletic departments in immigration and compliance related issues for foreign athletes. He isn’t convinced that merely being registered to do business in the athlete’s home country and paying in local currency through a local bank is enough to overcome potential visa issues.

Seiger says sports immigration attorneys have increasingly been advising on the​ ​distinctions​ ​as​ ​to​ ​what​ ​could​ ​be​ ​considered​ ​passive​ ​income​ ​earning​ ​activities​ ​that​ ​might​ ​present​ ​a​ ​more​ ​reasonable​ ​approach​ ​for​ ​the​ ​foreign​ ​student​ ​athlete​ ​to​ ​accept​ ​NIL​ ​under​ ​the​ ​current​ ​regulations.

Asked if social media promotion, like that planned in this deal, has been reviewed in a case to determine if it qualifies as passive activity, Seiger said he hasn’t seen anything and believes this is more likely to be considered active.

“As a an international athlete receiving a payment for services, especially with that coming from a UK company, with a UK athlete, does not break the terms of a student visa, regardless of the fact Sam is currently in the States. For example, lets pretend that Sam is great at graphic design and we decide we’d like to hire Sam for those services. He’s providing a service, just like he could if he was still in in the UK, he’s not actually ‘working in the US.’”

Justin DiTolla, associate athletics director for compliance and student services for Cal Athletics, is aware of the deal and says his department will be speaking with the international office on campus that handles student visas to ensure Alajiki’s activities continue to meet all of the requirements of his visa.