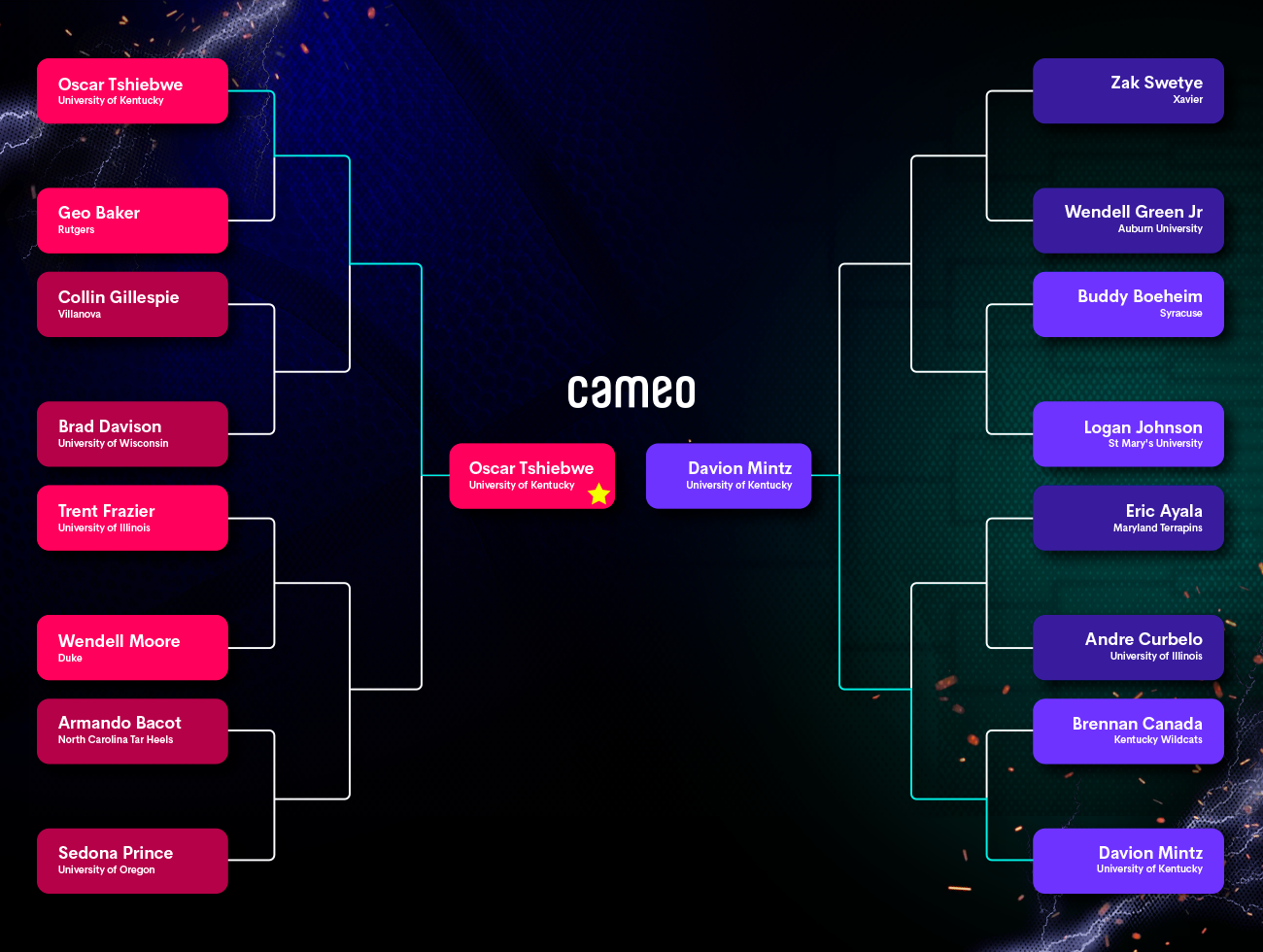 Cameo has seen more than 885 NCAA athletes join its digital marketplace since name, image and likeness rules changed last July, up from 350 they reported back in September. Today, approximately 300 of the NCAA athletes on the platform are basketball athletes leveraging their NIL as they connect with fans and brands.

Mintz, Boeheim and Baker were all on Cameo’s Top 10 list back in September, the only men’s basketball players on the list.

Leading up to March Madness, Cameo says it has seen a 41% month-over-month increase in NCAA athlete bookings in February. What remains to be seen is who will see the biggest bump from their March Madness performances? With Kentucky out of the tournament, the path is clear for other athletes to fight for those top slots.

Cameo also released a graphic of their top-booked NCAA athletes (in every sport).