It’s the first team-wide deal with an HBCU team 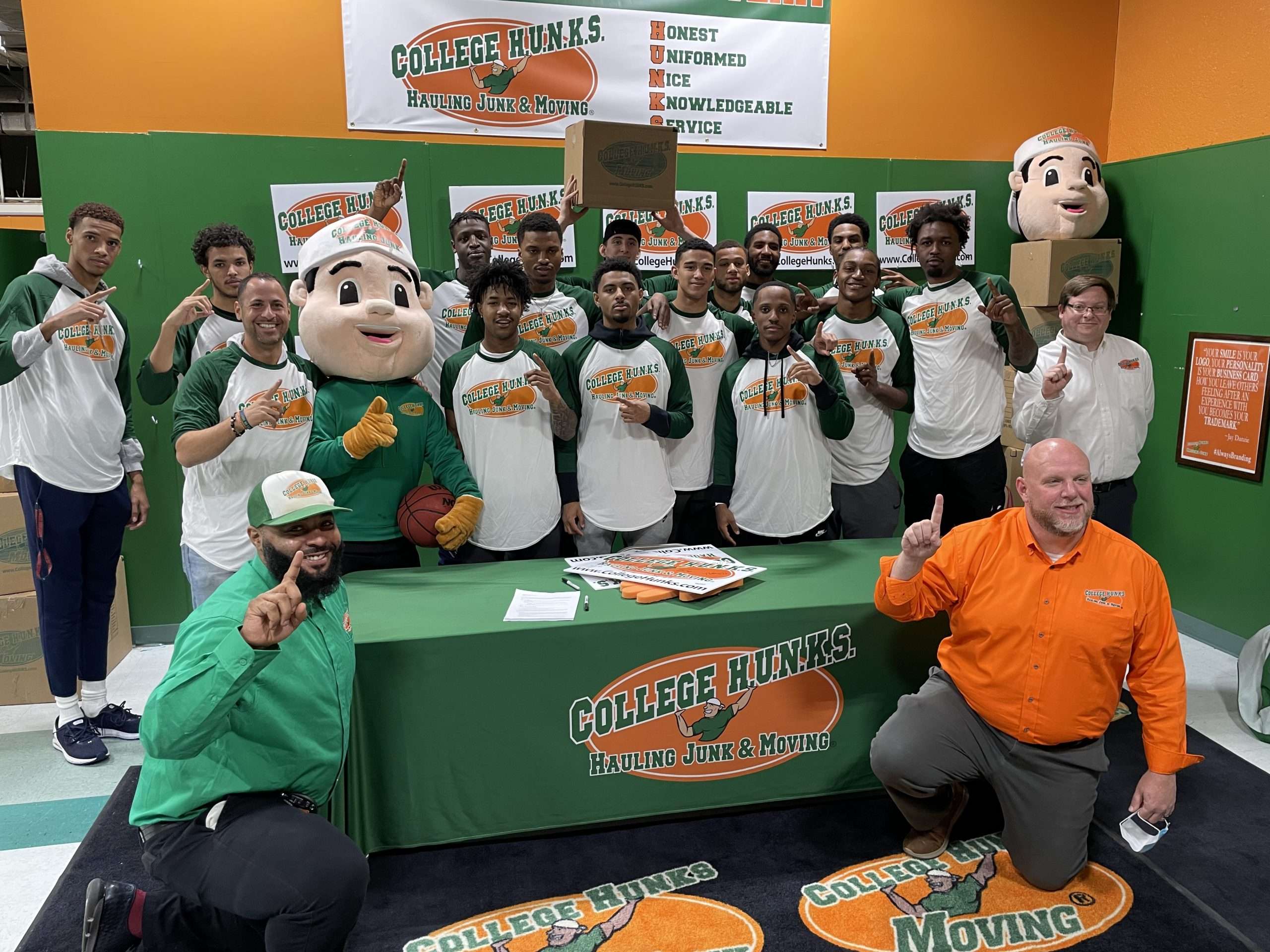 Given the novelty of NIL, some companies across the country have taken a cautious approach on how exactly they will jump into the space. With no prior precedent of how student athlete centered endorsements can affect a company’s sales, many risk-averse business owners haven’t been active in NIL to this point.

Casey Schwab, CEO of Altius Sports Partners, which helps athletes and college programs with NIL matters told On3, “I think from the big brands that we’ve talked to, and the big agencies that we’ve talked to that represent those brands, they’re taking a wait-and-see approach. They’re not taking a we-don’t-want-to-do-this-approach. I think (the industry) is just going to get bigger.”

However, not every company has taken this patient approach. While some are using the first few months to sit back and observe, others have used the first few months as an opportunity to get ahead. One of those companies that didn’t want to wait is College H.U.N.K.S. Hauling Junk.

In fact, College H.U.N.K.S. didn’t even wait more than a couple of seconds. Wanting to be the first company to engage in an NIL deal with a student athlete, College H.U.N.K.S. and Miami’s D’Eriq King signed an agreement just after the stroke of midnight on July 1 – the earliest opportunity to execute such a contract. In addition, they’ve inked deals with the football team at San Diego State along with many other student athletes in the subsequent months as well.

Their most significant NIL splash, however, might be their most recent one. This week, College H.U.N.K.S signed a historic endorsement deal with the Howard University Men’s Basketball players. While there have been a collection of NIL deals signed by individual HBCU student athletes, this deal marks the first full-team endorsement of a Historically Black College & University.

As part of the deal, the players will receive a specified dollar amount up front to split evenly and will then have opportunities individually to earn more money through incentives with the company by bringing in new clients or employees.

The co-owners of the business, Nick Friedman and Omar Soliman, grew up in the Washington, D.C. area and Friedman played on the Howard intramural club basketball team, so this endorsement hit home for the company.

“One of our Core Values is Building Leaders, so we are proud to support college athletes as they set the path for their future endeavors,” said Nick Friedman, co-founder of College H.U.N.K.S. “This partnership holds even more significance since Washington, D.C. is where Omar and I were born and raised and where College H.U.N.K.S. originated as a business. Our sponsorship of the Howard University Men’s Basketball players also ushers in a new era for NIL in the Washington D.C. metro area and, more importantly, for HBCU athletes nationwide.”

“College HUNKS is an iconic brand, and Howard University is an iconic institution, so it makes sense to align our mutual passions for building leaders,” said Tai Bibbs, who is the captain of the Howard men’s basketball team. “My teammates and I are looking forward to partnering with College H.U.N.K.S. to promote their amazing employment opportunities for frontline staff, their moving and hauling services for clients, as well as their franchise opportunities for aspiring business owners.”

While many companies have stayed on the sidelines when it comes to their NIL endeavors, College H.U.N.K.S has used the first five months to not only grow their brand, but make an impact at the same time.

“Our business started as an underdog with a beat-up cargo van in college, so aligning with student-athletes that historically have not received large media attention is important to our brand purpose. College H.U.N.K.S. has a diverse team, and we strive to brighten the spotlight within and outside of our brand to build leaders and make a positive impact,” continued Friedman. “By sponsoring the Howard University players and being the first to partner with an HBCU basketball team, we hope to inspire and help people across the country learn about the amazing employment opportunities with our company as well as opportunities for financial freedom through franchise ownership.”

While College H.U.N.K.S. Hauling Junk might be the first company to offer a full-team NIL deal to a HBCU athletic team, let’s hope they’re not the last. They’ve been at the forefront of NIL since its inception on July 1st, so it’s not a surprise they’re making headlines and improving their image with each deal.