Cincinnati quarterback Desmond Ridder was one of the coaches 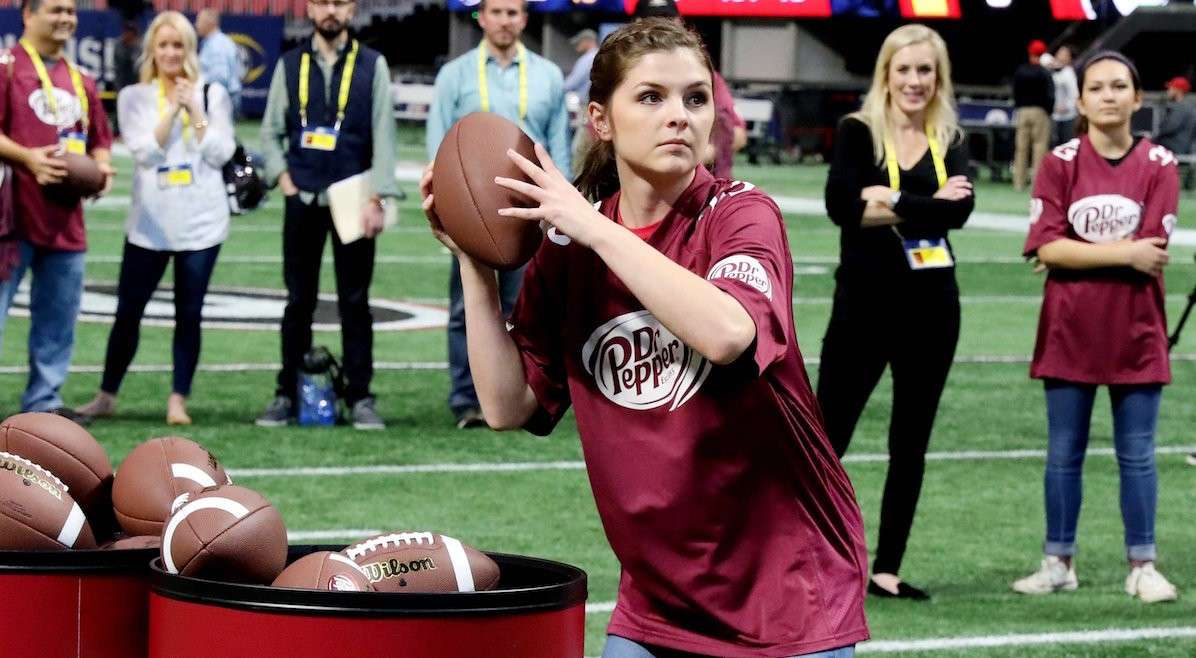 Dr Pepper was the first major brand to tap a current student athlete for a national television commercial when it featured DJ Uiagalelei in its “Fansville” campaign this fall. Now, the brand is using NIL to enlist some of the most talented quarterbacks in college football to help students competing for Dr Pepper’s annual tuition giveaway.

Will Levis (Kentucky), Anthony Brown (Oregon), Desmond Ridder (Cincinnati), Sean Clifford (Penn State), and J.J. McCarthy (Michigan) coached the fifteen student finalists ahead of the head-to-head Throw Competition, where they’ll be competing for $100,000 in tuition support during each of the Power 5 conference championship games this weekend. Dr Pepper has given away more than $12 million since the tuition giveaway program was established.

“College football and the tuition program has been long time pillar of the Dr Pepper brand, so we were thrilled to announce this new element of the program which allows us to connect directly with student athletes,” said Derek Dabrowski, vice president of marketing at Keurig Dr Pepper. “This initiative was a natural follow up to Dr Pepper’s partnership with DJ Uiagalelei, who helped us kickoff ‘Fansville’ this season and we look forward to continuing to align with top athletic talent to deepen the brand’s ties to college football and players.”

To help increase their chances of winning $100,000 in tuition support, the players met with the students participating in the conference championship on-field throws to share tips on how to not get overwhelmed by the crowd, hear how they’ve been practicing for the toss at home or in their dorms, and offer relatable context about their own academic journey with words of encouragement.

“I was honored when Dr Pepper offered me the opportunity to partner with them,” said Ridder. “I’m excited to support these inspiring students who are pursuing their educational goals and share some tips to get them in the right head-space ahead of the toss.”

For his top tip, Ridder says he talked about focus.

“In addition to general words of encouragement and support, I shared the importance of focusing and locking in for those 30 seconds—these competitors will have to block out the noise and everything around them and focus on just grabbing the ball, making the toss, and moving onto the next one.”

For Dabrowski and the brand, the initiative was a resounding success.

“The coaching sessions were great, and it was an honor to offer students the unique opportunity for one-on-one chats with players to boost their confidence going into game day. Some the kids talked strategy; others talked about their pre-game rituals; others were looking for help on throwing technique. It was a lot of fun. This initiative builds on Dr Pepper’s dedication to college football and supporting inspiring students through our longstanding tuition program and strengthens our ties to the players and the sport.”

The first set of contestants compete tonight during the Pac-12 Championship Game at 8 p.m. ET on ABC.