With help from MarketPryce, Miller pitched an idea to his “long shot” brand and eventually signed an NIL deal. 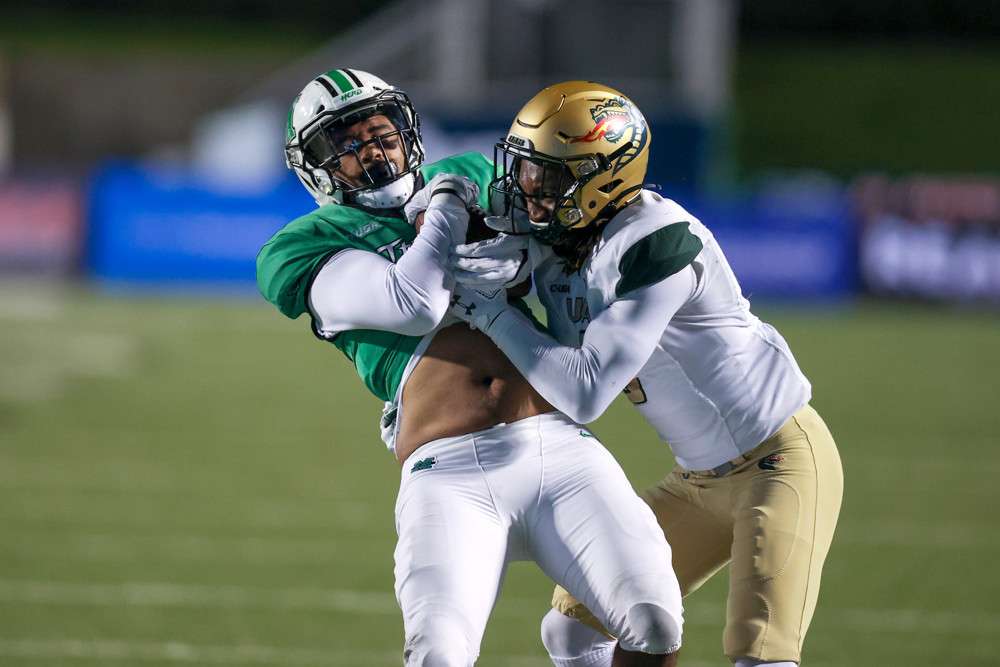 Miller was instrumental in Marshall’s win against Notre Dame this season by scoring the go-ahead touchdown. To build off this momentum, the MarketPryce team asked Miller to name three brands he would love to partner with.

The brand that was number one on Miller’s list was Dr. Squatch. Dr. Squatch is on a mission to raise the bar for the men’s grooming industry and change how men approach their hygiene. The redshirt junior uses the all-natural soap regularly and believes that he could leverage his social media following to market it. The only question was, would Dr. Squatch be willing to partner?

“I only had one other very small NIL deal with merchandise, so it seemed cool. It seemed like a long shot, too, for me,” he said. “And I was like, ‘What do I have to do?’ I was eager to do it. I’d do anything to get that.”

Instead of wallowing in uncertainty, Miller took action and created his own personalized Dr. Squatch pitch. With the help of the MarketPryce team, Miller’s pitch became a call to action — tag Dr. Squatch if they should give Miller the “deal of his dreams.”

The pitch became a hit with the Marshall football team, to the point that the red-shirt junior earned the nickname Dr. Squatch.  The locker room spammed the pitch’s comments on Instagram, which went viral.

“Every time I thought, ‘That’s probably it,’ there would be five or six more comments,” Miller said. “I got all my friends and family to repost it. It was fun. …  I was like, ‘There’s no way they can say no to this.’

As Miller’s video gained more views, it eventually got the attention of Dr. Squatch’s partnership representative ​​Toby Cadengo. Cadengo connected with MarketPryce CEO Jason Bergman to ask if Miller was still interested in a partnership.

The MarketPryce team doubled down and created a Dr. Squatch campaign that included Miller and Penn State quarterback and MMA fighter Lydia Warren.

“That’s the beauty of our platform,” Bergman said. “Our athletes are engaged and they come to the table ready to create at a high level.”

​​“It was just awesome, because I really use the soap,” said Miller. “People from Marshall are liking it and commenting, ‘Go Herd.’ It’s cool and authentic.”

Devin Miller and the MarketPryce team are shining examples of how college athletes should approach NIL partnerships. Partnership opportunities are out there. However, for them to materialize, it takes intentionality, strategy and execution.

As much as this NIL deal is about Devin Miller, the MarketPryce team, and Dr. Squatch, the supporting cast of those who have commented, viewed and reshared his content are just as influential in making this partnership a reality.