Hoosiers for Good has signed its inaugural class of student athletes 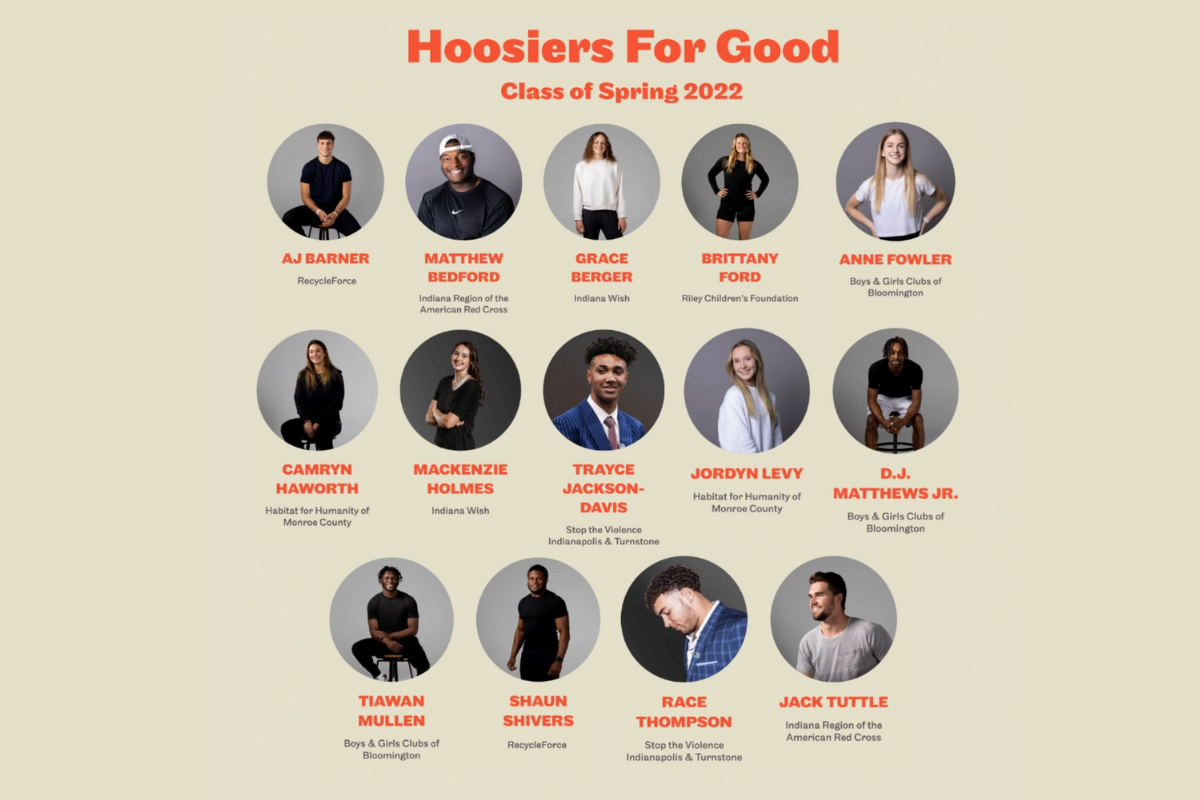 Last month, Hoosiers For Good was announced as a new NIL collective to support Indiana student athletes and local charities.

This week, the collective officially signed its first class of 14 community-minded Indiana University student athletes who will use their platform and influence to raise awareness for eight Indiana charity partners: Riley Children’s Foundation, Indiana Wish, Indiana Region of the American Red Cross, Habitat for Humanity of Monroe County, Turnstone, Stop the Violence Indianapolis, Boys & Girls Clubs of Bloomington and RecycleForce.

The diverse inaugural class represents the IU men’s and women’s basketball, football, women’s volleyball, softball, women’s swimming and diving, and women’s soccer programs. Each athlete is partnered with a local charity to help raise awareness for its mission through in-person appearances and social media.

One notable aspect of the Hoosiers For Good collective is their aggregate NIL compensation raised to compensate student athletes. $470,000 funded by donations from supporters will go directly to athletes in exchange for in-person appearances and social media posts promoting these appearances and partner charity.

The significant amount of compensation is on par with Texas’s “Horns With Heart” collective, which will be paying $50,000 per year to offensive lineman in exchange for charitable promotions.

See our tracker of NIL Collectives

“As a student athlete I am always looking for ways to impact my community, and I’m so excited to be a part of the work that Indiana Wish is doing to grant wishes for kids,” said Mackenzie Holmes, IU women’s basketball forward, who has partnered with Indiana Wish. ”Supporting Indiana Wish and these kids and families gives me the opportunity to be a part of something that’s much bigger than myself,”

Here is a full list of the Hoosiers for Good Spring 2022 class and their charity partners: