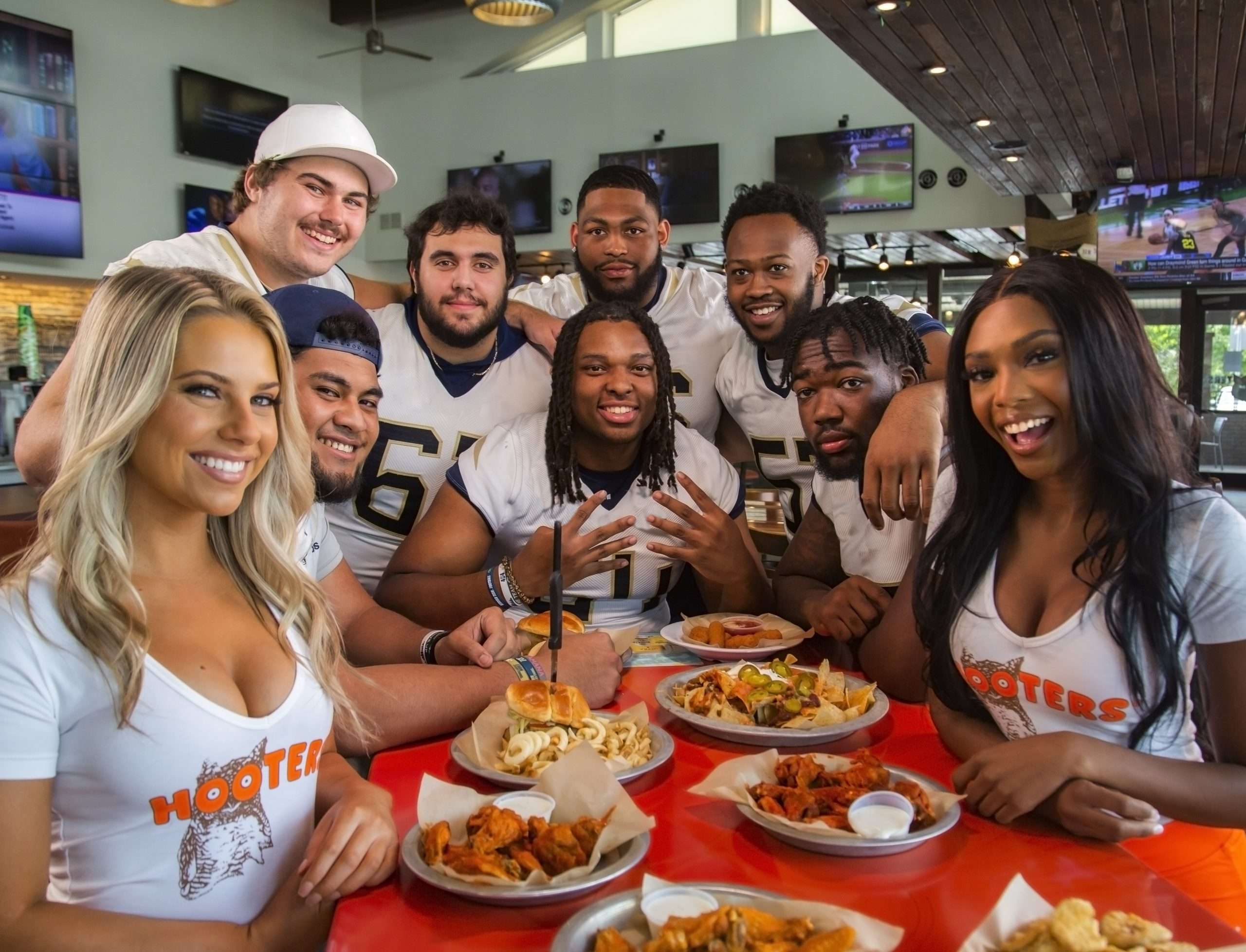 Earlier this week, Hooters announced its intentions to sidestep the stars and go straight to the trenches in its NIL involvement, agreeing to NIL deals with offensive linemen from storied SEC programs Auburn, LSU, Texas A&M and Missouri along with Power Five schools Oklahoma, Miami and Georgia Tech. The release also names Vanderbilt, South Florida and Florida Atlantic as additional participating offensive lines, for a total of 51 offensive linemen.

“For decades, the physical play, blue-collar mentality and on-field leadership of the offensive lineman has shined, but national praise and attention for these crucial players has all-too-often been sidelined,” Hooters Chief Marketing Officer Bruce Skala said in a press release. “We want to change the narrative and celebrate these elite student-athletes who play a pivotal role in making college football so thrilling and give them their fair share of the spotlight.”

Through the deal, the linemen will appear in Hooters locations and promote the chain through social media posts. Hooters is using the deals to help establish its locations and products as go-to options on gameday for fans in the southeast United States.

The NIL deals will also take more of a team focus rather than singling out specific athletes, with deals extending across each position group from the program. The deal isn’t the first time prospective partners have targeted offensive line groups for NIL deals – Horns with Heart signed Texas offensive linemen on scholarship to $50,000 deals in exchange for community service as a part of the Pancake Factory initiative. A couple of years into the NIL era, offensive linemen have become a hot commodity.

“It is an honor to have Hooters promote the big guys up front and advocate for the work, dedication and spirit of offensive linemen throughout college football,” Georgia Tech offensive lineman Pierce Quick added in the press release. “Like an offensive line, Hooters is all about comradery and having a good time, and I think I speak for all linemen by saying we are extremely excited to partner with a restaurant we already love and throw down some wings.”