How Will NIL Impact College Baseball?

Is a big payday coming for college baseball players? 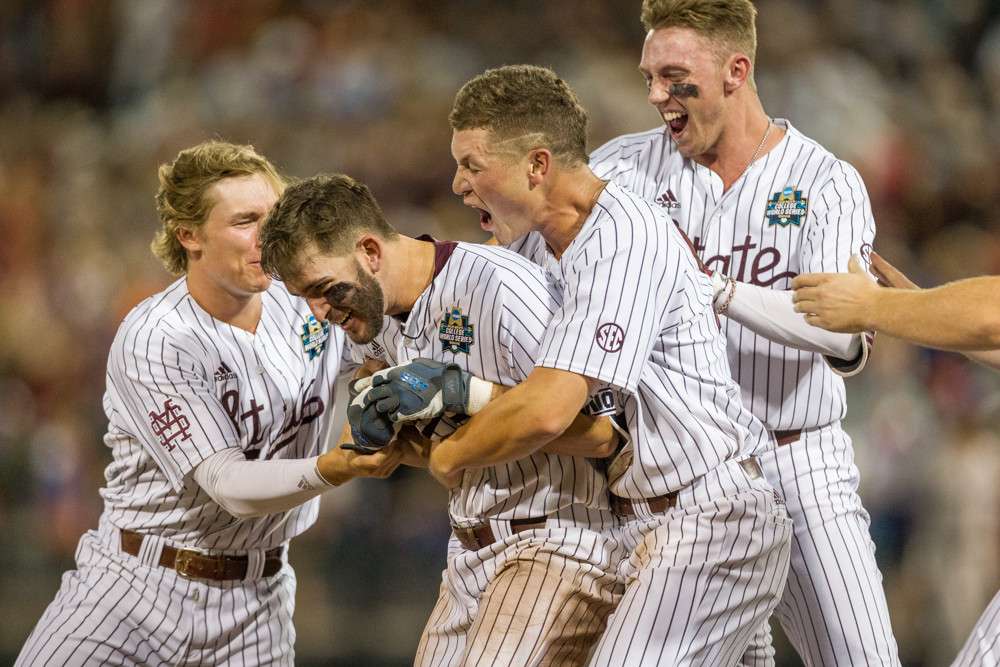 When Mississippi State recorded the final out of the 2021 College World Series to beat Vanderbilt on the night of June 30th, college athletics was on the precipice of experiencing monumental change. Beyond the fact that one of the most storied programs in college baseball history captured its first national title, the advent of NIL was just hours away.

Shortly after the clock struck midnight on July 1st, D’Eriq King and the Cavinder twins became some of the first student athletes to ink NIL deals, opening up the floodgates for numerous deals signed over the past six months. While the novelty of NIL definitely hasn’t worn off yet, we did get a glimpse of the impact it’s had on fall and winter sports to this point. However, due to the timing of the July 1st enactment, we really haven’t seen what kind of impact it will have on college baseball.

While every baseball player at the college level has had the ability to enter into an NIL deal, the combination of the calendar and college baseball’s national popularity haven’t enabled them to fully gain the attention of brands.

Impact of the college baseball calendar on NIL deals so far

After they wrap up their Spring seasons for their school, the vast majority of college baseball players flock to summer leagues to continue their development and showcase their skills in front of pro scouts. So, instead of participating in offseason workouts or preseason practices on campus like football, volleyball, soccer, and basketball players were, baseball players were off playing in the Cape Cod League, Northwoods League, or New England Collegiate Baseball League to name a few.

We did see one NIL deal in conjunction with the Savannah Bananas of the Coastal Plains League, but college baseball was mostly quiet over the summer and into the fall.

With their focus obviously being on performing well in front of MLB scouts, along with the fact that they were miles away from their college campuses, it’s easy to see why college baseball players weren’t active with NIL deals over the summer like many other fall and winter sport student athletes were. Yes, they arrived back on campus for the beginning of fall ball, but college baseball hardly receives any national attention throughout autumn that would entice local businesses to strike up NIL deals with players on the roster.

Therefore, it’s no surprise that according to Front Office Sports, only 1.1% of NIL money so far has been spent on baseball players. However, that figure could see an increase in the coming months.

As the football season comes to an end this week, there’s no doubt that basketball will take center stage in college athletics. While the dropoff in ratings and revenue between football and men’s and women’s basketball is steep, college basketball is still a tremendously popular sport in this country, especially when the calendar turns to March. Nonetheless, college baseball season is right around the corner as well with Opening Weekend slated for February 18th.

While baseball will take a backseat to basketball on many campuses across the country in the early portion of the season, there are still many communities and schools where college baseball is a big deal. Each year, we are seeing more investment from athletic departments (particularly in the South) into state-of-the-art baseball facilities. Obviously, this investment doesn’t come without reason, as the passion for the sport is growing among college sports fans.

While there are only a handful of programs that make a net profit off baseball, the fact that there are any schools that live in the black show how far the sport has come in the last few decades. At the highest level of the sport, it’s not uncommon to see stadiums packed with 10,000 fans on national television.

First off, the elephant in the room is that college baseball isn’t and will never be as nationally popular as college football and men’s basketball. Therefore, the Golden Spikes winner awarded to the most outstanding college baseball player won’t get the same recognition as the Heisman Trophy winner or the Naismith College Player of the Year might.

Even at places where college baseball is extremely relevant, many of those are football or basketball first schools, so baseball players won’t be as prominent or recognizable as the other student athletes on campus.

However, when looking at how fan bases such as Mississippi State, Arkansas, or LSU (to name a few) support their respective programs, it’s hard to imagine that there isn’t a market for baseball players at those caliber of schools to merit NIL deals. While the following of the sport is undoubtedly seasonal in late spring into early summer, a local business owner could definitely see an opportunity to have a star player promote his or her company during a College World Series run.

Again, these NIL deals for college baseball players won’t make major headlines because they will likely be confined to local and regional areas. Car dealerships, restaurants, and convenience stores in cities like Fayetteville, Oxford, and Lubbock could be examples of the deals we’re talking about here.

NIL and the MLB Draft

In addition, beyond just the capacity for college baseball players to sign deals, there is another area where NIL could have a major impact on the sport. Currently, Division I college baseball programs are only permitted a maximum 11.7 scholarships divided up between a maximum of 27 players, with all players on athletic scholarship having to receive a minimum of a 25% scholarship. Compared to football and basketball, where nearly every player that plays a significant role is on full scholarship, this is not the case in baseball.

However, with NIL now in play, the programs with passionate fan bases that are committed to winning can step up and separate themselves from the pack. With the 11.7 limit, It is extremely uncommon for a college baseball player to be on a full athletic scholarship. Now, even with the scholarship limit in place, NIL deals could offset the difference between full tuition and the scholarship amount.

So instead of merely offering a 50% scholarship to a top recruit, hoping that he chooses your program for reasons extending beyond the financial component, a coach could point to the tremendous NIL potential his school has to boost his recruiting pitch even more. Similar to how BYU Football walk-ons will receive full tuition in a recent NIL deal, supporters can leverage NIL to attract more elite prospects to their schools.

Whereas NIL could definitely be used to get recruits to campus, it could also be used to keep current players on campus. Unlike football and basketball student athletes, baseball players don’t have to declare for the draft and forgo their remaining eligibility upon announcing their desire to play professionally. In fact, if a player is selected by an MLB organization, they can negotiate a signing bonus up until a certain deadline before deciding to enter pro ball or return to school.

While seniors and players selected in the early rounds almost always sign on with an MLB club, juniors and draft eligible sophomores drafted in the later rounds usually wait for a certain dollar figure before they decide to move on from college ball. With NIL in place, a player could potentially secure an NIL deal that surpasses what their signing bonus would be from the draft.

Jud Fabian, an outfielder for the University of Florida Gators baseball team, could be the first case study of this concept. Going into the 2021 Spring season, Fabian was widely regarded as one of the top college prospects for the draft that Summer. However, Fabian struggled with consistency over the course of the season and fell to the second round to the Boston Red Sox. Instead of jumping at the Red Sox offer, Fabian set his price high and decided to return to Gainesville when Boston’s offer didn’t meet it.

Ever since, Fabian has promoted a local tractor company on his social media profiles and recently put on a “Team Fabian Baseball Camp” with his brother, who also happens to be his teammate on the Gators roster.

While no details as to how much money Fabian has made from these endeavors, part of his decision making process on whether to sign with the Red Sox or not could’ve been the potential to make some form of income while improving his draft stock to first round status this upcoming Spring. Could more players take this route moving forward?

NIL’s impact on college baseball should become clearer this spring

There will be a limited number of programs that have the booster and fan support to pony up and commit significant NIL resources to baseball, but with the facility upgrades, increased attendance, and arms race we are seeing right now, I believe this is a possibility moving forward.

As previously mentioned, college baseball won’t be impacted by NIL to the same extent as football and basketball. However, this season will likely provide insight into how some of the best programs can use it to elevate their programs ahead of the middle of the pack. When March Madness concludes and baseball season rolls into full gear, it will be interesting to see how the NIL marketplace views college baseball.