The Hoosiers’ football players will follow the path of Indiana’s basketball stars and partner with Hoosiers For Good. 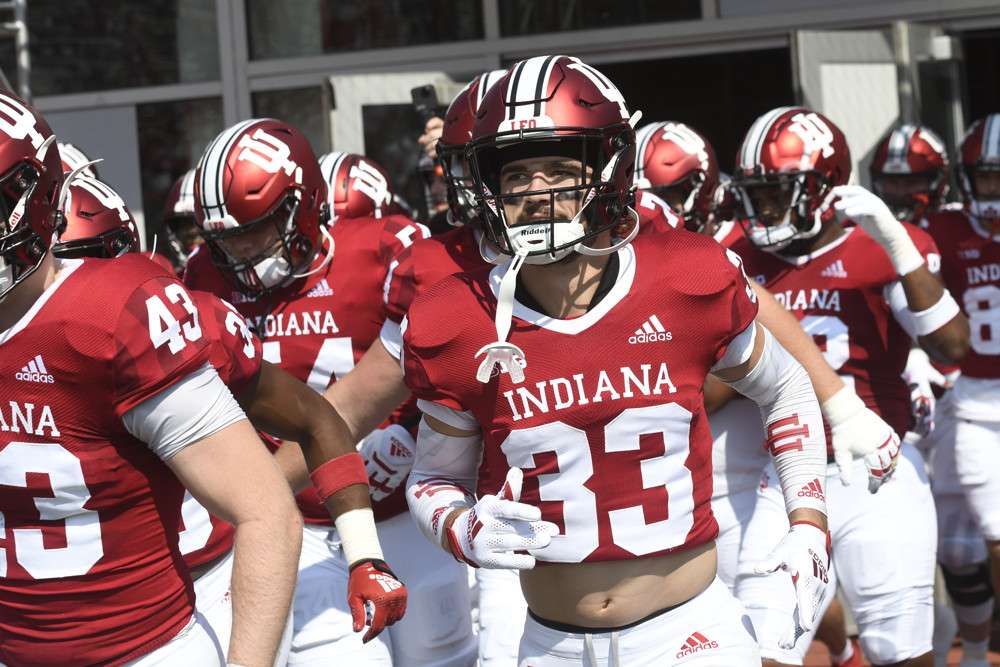 Indiana football runs out for a football game. (Photo by Michael Allio/Icon Sportswire)

The Indiana football team hand-selected Stop the Violence for four specific reasons, according to the press release:

1) In Indiana, African-Americans are 14 times more likely to die from gun violence.

2) Specifically in Marion County, 550 people to date are being prosecuted for gun-related crimes.

3) Gun violence that is a result of conflict rarely happens in isolation and the disputes can begin on social media.

4) Mentors can play a huge role in steering young people down the right path with all of the pressures they face in today’s society.

IU football players plan to utilize social media, and their over 500,000 followers on Instagram and Twitter, to spread awareness on gun violence in the area. The team will use the hashtag #teamupforpeace to promote positive alternatives to gun violence, according to the press release.

Previously, IU men’s basketball has partnered with Hoosiers For Good to make a difference in the community. Members of its inaugural class included redshirt senior Race Thompson and Trayce Jackson-Davis.

“It’s just very important for us to be out there, be active…[speaking] and trying to stop the violence,” Thompson said.

Hoosiers For Good and Stop the Violence Indianapolis are creating co-branded warm-up shirts for those Indianapolis high schools for their upcoming seasons that start in the winter.

Jackson-Davis is from the Indianapolis community and understands how much he can impact the area. “We have a large following, and whether it be one life or a lot of lives. Just trying to help the cause, because it’s bigger than us. It’s always been bigger than us,” Jackson-Davis said.