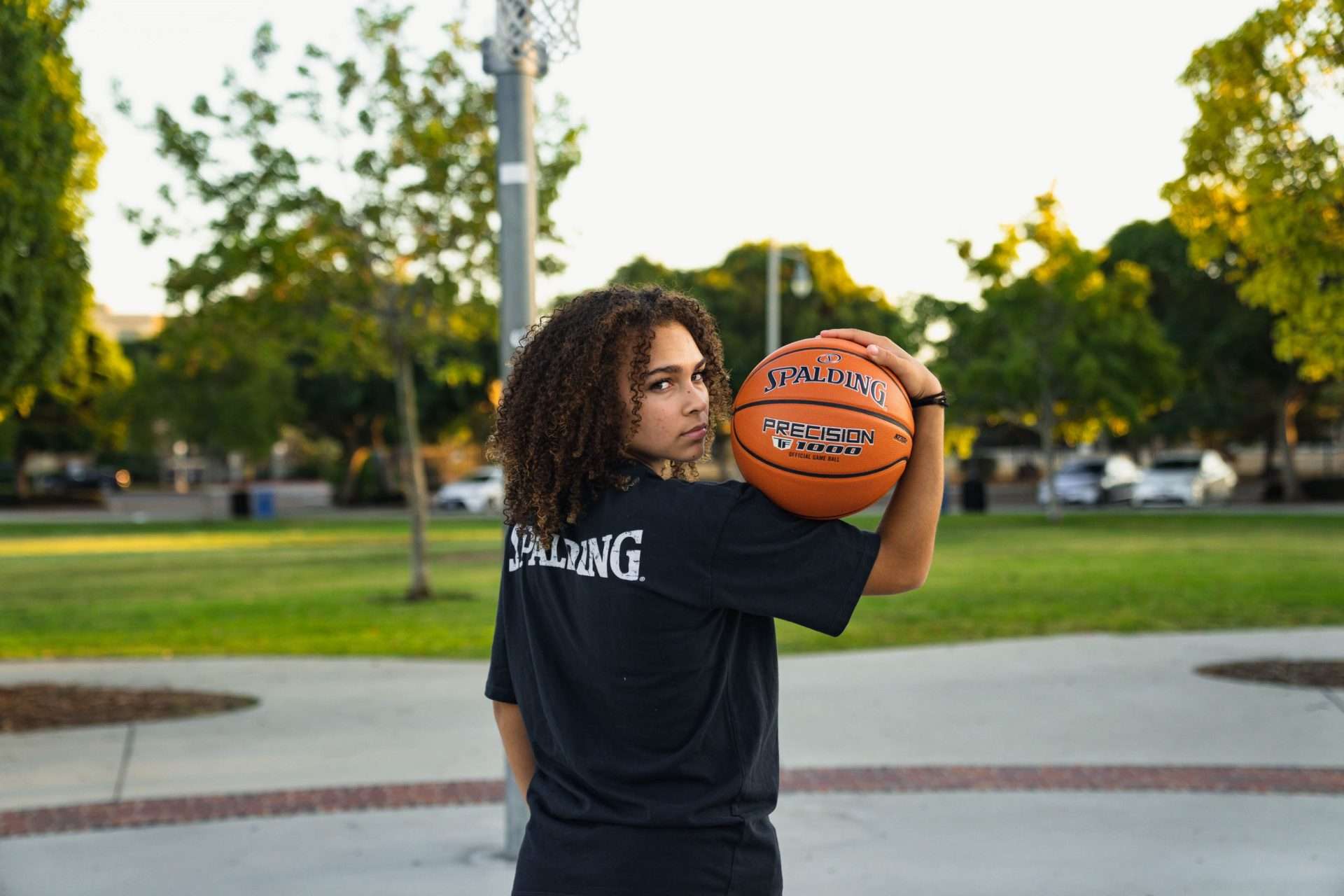 When you hear conversations revolving around NIL, most of the time the focus is on student athletes at the college level. While we have seen many college athletes signing NIL deals, partnerships with high school student athletes haven’t been prevalent.

A big reason for that is the fact that a large number of states have prohibited high school student athletes to profit off their name, image, and likeness. However, we’re increasingly seeing a few states and associations grant approval for NIL deals, which brings us to Jada Williams.

Jada Williams: Not Your Typical 16-Year-Old

As a top 2023 recruit, Jada Williams already had a lot of name recognition in women’s college basketball circles. Last Summer, she helped the USA under-16 national team earn gold in the FIBA Americas U-16 championship and is currently committed to UCLA.

However, when you sign endorsement deals with big time companies and appear in commercials alongside big time athletes, your popularity will inevitably grow even more.

Williams has recently inked deals with Spalding and SLAM magazine (where she was featured in a Dick’s Sporting Goods campaign in October/November 2021), two of the biggest sports manufacturing and retail brands in the nation. As part of her deal with Spalding, she is featured in a commercial with NBA superstar Damian Lillard.

For all the NIL deals that have taken place so far, Williams is believed to be the first high school girls basketball player to sign with a national brand. Many of the deals we’ve seen at both the college and high school level occur at the local level, but a select few athletes including Bryce Young, Paige Bueckers, and now Williams have landed deals at the national level.

“I think it’s an unbelievable thing,” Peter Schoenthal, CEO of Alliance, told Sports Illustrated. “We’ve already started seeing men’s basketball and men’s athletes at the high school level getting NIL deals. It’s awesome to see women also having the ability to cash in and promote themselves from an NIL standpoint.”

How Did Williams Become so Popular?

While Williams’ talent on the court undoubtedly played a role in her landing such NIL deals, her social media presence certainly was a major factor as well. She’s got a following on both Instagram (340K) and TikTok (120K), and her highlights can be found all over YouTube.

How did Williams become such a social media sensation? Marcus Crenshaw, founder and CEO of The Fam sports agency, said he knew early on that there was something special about her style of play and began posting her highlight videos back in 2016 on his She Hoops Network website.

“When I used to post her [videos], everybody used to have something to say, so I knew she already had the game, the marketability, the swag and the handles,” said Crenshaw, who has since sold She Hoops Network to Overtime, a prominent sports content company. Over the past few years, Williams’ highlights have been viewed by hundreds of thousands across the globe.

“My social media following came about, really, I was just having fun. I was doing fun stuff in the gym and I just started posting it and people just started liking it,” Williams told Sports Illustrated. “That’s when Overtime women’s basketball, She Hoops Network and all that started, and they picked up on it and it kind of rose from there. I was having fun more than anything; I wasn’t trying to get all these followers. I was just being myself, having fun with the people that enjoyed seeing me, just interacting with people. It was fun for me—it’s still fun for me—that’s just what I love to do, I love to talk to people.”

A common misconception many have about NIL is that the student athletes who get the biggest deals are only the star players in popular sports like football and basketball. While it’s true the Heisman Trophy winner or AP Player of the Year are certainly marketable, they are not the only ones that have NIL potential.

This is evidenced by student athletes like Jon Seaton, a walk-on FCS football player, who have inked lucrative deals without playing a snap. But Jada Williams is that unique athlete who has the total package: Excellent talent on the court and a vast social media following off the court.

She is only 16 years old and already has benefited greatly from NIL. It will be fascinating to follow her college career at UCLA in the coming years and if more high school athletes follow in her footsteps down the road.

Check out more of our high school NIL coverage