On a recent podcast episode, Rose put the Fab Five’s success in perspective with the NIL era 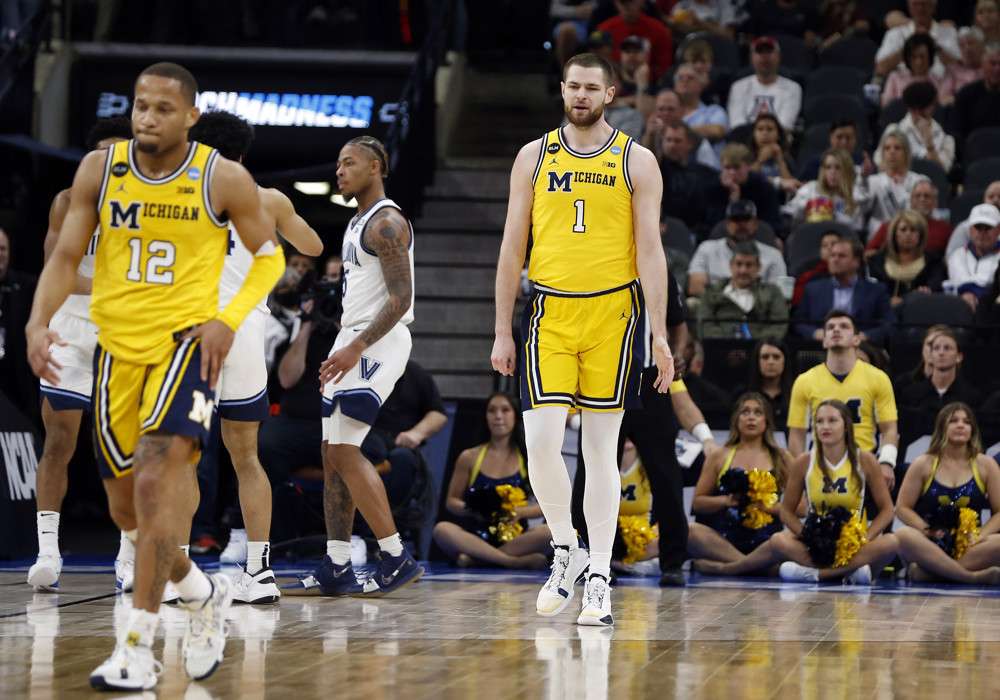 The Michigan Wolverines take the court during the 2022 Sweet Sixteen. (Photo by Adam Davis/Icon Sportswire)

The Fab Five’s cultural imprint on college basketball is undeniable. Their bald heads, baggy shorts, black shoes, black socks and swagger personifies the marriage of hip-hop culture and sports. However, mainstream media did not embrace the Fab Five for their eccentric trash talk style of play as well as their appearance. Simply put, the sports world was not ready to accept five black freshmen that did not conform to tradition.

The Fab Five went against the grain; and in true 90s fashion what was deemed controversial, converted to cash. To put it into context, when the University of Michigan won the NCAA tournament in 1989, they earned $1.6 million in royalties for merchandise.

In just two seasons with the Fab Five, the school generated $10.5 million, according to the team’s ESPN 30 for 30. Ultimately when we think of teams that could have profited tremendously off of name, image, and likeness, very few can compare to the Fab Five.

In the most recent episode of the Earn Your Leisure Podcast, Jalen Rose, a legendary member of the Fab Five and founder of the Jalen Rose Leadership Academy, gives a critical perspective on NIL.

Rose starts his argument with the premise that college sports that have a majority of black athletes, such as football and basketball, have to first generate revenue for the system before generating a profit for themselves. He describes this dynamic as a residue of slavery. As a result, he says, “basketball and football, predominantly black sports, are the main ones with restrictions after high school.”

He supports this take by referencing the duration of contracts with sports such as hockey and baseball, sometimes ten years, but one would not see that length of a contract typically in the NBA or NFL. “In tennis, golf, and NASCAR, you can go pro after high school,” said Rose.

As the interview proceeds, Jalen Rose gives greater context to how a college athlete’s brand sponsorships are not allowed to conflict with the universities brand affiliates in some states. He further explains his stance through a hypothetical example of an athlete that would be transitioning from the Jalen Rose Leadership Academy, which has sponsorships with Jeep, Puma, and MGM, would not be able to bring those sponsors to a school like the University of Michigan.  The University of Michigan is sponsored by the likes of Nike and Ford.

“You can be the quarterback and wear Nike for free, or you can’t wear nothing else,” exclaimed Rose. Rose follows that up by stating, “if NIL was supposed to represent a true market value, that means when you go to a college, you should be able to wear whatever shoe that is paying you, not a shoe that has a contract with the school.” He believes that NIL would be transformative if the coaches and universities were more flexible with their sponsors.

Rose mentions in the episode the significance of when an athlete signs a letter of intent, the athlete has to participate with the sponsorships in place. “The institution of the NIL is a band-aid. The actual execution that will be game-changing is when the schools and the coaches are willing to share their sponsors that are locked in with the school,” Rose says.

“We won the culture”

Jalen Rose shares a sobering reality to the capitalistic side of NIL. “When I saw them selling everything that we were wearing I knew it was about the business,” says Rose in the ESPN 30 For 30 The Fab Five. I have a deep appreciation for Jalen Rose’s perspective on NIL. Even though NIL started long after his playing days at the University of Michigan, he understands the power he has with his voice as an athlete to encourage others to rethink the way we view NIL.