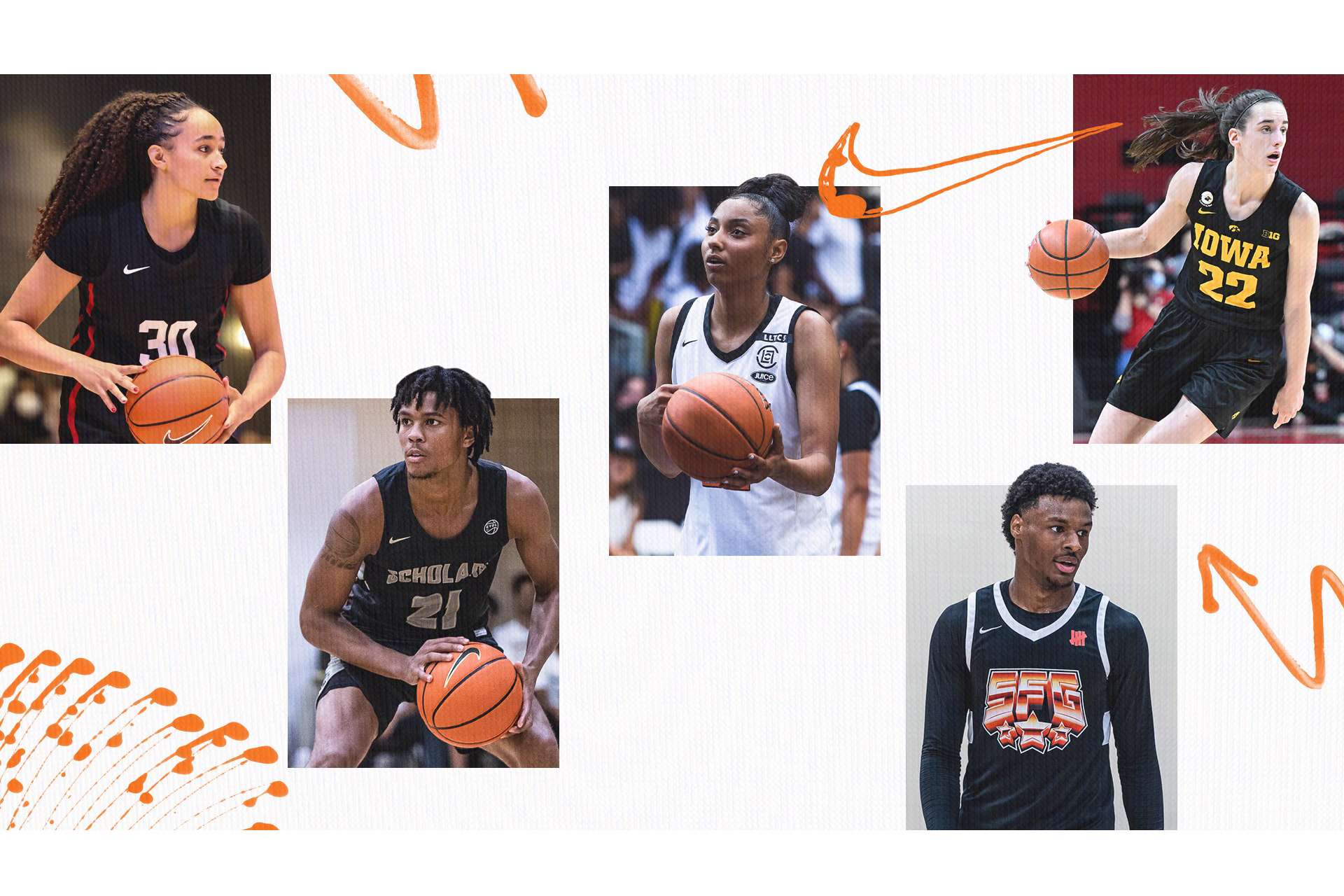 This week, Nike made a monumental announcement by signing five basketball players from the high school and collegiate ranks to NIL deals.

As Nike expands its NIL footprint, the sneaker and apparel brand intends to provide a platform for these athletes to build community and access opportunities beyond the basketball court. Each one of these athletes embodies Nike’s mission as a brand to bring inspiration and innovation to every athlete in the world.

Bronny James is the eldest son of LeBron James and a senior point guard for Sierra Canyon. He also holds a NIL deal with PSD Underwear. The selection of Bronny James to this team was a no-brainer. Some would consider him a Nike legacy, given his father’s decade-plus affiliation with the brand.

“For as long as I can remember, Nike’s been a part of my family,” James said. “Getting a chance to team up with them and continue my family’s legacy both on the court and in the community is wild — it really means a lot to me”.

His goal with this partnership is to continue the LeBron James Family Foundation’s efforts and support communities in need.

Arguably, there is no more prominent name in women’s basketball than junior Iowa point guard Caitlin Clark. Some of her awards and accolades include Wooden Award All-America, first-team AP All-America, USBWA All-America, WBCA All-America, and All-Region accolades. In addition, Clark is a consensus first-team All-American, Big Ten Player of the Year, and Naismith Trophy finalist. She already has NIL deals with H&R Block and Hy-Vee.

When asked about NIL in her recent Big Ten Media Day interview, Clark said, “I’m pretty selective about who I work with.” So the decision was easy when Nike reached out to the All-American point guard.

“I grew up watching Nike athletes across all sports play their game,” Clark said. “I’m humbled to be part of this first Nike basketball class and passionate about inspiring the next.”

Clark intends to elevate the future of women’s sports and encourage athletes to chase their dreams.

When asked about the Nike NIL deal, she said, “Basketball has given me so much over the years. I’m excited about this partnership’s opportunity — to give back to my community in more ways than I ever imagined possible.”  The two-time USBWA All-America and AP All-America recipient intends to leverage her partnership with Nike to lead projects to help underserved communities.

Along with Bronny James, Judea (JuJu) Watkins and DJ Wagner are the high school athletes that round off Nike’s NIL Basketball roster.

Watkins is a senior guard out of the Sierra Canyon and is the top player in the class of 2023. Some of her accolades include California Gatorade Player of the Year and MaxPreps National Player of the Year. She is an active volunteer in the Los Angeles community and actively contributes to the Watts Labor Community Action Committee and youth basketball camps. Watkins wants to concentrate on revitalizing basketball courts in her community and redefining the future of women’s basketball.

“My family’s always given back to the community, and now it is my turn,” Watkins said. “With Nike’s support, I know I can make a difference. I can’t wait to share my love for the game with young athletes in Los Angeles – especially in the Watts community and around the world”.

DJ Wagner is the son of former NBA player Dajuan Wagner and the top high school prospect in the 2023 class from Camden, New Jersey.

“I’ve seen the impact this game – and the people who play it – can have on the community, and I am looking forward to taking it to the next level with Nike in Camden and beyond” Wagner said.  DJ has already secured a deal with Drake’s NOCTA, a Nike sub-label.

In the coming months, it will be exciting to witness these athletes’ contributions come to life through partnering with Nike, as having a NIL deal with a prominent brand like Nike can drastically impact one’s NIL deal portfolio. With so many promising athletes on the high school and college stages, this is likely not the last time we see Nike make its imprint on NIL.