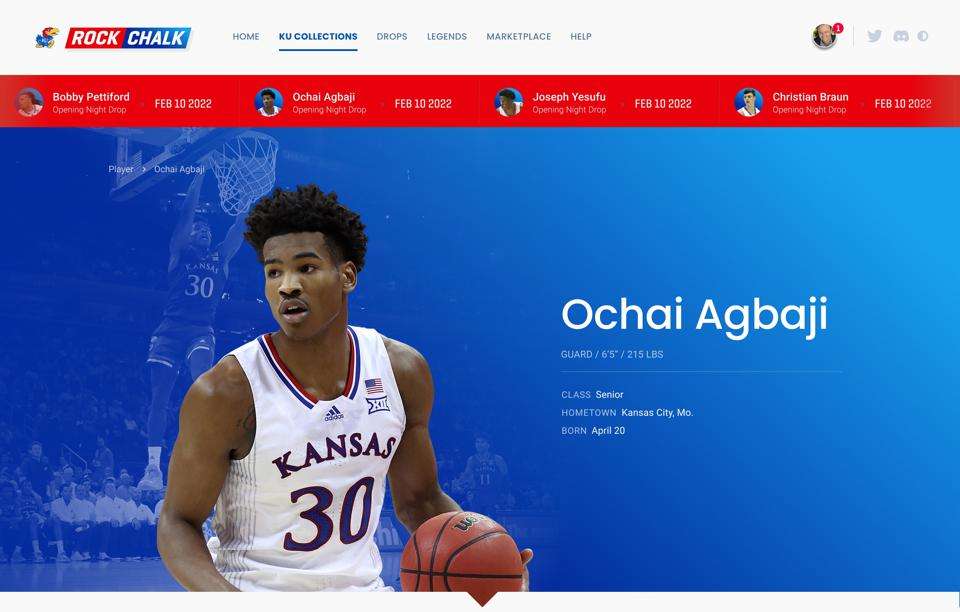 Kansas Athletics announced today a partnership with Mercury, a white-label NFT platform that focuses on helping universities and sports teams to create one-of-a-kind digital fan experiences. What makes this deal really interesting, however, is it being combined with an NIL deal for the Kansas men’s basketball team.

The Kansas men’s basketball team will have a personalized NFT platform called Rock Chalk where fans will be able to buy, sell and trade Jayhawk collectibles. The NIL partnership with the team was negotiated in collaboration with G3 Marketing, with logo rights secured through Collegiate Licensing Company.

Among new digital collectibles are limited edition offerings from Head Coach Bill Self as well as players including Ochai Agbaji, David McCormack, Remy Martin, and more.

“I’ve always been proud to be part of this historical basketball program, and I see this as another cutting-edge opportunity for the University of Kansas,” said Agbaji. “I’m excited that we are at the forefront of NFTs in the NCAA and how this technology will create an entirely new platform for us to engage with the best fans in college sports.”

“Just as Shopify has allowed brands to tailor their online experience to better connect with their customers, Mercury makes creating and selling digital collectibles simple, seamless, and customized so universities and sports properties can take their fan experience to the next level,” said Porter Grieve, CEO and Co-founder at Mercury.

“As one of the most storied universities in the country and most successful basketball programs in NCAA history, working with the University of Kansas is an incredible next step for Mercury. We look forward to giving fans an online community focused around the team they love.”

Mercury says that with NFT sales hitting $25 billion in 2021, there is a huge opportunity for athletic departments to drive fan interaction and generate additional revenue.

Mercury’s Kansas NFT drop will be available on Rock Chalk on February 19.