Keeping It in the Family: Kids of Former Pro-Players Find NIL Success 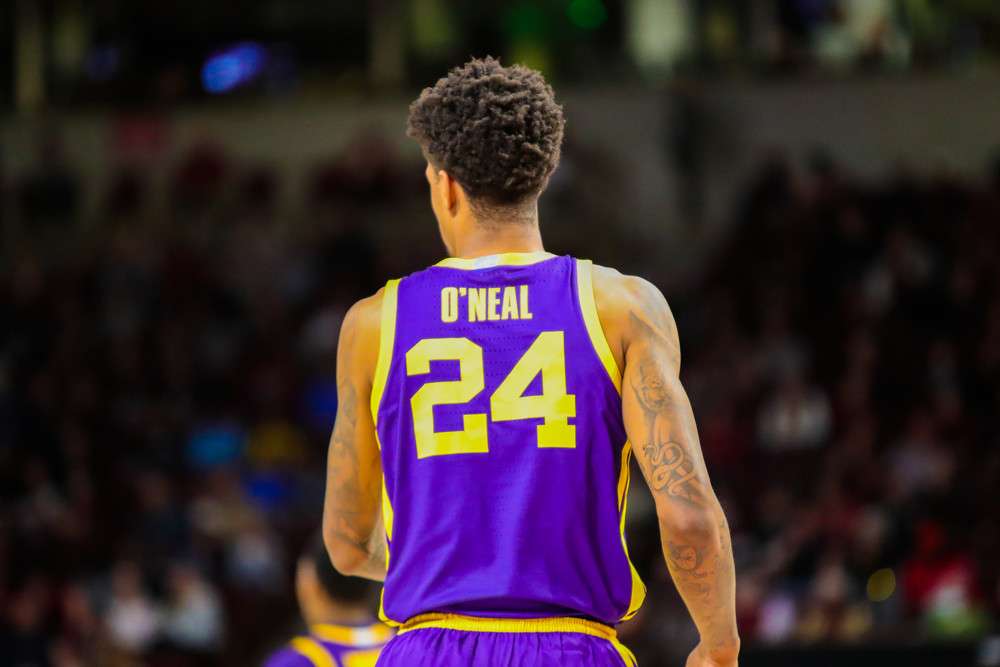 With parents who dominated in their respective sports and business careers, it’s no surprise that with the advent of NIL, their kids are reaching similar levels of success. See below for some student-athletes of former pro players who are currently dominating the NIL space.

Son of NBA legend and current sports analyst Shaquille O’Neal, the current 6’10 forward for LSU, Shareef O’Neal currently holds the No. 1 NIL ranking for college basketball per On3. The junior boasts 2.7 million followers on Instagram.

In December 2021, O’Neal joined NFT Genius in a long-term partnership to launch a new line of NFTs. The series depicts O’Neal’s season at LSU recovering from a heart defect and incorporates his other interests off the court like music. This collection also featured an exclusive NFT in celebration of American Heart Month in February of last year, where a portion of the proceeds was donated to the American Heart Association.

The former Bruin also has his own Ballerz NFT that sold out within three hours of its launching as part of a collection of 10,000 basketball-themed NFTs. He’s also partnered with the social-media linking platform Linktree, and launched a clothing line alongside younger brother Shaqir for boohooMAN.

Son of NBA star and current forward for the Lakers, LeBron James, Bronny James is a senior at Sierra Canyon and ranked No. 1 in high school basketball NIL deals by On3.com, boasting a $7.5 million annual value.

Following in his father’s footsteps, who was the first athlete to sign with Beats by Dre in 2008, Bronny was the brand’s first NIL deal last year. The pair promoted the Fit Pro and Studio Buds earphones.

James also signed a NIL endorsement deal with Nike alongside four other basketball student-athletes in October of last year.

The quarterback at Jackson State University has made quite a name for himself in the NIL sphere. Son of Deion Sanders, the only player to have participated in a Super Bowl and World Series, the sophomore was just the second collegiate athlete to sign with Gatorade after UCONN basketball star Paige Bueckers.

Sanders partnered with PLB Sports & Entertainment in the product design and launch of a barbeque sauce called #2 BBQ sauce that can be found in Jackson State’s bookstore and local Jackson area Kroger grocery stores. A portion of the proceeds was donated to the Thurgood Marshall College Fund, a non-profit organization that supports publicly-funded Historically Black Colleges and Universities and Predominately Black institutions.

He was also featured in the first promotional campaign for Tom Brady’s sports apparel brand, BRADY, which was released in February of 2022. Sanders signed alongside 12 other student-athletes from sports ranging from tennis to hockey.

The 2021 SWAC Freshman of the Year can be found across Mercedes-Benz’s social media platforms, promoting the company’s 2022 electric car, the EQB SUV.

In his sophomore campaign, Sanders led Jackson State to a record of 12-1, the one loss occurring against North Carolina Central in OT.

Daughter of NBA All-Star Jermaine O’Neal, Asja O’Neal is a redshirt senior for the University of Texas and has made a name for herself both on and off the volleyball court.

The 2021 All-American partnered with Degree as part of their first edition of the Breaking Limits NIL team. O’Neal joined 10 other athletes in the initial signing class, which included athletes from women’s and men’s sports ranging from football to ice hockey.

Daughter of Hall of Fame basketball player Patrick Ewing and professional volleyball player Cheryl Weaver, the high school sophomore is ranked inside the top 100 for the class of 2025 and has been invited twice to Team USA’s national training development program.

The sisters both play lacrosse for Boston College, where their dad and former NFL quarterback Matt Hasselbeck was also a student-athlete.

Annabelle, a junior midfielder, and Mallory, a sophomore attacker for the Eagles, partnered with Vantage Sports this past summer to provide personalized training and camps for young athletes. The pair also have their own custom individual BC Lacrosse t-shirts that are sold online.