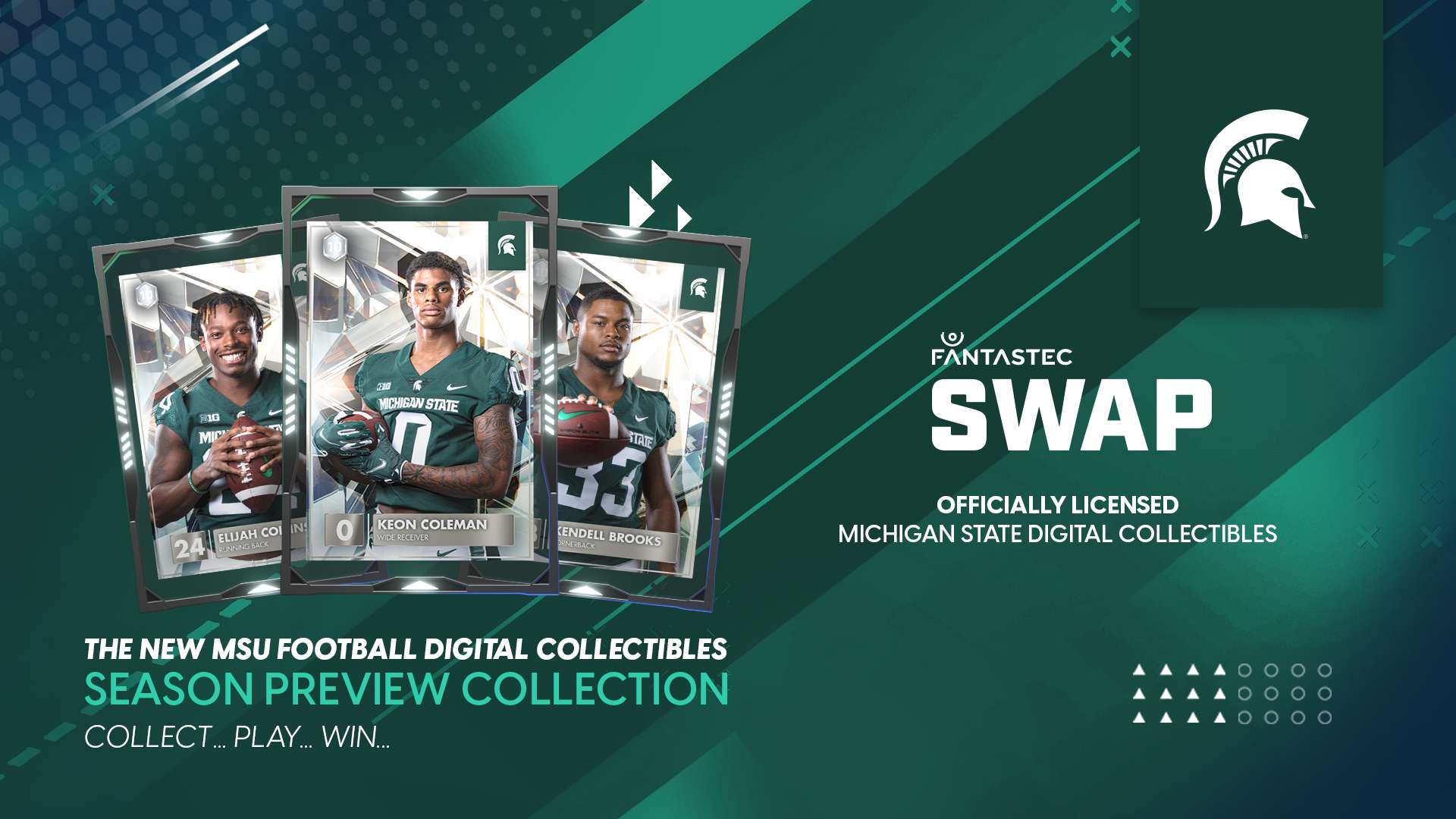 For a couple days this summer, Michigan State athletics hosted its own full-fledged movie studio, replete with 8K cameras, green screens and lightsabers and other props. The content creation extended beyond just rolling out the red carpet for the Spartan student-athletes — they brought their own creativity and personality to the shoot.

The temporary transformation was the first step of an innovative partnership between Michigan State athletics and Fantastec aimed to bring NFTs to the college sports world. Fantastec, which has previously worked with European soccer clubs to develop NFTs, engaged with student-athletes from across all of Michigan State’s sports programs for the content capture part of the NFT process. The partnership will allow fans from across the nation to feel like a part of campus and their favorite teams, while giving student-athletes NIL earning opportunities and avenues to express themselves.

Fantastec managing partner Steve Madincea was intrigued at the intersection between NIL and NFTs and saw Michigan State, a program with a national following and an ambitious direction under football coach Mel Tucker, as a perfect fit.

“I’ve been watching NIL and everything that’s been going on, and I’ve thought NIL plus NFT is the sweet spot,” Madincea says. “Student-athletes can remain in class, they can do their workouts, participate in competitions and make money.”

One of the selling points of Fantastec’s presentation to the higher-ups at Michigan State athletics was its handling of all parts of NFT creation, from the content capture on campus to its blockchain arrival on the Fantastec SWAP app.

While Fantastec’s NFT release is just hitting the market this week, the immediate reaction from the student-athletes engaging in the content capture and posing for their own NFTs was overwhelmingly positive. A couple of Spartans added their own props, such as cowboy boots and mismatched sports equipment, to give their NFTs a personal flair. Fantastec also made a point of working with athletes from across all of the teams, rather than just picking the best players from the most prominent sports.

“For the student-athletes, they think it’s the greatest thing they’ve ever done,” Madincea says. “Their trepidation turns into engagement, turns into involvement. They think about what they want to do and how they want to present themselves. All of them will be very proud when we turn these out.”

Madincea and his Fantastec team is hoping to connect with three different groups in the Michigan State fanbase: students, alumni and non-alumni fans who still root for the program. In today’s age of digital sports consumption, Madincea believes Fantastec’s digital-first approach to NFT production will resonate with the current generation of sports fans and enhance their connection to the Spartans.

“The sports fan experience is already changing — as much as Michigan State can hold 75,000 fans in their stadium, there’s now well more than 750,000-plus fans watching digitally,” Madincea says. “We want to connect them and make them feel closer to everything in the stadium and what the team is going through. It’s really built for that digital sports fan, and that’s what we hope to do and hope to succeed at.”