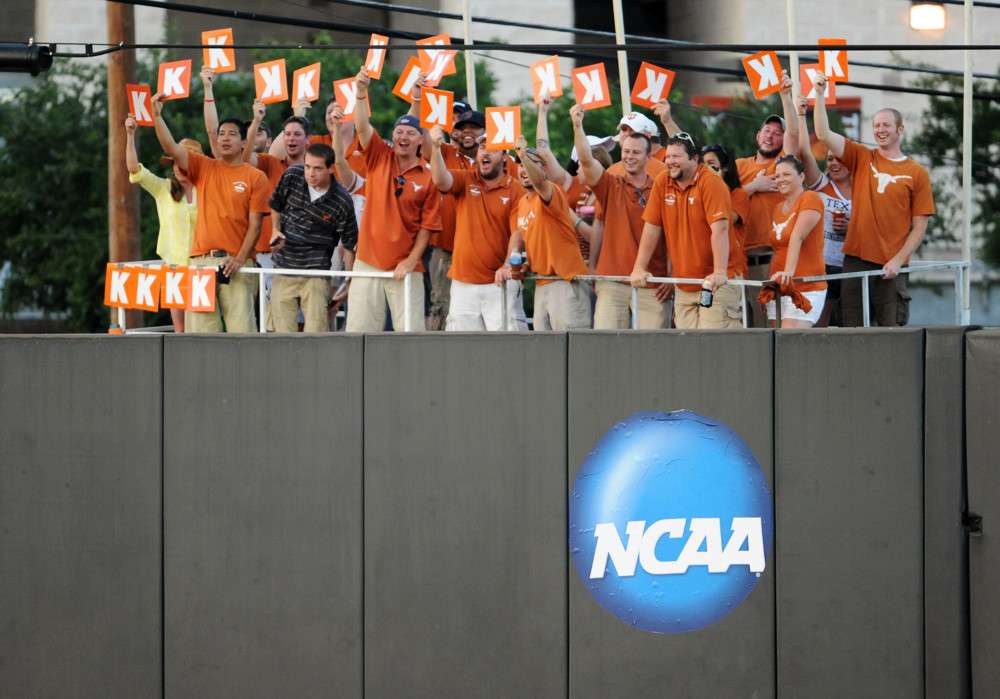 With MLB’s Spring Training likely to be delayed due to the ongoing lockout, a common sentiment is that we’re still a good ways away from the baseball season. With basketball season rounding into form as we inch towards March Madness, many college sports fans don’t have baseball on their radars at the moment.

However, the Division I college baseball season is underway. As discussed in a previous BCS article, this will be baseball’s first season where NIL is in effect. In the piece, we outlined potential ways certain student athletes and programs could benefit from NIL, but now we have one of our first examples to point to.

What is Occupy Left Field?

Recently, Occupy Left Field, a new non-profit consisting of former players, alumni and fans of the baseball team at the University of Texas, announced that members on the Longhorn’s roster will have the opportunity to earn up to $10,000 per year in name, image and likeness revenue.

Britt Peterson, the president and co-founder of Occupy Left Field, said the foundation is a registered 501(c)(3) in Austin that will contract with members of the Texas baseball team “to appear at charitable events in an effort to amplify fund-raising for important causes.”

The name “Occupy Left Field” comes from the vibrant tailgate scene that occurs at Longhorn baseball games beyond the left field fence at UFCU Disch-Falk Field in Austin. One of the unique aspects of the college game that separates it from professional baseball are the boisterous crowds featured at many schools across the country, and Occupy Left Field is certainly a great example of that.

With their new NIL initiative, members of the Occupy Left Field Foundation are expressing their fandom in a new and potentially more impactful way. Creating a significant home field advantage is one thing, but providing NIL deals to Longhorn players is certainly a recruiting tool that will help the program in the long run.

Check out our full list of university-specific NIL collectives

Since NIL came into effect in July of 2021, perhaps no other school has embraced the new era of college athletics more than the University of Texas. Between the Clark Field Collective and Horns With Heart, the Longhorn faithful is setting their school up for sustained success on the recruiting trail for the foreseeable future, and the Occupy Left Field Foundation only adds to this.

The University of Texas might be known best for their football program, but the school’s baseball program is actually the most accomplished at the university. Texas is the winningest program in college baseball history with six national championships and 37 College World Series appearances. The fanbase is hungry for a seventh title, and the Occupy Left Field initiative could go a long way to bring the best talent to Austin to accomplish just that.

The Longhorns opened their 2022 campaign with a three-game sweep of Rice at UFCU Disch-Falk Field in Austin. Occupy Left Field will certainly be rocking as they cheer on their preseason #1 ranked squad.

Read details on all of the university-specific NIL collectives