Student athletes can earn $100 per pair of jeans sold 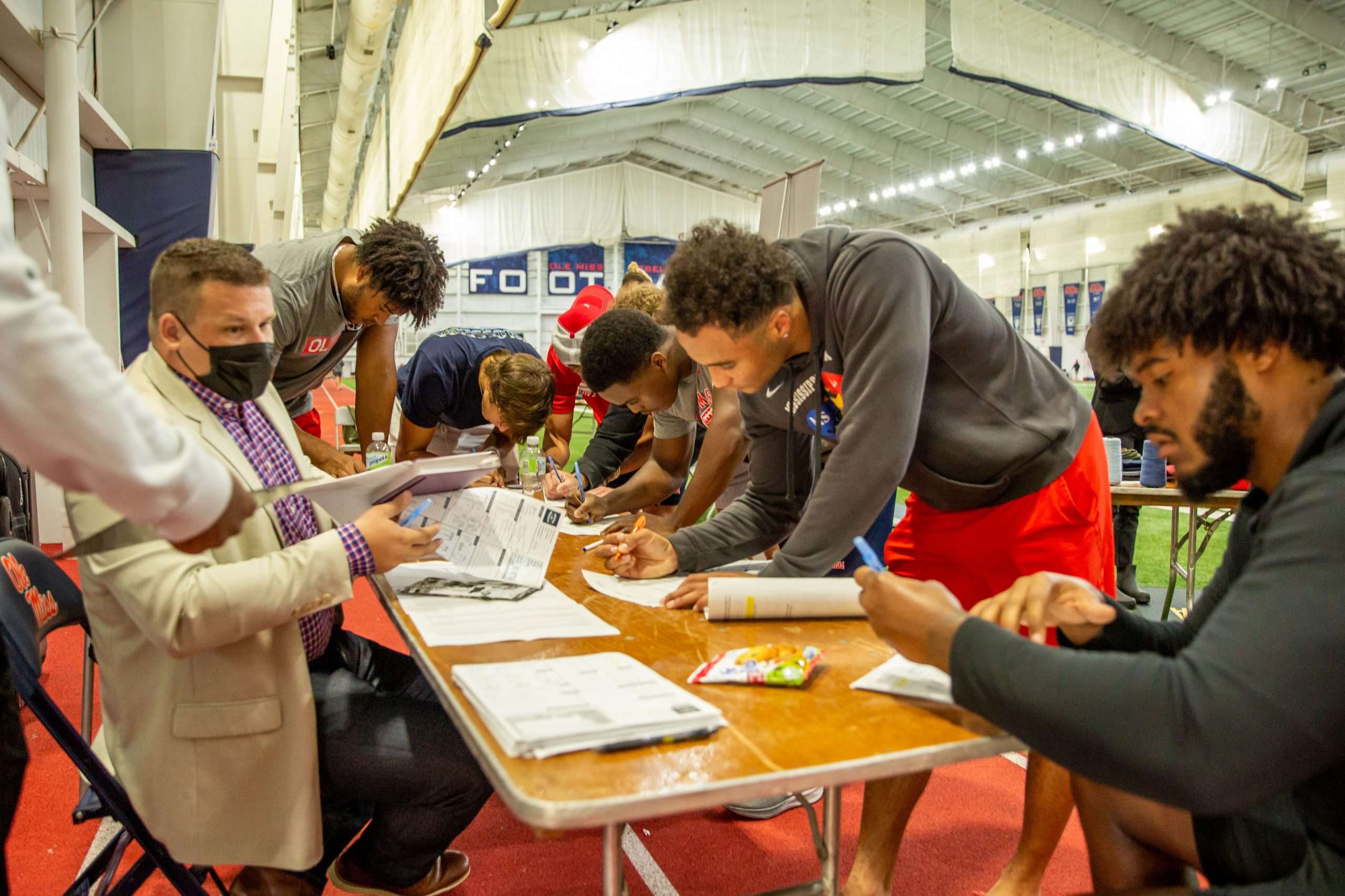 Tupelo-based Blue Delta Jeans, a bespoke denim company, has offered every player on the Ole Miss football roster a name, image and likeness deal. Players who accept the offer will each receive a custom pair of jeans, which they’ll be able to design, with a retail value of $450 in exchange for at least one social media post per month from September 2021 through January 2022.

With its only retail store located just minutes from the Ole Miss campus in Oxford, Blue Delta believes working with the team allows it illustrate how its jeans custom fit any body size, from the smallest player on the team to the largest.

Blue Delta creates a custom pattern for each client using 16 measurements from the waist down, which can be taken in person or online using the company’s state-of-the-art virtual tailor. The client then gets to create their own design by choosing from 50 fabrics and 18 thread colors, in addition to selecting their cut, to create a one-of-a-kind jean.

“They can do anything. The 300-pound guard who’s never been able to buy jeans off the rack and wants skinny jeans, he can have skinny jeans if he wants,” explained Tyler Sutliff, an investor and operating partner of Blue Delta.

“We take care of our customers and treat them like family through the design process. We make sure each customer is happy with their finished jeans, and we guarantee fit,” said Blue Delta co-founder Nick Weaver. “Our brand is on the rise, just like Ole Miss football, and we are excited by the possibilities of working with the University’s student athletes.”

It makes sense to do this in our backyard,” said Sutliff. “Lane Kiffin was wearing Blue Delta jeans at four or five of the games last year during the Walk of Champions. We fit all the coaches, so it was just a natural progression for us to offer something to players.”

Blue Delta co-founder and CEO Josh West agrees the move to working with players after this summer’s change in NIL rules was an obvious next step for the brand.

“Social media sharing and our loyal following among athletes and celebrities have been huge drivers of our brand’s growth,” said West. “The NIL world is obviously new, but we see a huge opportunity in partnering with Ole Miss here in our backyard. Everyone from the fourth-string kicker to the quarterback will have an opportunity to participate.”

On Monday, Blue Delta was on campus measuring the 33 student athletes who opted into the deal—plus another 11 who are reviewing the paperwork—working with each player to create their own custom design. The brand plans to deliver the jeans to players next week ahead of the Alabama game, but under the terms of the deal, each player will need to post their first social media promoting the brand before receiving product in order to abide by compliance requirements.

Despite some storylines around NIL that paint athletic departments as having been in opposition to NIL, Sutliff says Ole Miss has been great to work with ever since the brand approached them with the idea to make an offer to the entire team.

“We worked with [executive associate athletics director] Jennifer Saxon, who I call our ‘NIL sherpa.’ She helped us not only get to the right spots in terms of compliance but also with scheduling. We’re trying to balance football practice and school schedules, games and off weeks, and she’s really helped us thread the needle.”

In addition to the product, student athletes also have the opportunity to earn additional compensation by promoting their own personal code to their audience. Players will receive $100 each time their unique code is used, and they will receive an additional pair of jeans for every 20 times their code is redeemed. However, in order to be eligible for each monthly payout, they’ll need to show proof of at least one social media post in order to meet compliance requirements.

Fans can purchase the exact design their favorite player chose or any other combination they desire. As long as they use the player’s code, the student athlete will be eligible to receive the additional $100 per sale compensation.