Dunne gets stock options in the deal 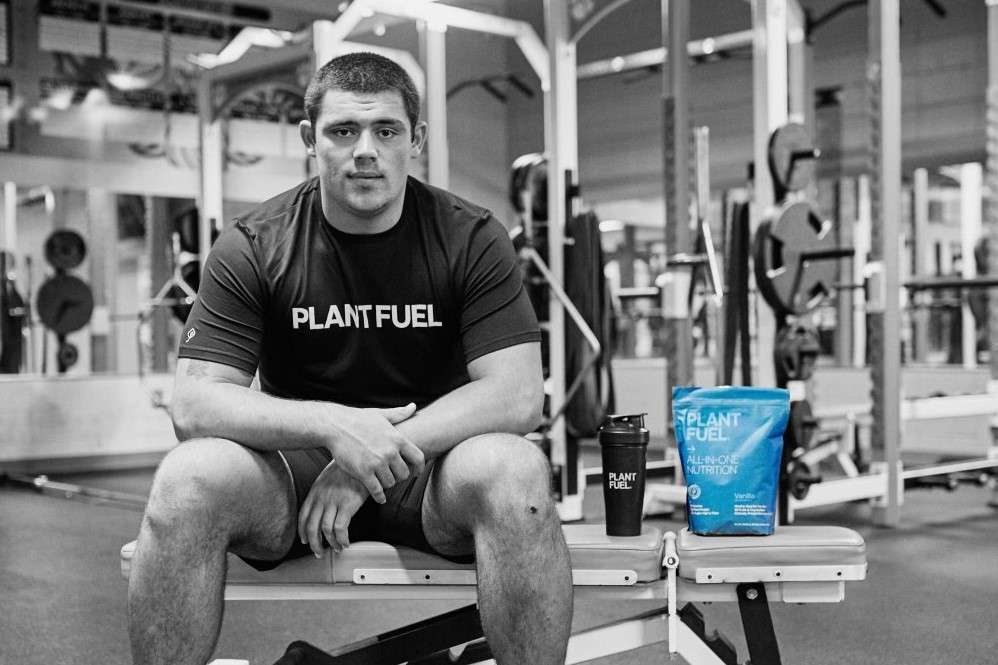 All of the student athletes are receiving cash in addition to product. Dunne is also receiving stock options in the company.

“I’m proud to partner with PlantFuel because they are committed to helping athletes perform at their best while also doing what’s best for the planet,” said Bresee. “Maximizing performance requires me to be selective about what goes into my body. I wanted to partner with a company that focuses on research, quality and safety.”

Pyatt, himself a former college and NFL athlete, said he’s been anxiously awaiting for the opportunity to work with student athletes.

“They are the biggest influencers, in my opinion, because they know high school kids and they still have their finger on the pulse [of that demographic]. We’ve worked with NFL athletes—and will continue to do so—but college athletes are still young. They’re still raw. They’re still authentic.”

He says Dunne and Rattler were easy choices.

“I wanted to go after what I thought would be the two most recognizable athletes within their community. Not necessarily consumers knowing them, but athletes being influenced by other athletes. Olivia [Dunne] and Spencer Rattler, they’ve got the biggest buzz and the biggest names. To get athletes to come on with a new brand, you’ve got to have some substance and some credibility. So with Livvy [Dunne] and Spencer [Rattler], they instantly gave us credibility.”

After those three, Pyatt says he started looking at student athletes that could give his brand traction in specific areas of the country.

“We went to the brand values of college teams, so Clemson, Alabama, Ohio State, Oregon—the main top 10 teams. For us, within supplements, the mid-America is where your general consumer base is. A lot of people think it’s California or Florida, but it’s really mid-America where you get a lot of people.

“Because there are no NFL teams in Alabama, for example, we have four or five guys from Alabama. They’re superstars in their community. So that’s another thing we looked at: how do we get the most famous athletes and the most traction with those communities, particularly in Middle America and SEC football.”

Pyatt says the brand obviously had a lot of student athletes to choose from, but they went into the selection process looking for athletes who would do more than simply accept a payment in exchange for a social media post.

“We want athletes to actually want to take the product. We want to athletes that will go further than just what the contract says and really buy into our culture and what we’re doing.”

In addition to social media promotion, student athletes partnering with PlantFuel will also be creating content for the brand.

“We’re gonna have a big content piece where you can figure out what Livvy [Dunne] does for a workout or what Spencer Rattler does and so on,” said Pyatt.

PlantFuel has also negotiated its student athlete contracts to include experiential elements.

“We also have a game day experience with a lot of the football players,” said Pyatt. “So, let’s say Clemson is playing Ohio State in the National Championship. We’re able to bring our vendors or investors to a game and get on the field with Spencer [Rattler], or maybe we take some of our partners to dinner with Spencer after a game to meet him.”

There’s another interesting thing the brand asked of its student athlete partners.

“I’ve asked each athlete to put our PlantFuel athlete hashtag in their bio. People go to their Instagram or whatever every day. If we have 100 athletes over the next year, people will start catching on. So that’s a big thing for us. It’s small in terms of ask, but it’s big brand value.”

That valuable real estate is limited. With character restrictions for most social media bios, student athletes will only be able to put a limited number of brands in those bios. Some brands may also require exclusivity in that space.

“Nike was working on one of our deals we ended up not doing,” Pyatt said, “and they were fighting big time that Nike was exclusive in the bio, so when I saw that, I knew we were on to something.”

Pyatt says it has become essential for PlantFuel’s athlete deals.

“It’s a must. It’s a deal-breaker for us because eventually after they post and six months has gone by, or whatever the cadence is, those are gone. [The bio] is there every day.”

Pyatt says PlantFuel plans to sign 100 student athletes over the next 12 months.