The Gamecocks’ team-wide, six-figure deal will help raise awareness and funds for the Testicular Cancer Foundation. 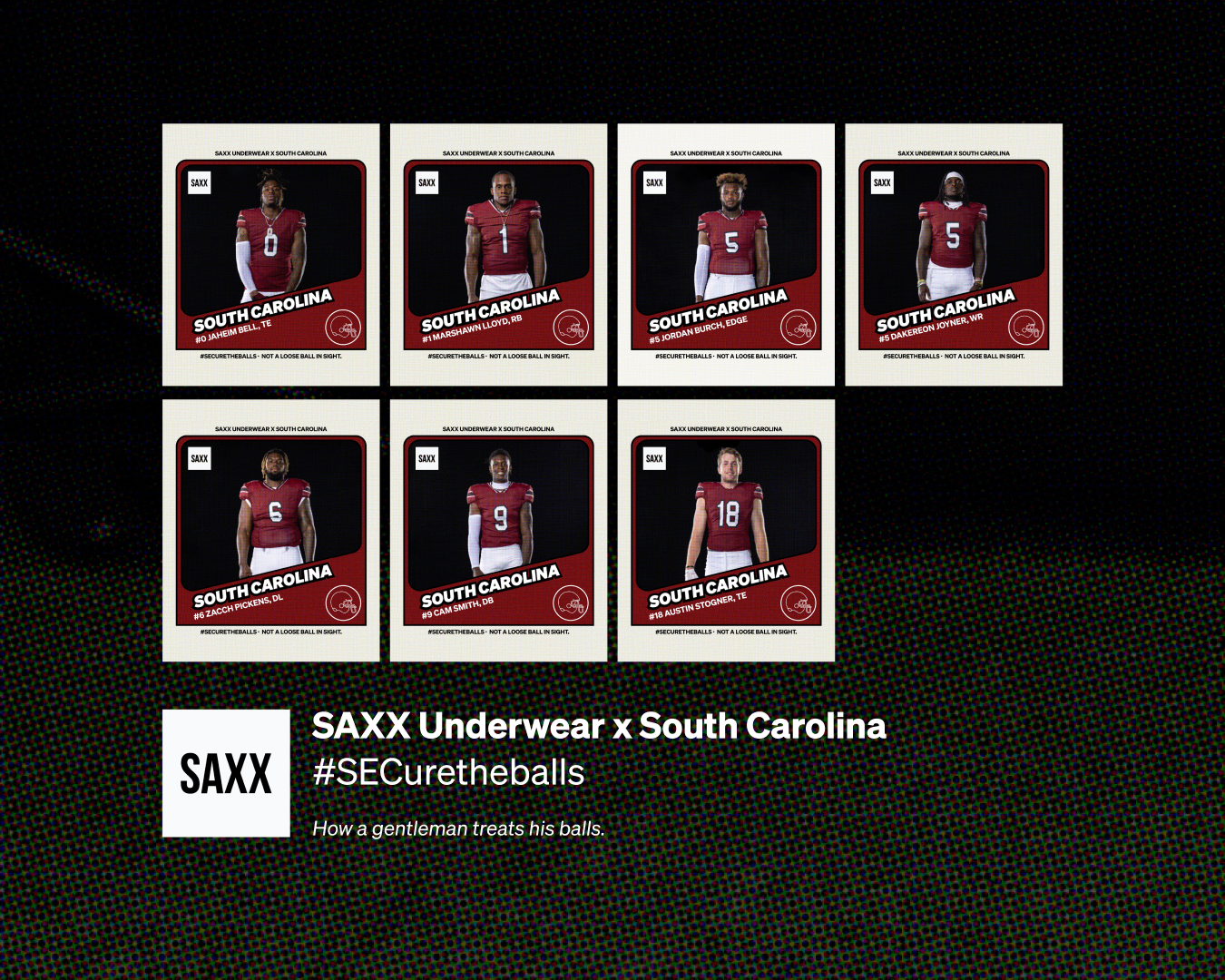 Last week, the clothing brand SAXX Underwear partnered with South Carolina football on a team-wide deal that will help raise awareness for testicular cancer and directly benefit the Testicular Cancer Foundation (TCF). The deal is facilitated through the Gamecocks’ NIL subsidiary, Park Ave, and is in total a six-figure NIL deal.

Previously, SAXX has partnered with two NFL stars, Buffalo Bills receiver Stefon Diggs and Dallas Cowboys cornerback Trevon Diggs, to promote its brand and the cause, but the opportunity to join forces with an SEC football team was too good to pass up.

“After securing the balls in professional football earlier this year with our Chief Ball Officers, Stefon and Trevon Diggs, we wanted to expand our reach into the college ranks,” Wendy Bennison, Chief Executive Officer, SAXX, said in a press release. “The Gamecocks were the perfect match. We’re excited to not only secure their balls, but also support philanthropic initiatives around testicular cancer, which is especially close to home for SAXX.”

Through the deal, SAXX will donate $1,000 to TCF for every South Carolina sack, while the Gamecocks contributed a $5,000 donation to start the partnership.

According to SAXX’s press release and data from Mayo Clinic, testicular cancer ranks as the most common cancer for men between the ages of 15 and 35, which is a well-represented demographic among college football fans as well.

“The partnership between SAXX and South Carolina isn’t just a funny pun,” Tani Song, Park Ave Sports Management Agent, said in the press release. “They represent a demographic that is in the heart of a cause that is close to SAXX’s heart – protecting balls from testicular cancer.”