Schools Begin Preparing To Adopt Their Own NIL Policies

Florida was one of the first schools to post its NIL rules. 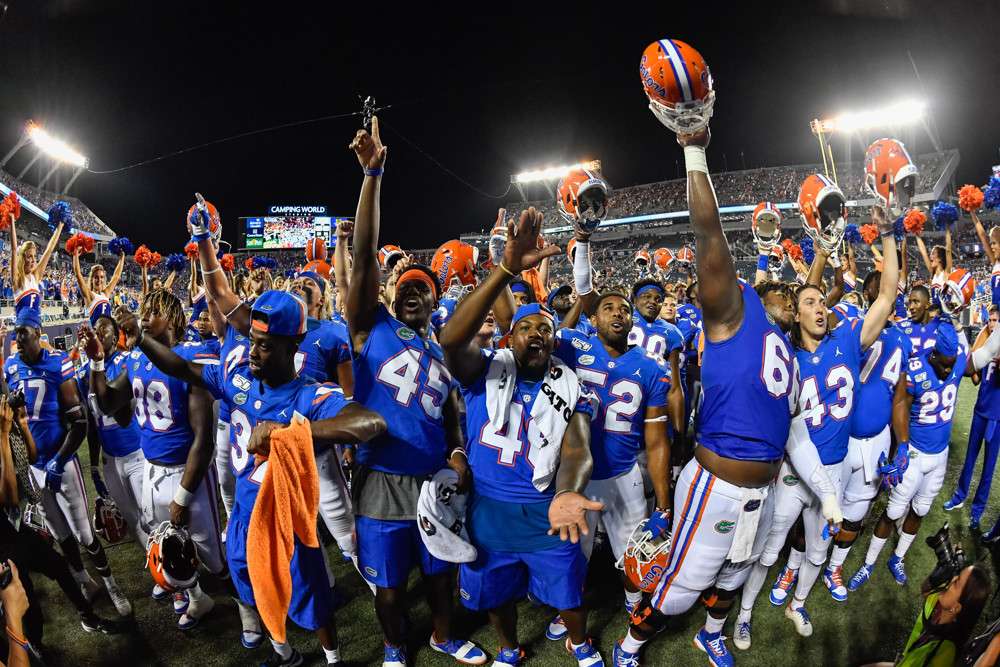 All signs now point to the NCAA removing itself from the particulars of implementing name, image and likeness rights for student athletes. It’s not a surprise after last week’s ruling in the Alston case. However, it has left schools scrambling to come up with their own rules prior to July 1, when at least seven states go into effect.

Instead, the NCAA appears to be planning not to adopt its own policies but instead to waive enforcement of its existing bylaws that prohibit student athletes from monetizing their name, image and likeness. Schools in states with name, image and likeness laws would be subject to those laws, but in those without laws granting NIL rights, schools could each adopt their own policies.

In a document obtained by Dennis Dodd of CBS Sports, the two guiding principles the NCAA is focus on are i) removing penalties for student athletes who exercise the right to monetize their NIL rights, and ii) requiring that schools post their written NIL policies on their websites and that those rules prohibit payments from boosters in exchange for athletic performance or attendance.

A proposed template for schools

Faced with the need to adopt their own rules, many schools began scrambling this week to figure out what should be in any rules they may need to adopt on their own. Former Forbes.com contributor Darren Heitner, a Florida attorney involved in Florida’s NIL legislation, offered up a template for schools.

Key provisions of the template include granting student athletes the right to receive compensation for use of their NIL, whether to promote athletically or non-athletically related business activities, and assurances earning compensation will not impact their grant-in-aid or athletic eligibility.

Heitner’s proposed policy does allow student athletes to reference their involvement in athletics, including referencing the university. However, university marks may not be used without express permission. Student athletes may representation from an athlete agent or attorney, as long as they are licensed to do business in the state.

The template also contemplates a requirement that student athletes disclose any deals to the compliance department and allows for a 96-hour review. Certain categories would be prohibited, such as alcohol, tobacco and sports betting. Like Florida’s law, Heitner’s template would require student athletes to participate in financial literacy or life skills workshops.

Opendorse and INFLCR, companies that already have existing relationships with a number of schools to support in compliance and education related to NIL, are also preparing to assist their partner schools.

Opendorse says it has an NIL policy generator that automates a template for schools. The template takes into account the school’s location and any existing state laws that apply and then asks the user a series of questions with regards to how the school plans to allow use of institutional marks, content, facilities and more. The template can generate more than 75 custom sections based on a school’s preferences. Opendorse says it has been working on the template generator for more than 10 months as states have proposed and passed NIL laws.

Schools will also get a custom set of posters to display in their facilities that educate student athletes on their individual school policies.

For schools that are part of Opendorse’s NIL Policy Kit—which starts at $6,000 or is included free with Opendorse Monitor (a compliance product)—the template generator is built into Opendorse’s compliance platform and can automatically check disclosed NIL activities against a school’s custom NIL policy.

Opendorse has been working with Chris Schoemann of FirstTeam Sports Consulting, LLC, a former NCAA administrator with thirty years of experience in NCAA compliance and infractions matters, to craft policies and solutions to help institutions navigate state regulations and any forthcoming NCAA rules or federal legislation.

INFLCR says they’ve developed three main resources to assist institutions on establishing, communicating and tracking their NIL regulations. First, INFLCR is partnering with Heitner to provide a legal document template, built with baseline regulations, for the general counsel of institutions to use as they draft their own policies. There will also be an infographic template provided to help schools communicate their NIL regulations to student athletes, coaches, staff and vendors.

Clients of INFLCR will also have attestation software to store regulations within the settings of their INFLCR Verified account so that student athletes and vendors can attest to each key point of the institutions NIL regulations during their disclosure process on the INFLCR app.

University of Florida goes public with its NIL rules

The University of Florida was the first school spotted as having posted NIL rules on its website today ahead of the state’s legislation going into effect July 1.

Some key aspects of Florida’s rules include:

One rule that stood out was with regards to compensation from boosters. UF’s rule states, “The University of Florida, the athletic department, staff members or boosters may not compensate or arrange compensation to a current or prospective intercollegiate athlete for her or his name, image, likeness.”

At first glance, this appears to go beyond anything that has been contemplated at the state level or even from the NCAA. In fact, from the NCAA’s own draft policy, it’s clear boosters can be involved in compensating student athletes:

“The NCAA Division I Name, Image and Likeness Legislative Solutions Group and the NCAA Division I Council have agreed that boosters should be permitted to engage in NIL-related activities with prospective and enrolled student-athletes. This position is based on the idea that many boosters support intercollegiate athletics in appropriate and beneficial ways and should not be over-regulated to protect against potential bad behavior. Further, in many communities, boosters are prominent commercial actors who engage in business opportunities that would attract student-athletes and benefit from their participation. Precluding booster involvement would unnecessarily restrict opportunities for student-athletes.”

However, Heitner, who was involved with the state’s legislation, provided further clarification into what the state law is meant to cover.

Just the first example of many to come with regards to what is—and isn’t—allowed by various state laws and institutional rules. Buckle up.

This piece originally appeared on Forbes on June 24, 2021

What Does Supreme Court Decision Against NCAA Mean For Name, Image And Likeness?
Governors in Kentucky and Ohio Sign Executive Orders for NIL, PA Next?